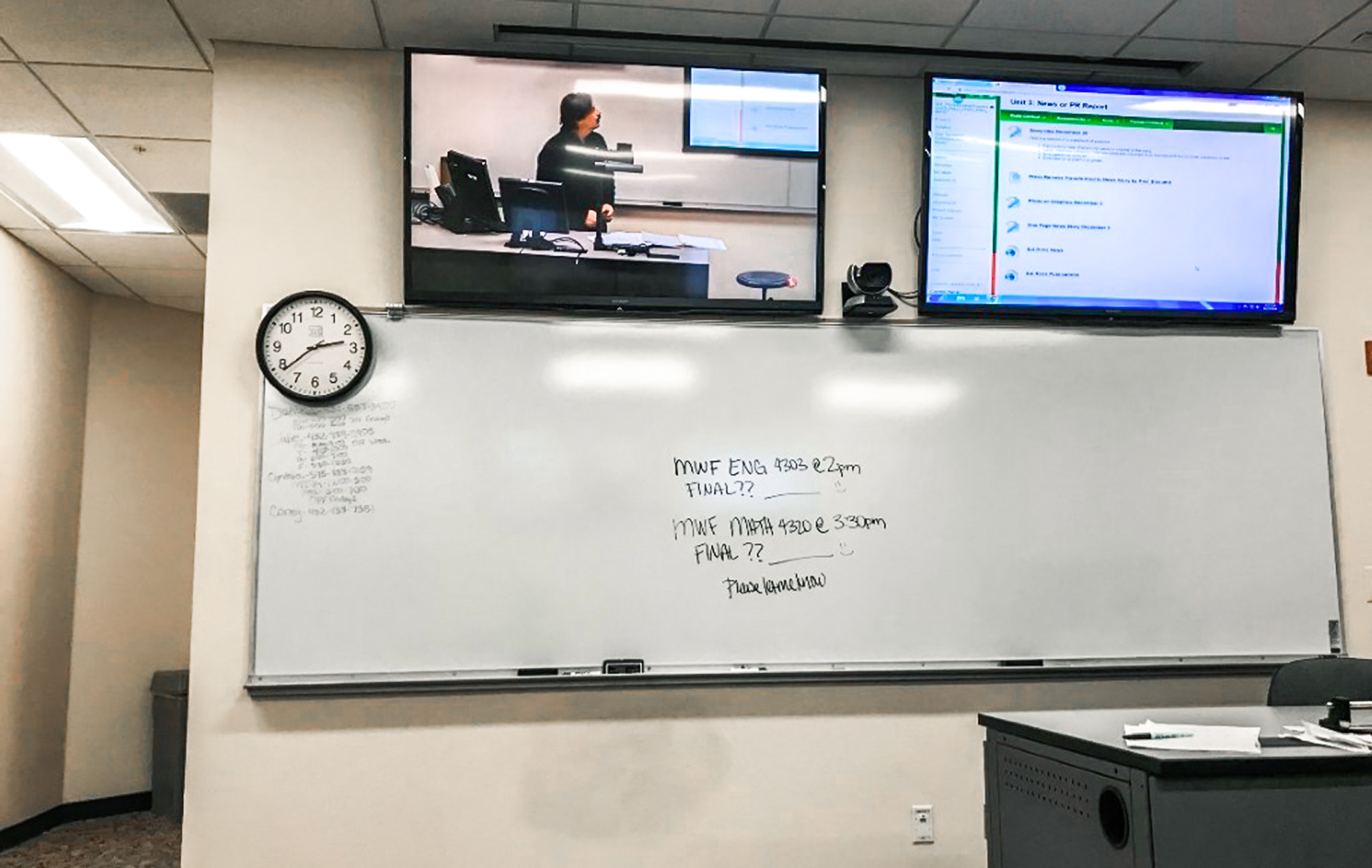 Students in Midland should consider themselves lucky when it comes to trying to find cheaper routes in which to get their degree.  Many students choose to use the Legacy Scholarship, which allows two free years of college if a person completes 40 hours of community service.  This scholarship is so readily used because of the amount of money it saves students in the long run; however, when a student finishes their first two years, they may have a difficult time locating a university that is still affordable.

“That can be up to 90 credit hours,” says Sul Ross advisor Melissa Shenkman.  “And being at Midland College tuition rates, that’s where you see the major savings.”

For example, tuition and fees for a three-credit-hour class at Sul Ross in Alpine are approximately $963.07; at Midland College the same class could cost only $534.00.  Not only is the course cost significantly cheaper, by remaining in Midland to attend college students can potentially save by not having to pay university room and board costs.

The SRSU Program also allows Midland students to feel as though they are in a small class setting.  While Sul Ross in Alpine already has pretty small classes, Midland students can, in some cases, have an entire classroom to themselves, viewing their Sul Ross professors over a screen while seated comfortably at Midland College.  In other cases, their may be a small number of students in the Midland College classroom.

Being the only student, or one of only a few, means professors can give each student a lot more attention.

“One of my professors always made sure to directly ask me if I understood what was going on, what the assignment was, and just made sure everything was getting through clearly,” stated Megan Lyon, a student going through the SRSU Program.

Courses also become more lecture-based with this distance learning set up.  Rather than working on assignments with a group from class, SRSU Program students take notes during a lecture and then perform the coursework on their own.

While Sul Ross professors frequently check to make sure Midland College students understand what is being said, and that the distance learning technology is working properly, there are occasional issues with the sound or video feeds.  However, both Sul Ross and Midland College have tech support personnel standing by to assist with these issues.

Distance learning isn’t for everyone.  Some students aren’t fond of lecture via video, feeling disconnected from the class.

“Some professors don’t realize that just because people in their physical class understand what’s going on, that doesn’t mean [the students in the Program] do,” said Lyon.

But ultimately, even though watching professors over a screen does come with limitations, the SRSU Program’s financial and logistical benefits remain significant for Midland College students.  Paying 40-percent less for college courses is certainly a bargain worth studying.