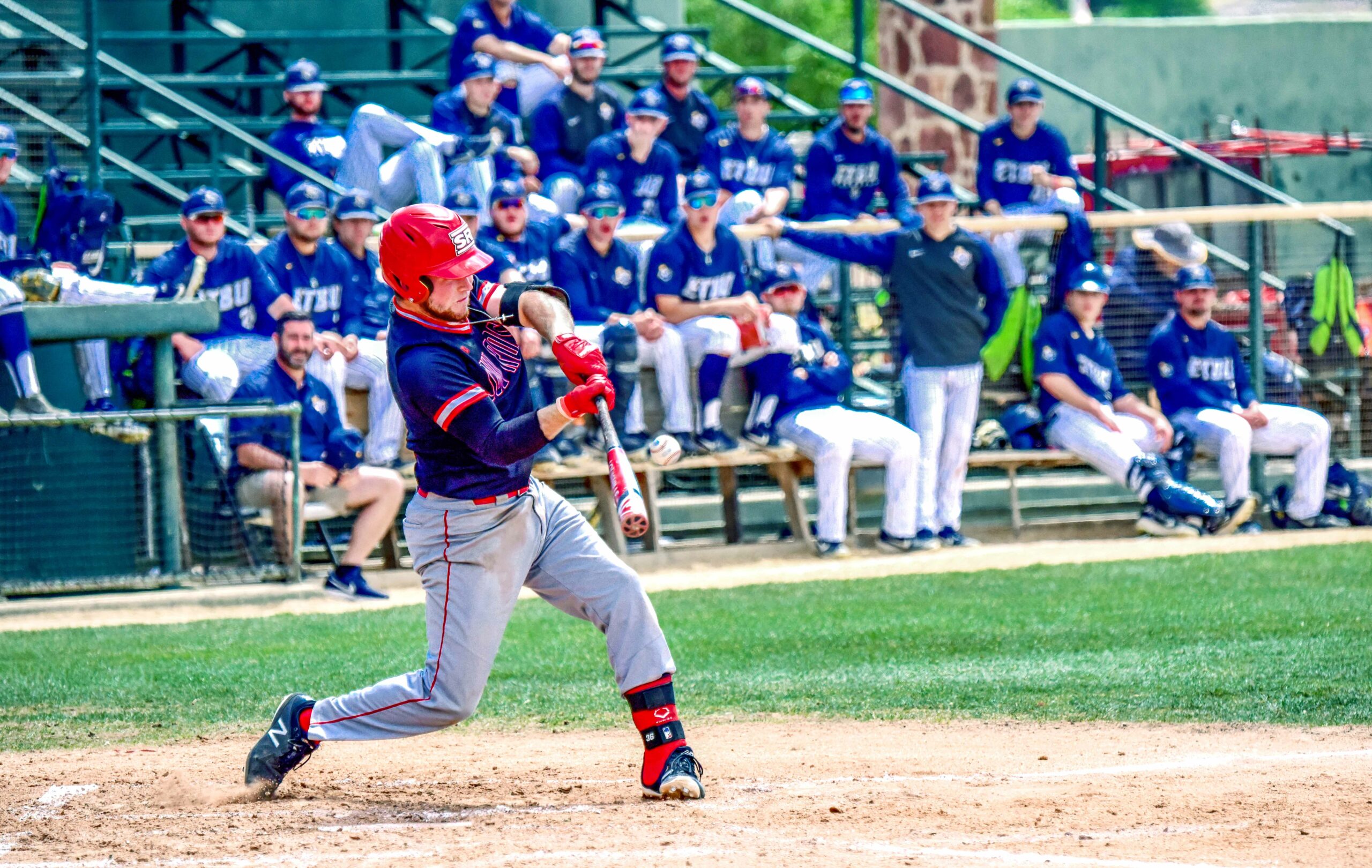 MIDLAND, Texas- University of the Southwest (28-19) plated nine runs in the 14th inning and defeated the Sul Ross Lobos (13-18), 15-7 in a midweek, non-conference contest in Midland.

The Mustangs extend their winning streak to ten games. The Lobos head to Richardson for a critical ASC series with U.T. Dallas Thursday and Friday.

Sully scored the initial run of the contest in the third as Jorge Marquez reached on a single scoring Tye Lindsey.

Southwest took the lead with a five-run attack over the fourth and fifth innings.

In the bottom of the sixth, Holden Simpson came across off a sacrifice fly by Ryan Acebedo. Daniel Rojo scored in the same inning off a single to left field by Lindsey pulling the Lobos to within two.

An RBI ground out in the eighth by Marquez drove in Acebedo before Rojo homered in the ninth to tie the game at five.

The Mustangs broke the knot in the 12th with a one-run frame.

Sul  Ross tied the game in the bottom of the inning as a single through the left side by Lindsey scored Andres Martinez.

Southwest then mounted their nine-run barrage in the 14th inning for a 15-6 lead.

Tim Johnson’s RBI ground out scored Acebedo in the bottom of the frame but it was too little, too late as the Mustangs sealed the 15-7 victory.

Simpson recorded the loss after three innings in the relief.

Marquez led the offensive effort at 4-for-8 hitting with two RBI while Lindsey and Martinez posted three hits each. Lindsey also finished with two RBI.

Both teams combined for 37 hits with the Lobos posting 19.