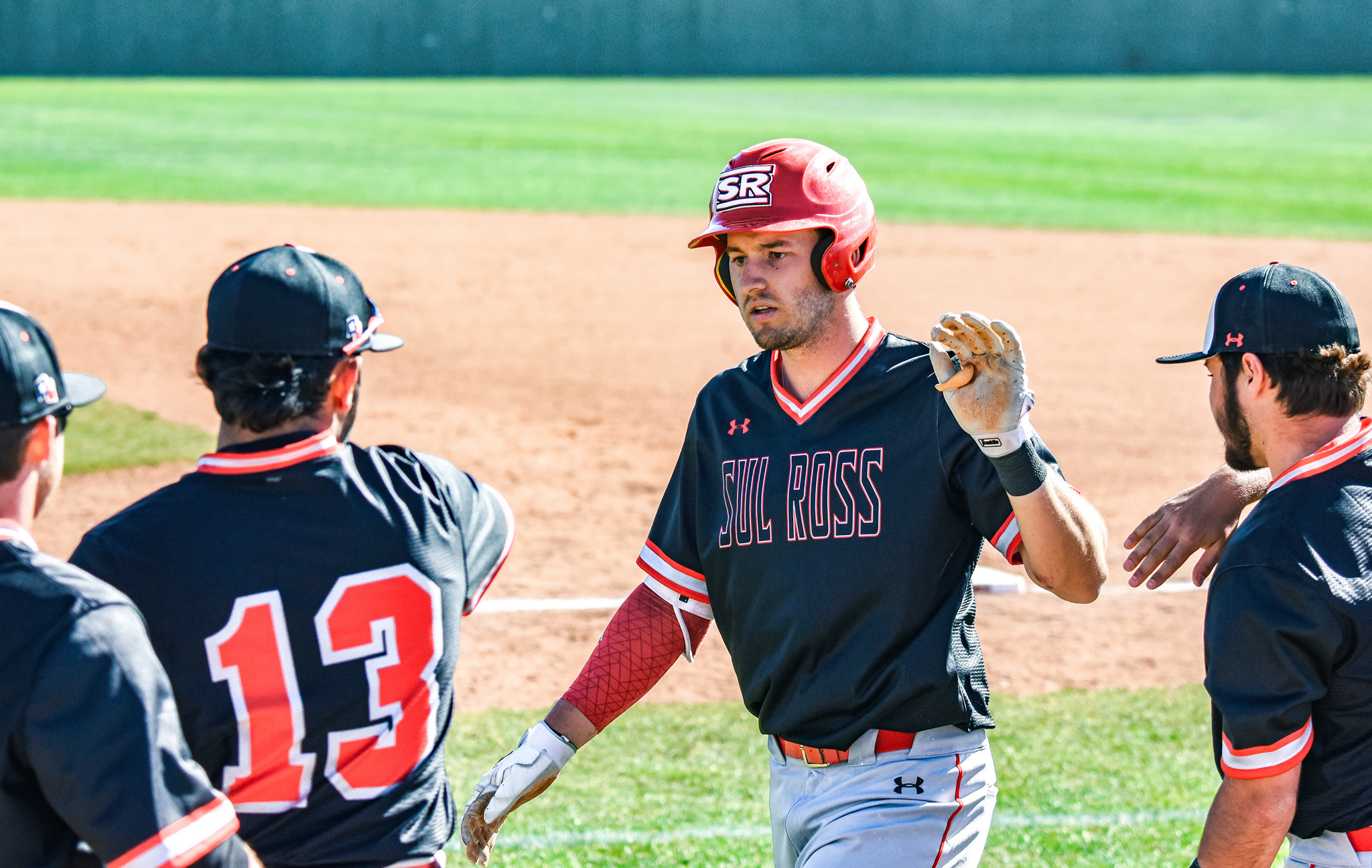 The Lobos claimed an 8-4 victory in the first game before dropping a 10-5 decision to the Yellow Jackets in game two.

The two teams combined for 17 hits with nine credited to the visitors.

Tim Johnson posted a team-high 2-for-4 hitting with a run scored and an RBI.

Howard Payne added a run each in the bottom of the first and second for a 2-0 lead.

The Lobos then pounced with four runs in the top of the third as Bo Justin Martinez scored on a single to right center field by Jorge Marquez.

Tye Lindsey then reached on an RBI hit-by-pitch that brought Johnson in to score and tied the game at two.

A sacrifice fly by Jett Hartley scored Chris York to break the tie before another SAC fly by Monty Maley drove Marquez across giving Sul Ross a 4-2 lead.

Sully added insurance in the fifth as Lindsey scored on a passed ball extending the Lobo lead to three.

Maley then scored in the sixth as Martinez reached base on an RBI fielder’s choice.  Johnson singled Wesley Moss across before a sacrifice fly off the bat of York plated Martinez, unearned.

The Yellow Jackets threatened with two runs in the sixth to cut their deficit in half but the Lobos sealed the victory in the seventh snuffing a Howard Payne rally.

Peyton Marett, seeing his first start of the season, posted the victory after six innings.  The Alpine senior allowed four runs off of eight hits with three runs and three strikeouts.

Howard Payne came out swinging in game two scoring three runs in the bottom of the first inning.

In the top of the second, a sacrifice fly by Maley scored Marquez.

The Yellow Jackets broke the tie in their half of the third with a run scored before adding three more runs in the fourth for a 7-3 advantage.

Sully fired back in the fifth with a triple by Johnson that scored Moss.  Johnson then scored on an RBI ground out by York with the Lobos down 7-5.

Howard Payne spread the gap with a one-run, bottom of the sixth before adding a pair of runs in the eighth.

For the game, the Yellow Jackets outhit Sul Ross by a 15-12 margin.

Johnson, Marquez and Maley posted two hits each with Johnson and York collecting two RBI each.

Sophomore starter Isaac Gallego was charged with the loss after 3.2 innings.

The Lobos will host Concordia University in a three-game, ASC series April 5 and 6. All three games will be streamed live on the Sul Ross Sports Network.