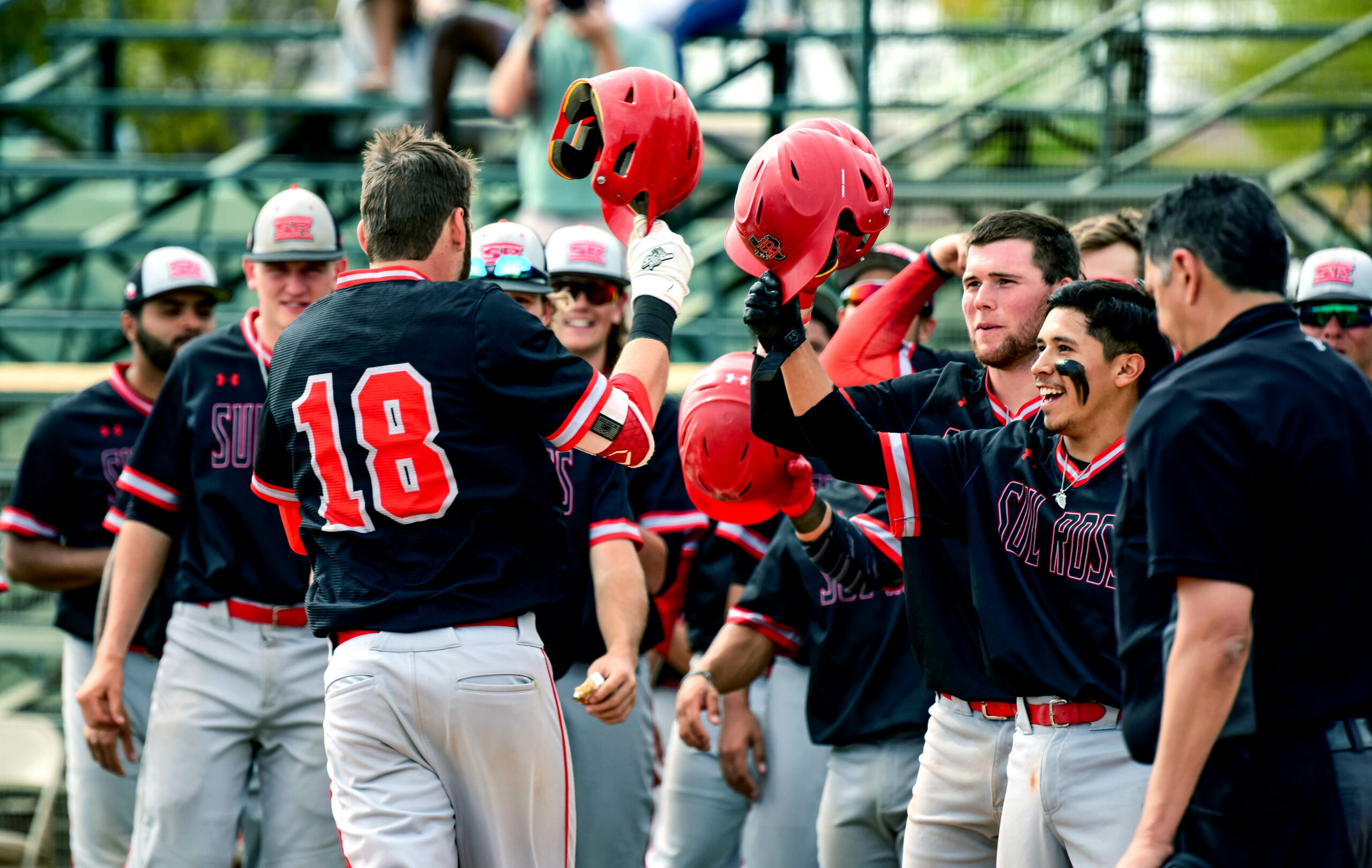 ALPINE, Texas- Following a 4-2 setback in game one against Concordia University, the Sul Ross Lobo baseball team pounded out 18 hits and survived a ninth-inning rally by the visitors for a 14-10 victory in game two of Saturday’s doubleheader at Kokernot Field.

After three scoreless innings, Concordia lit the board with a run scored in their half of the fourth.

The Lobos answered as a double by Jacob Pool scored Tim Johnson and Jorge Marquez for a 2-1 lead for the home squad.

The visitors then fired off a three-run attack in the next inning to take a 4-2 lead and never looked back.

Starter Peyton Marett was charged with loss after six innings from the hill.

Marett yielded the visitors’ four runs off of eight hits while striking out four and allowing a walk.

The two teams split even on a 36-hit payload.

Jacob Pool batted a perfect 4-for-4 while Marquez finished at 4-for-5. Pool also led the squad with four RBI and three runs scored.

Following a one-run, top of the first by the visitors, Sully spread five runs over the second and third innings.

In the second, a single up the middle by Pool scored Marquez before Tye Lindsey’s double brought Pool across for a 2-1 Sul Ross lead.

A sacrifice fly by Chris York in the third plated Wesley Moss before Marquez’s infield single scored Bo Justin Martinez giving the Lobos a 5-1 lead heading to a scoreless fourth.

Sully banked on a two-run attack in the bottom of the fifth as Pool homered to left field scoring Marquez for a 7-1 advantage.

Concordia responded with two runs in the top of the sixth and trailed by four.

Johnson then smashed a two run shot over the left field wall in the bottom of the sixth scoring Martinez before another RBI by Pool, this time on an infield single, brought Moss across and extended the Lobos’ lead to seven.

The visitors added another run in the seventh and trailed by six before Moss doubled in the bottom half scoring Joseph Sanchez.

In the same inning, Moss came across off a single by Johnson for a 12-4 Sul Ross lead.  Concordia then mounted a four-run sprint in the top of the eighth cutting its deficit to four.

A triple by Andres Martinez in the bottom of the frame scored Pool before a sacrifice fly by Lindsey brought Martinez across and spread Sully’s lead to six.

The Tornados’ rally came up short in the top of the ninth as the visitors mustered a two-run attack as Sul Ross survived the comeback attempt for the 14-10 victory.

Starter Damian Aspetia picked up his second win of the season after five innings holding Concordia to a run off of six hits.

The Lobos will host East Texas Baptist University in a critical three-game ASC series April 12 and 13.

Next weekend’s series will be streamed live on the Sul Ross Sports Network.