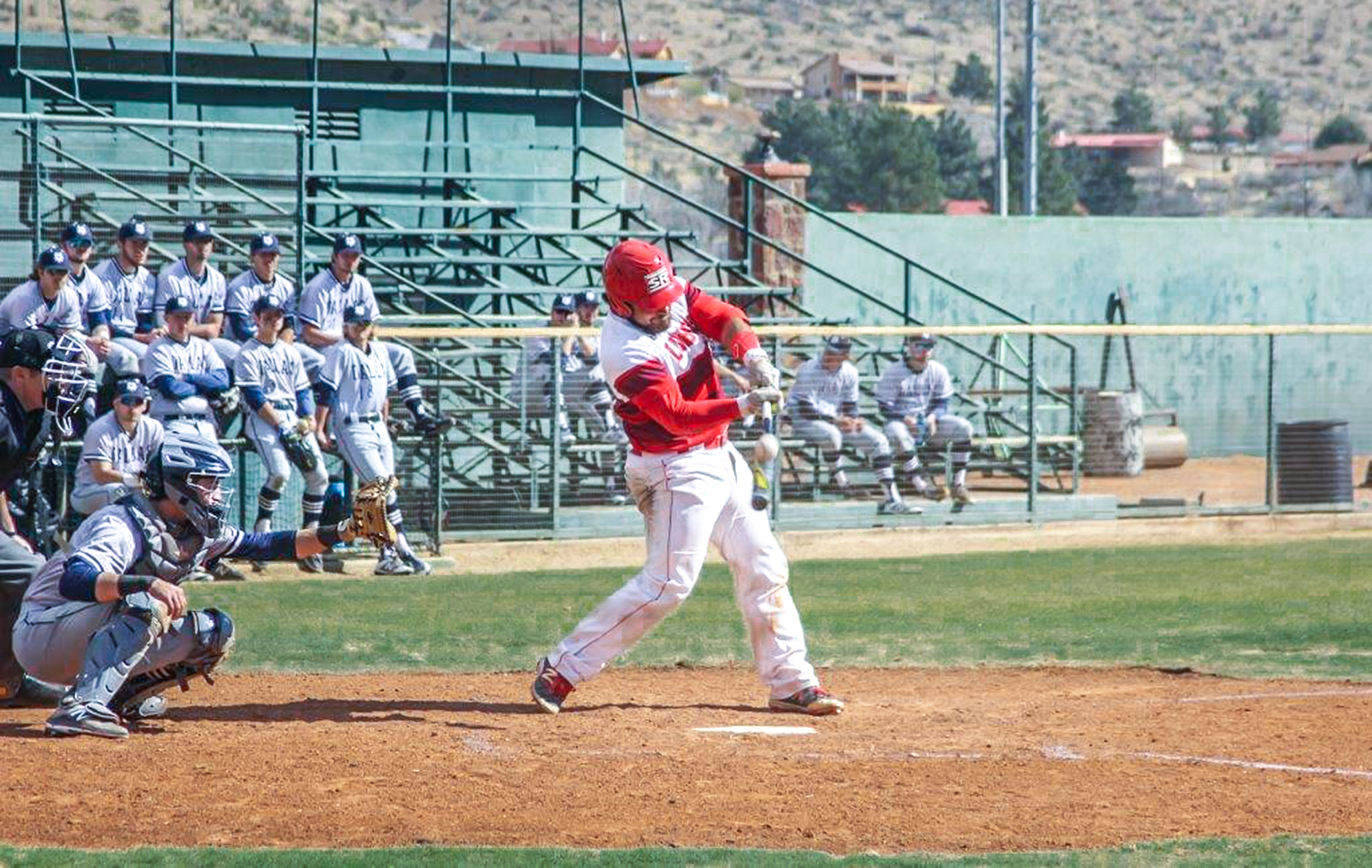 The Lobos dropped an 8-5 decision in game one before pounding out 12 hits in a 16-0 shutout victory in the second contest.

In Saturday’s first contest, a single by Jacob Ochoa in the top of the first scored Joseph Sanchez and Chris York for a 2-0 Lobo lead.

The Crusaders brought a run across in their opening at-bat before a sacrifice fly by York in the top of the second scored Ryan Acebedo for a 3-1 lead for the visitors.

Dallas then plated five runs in the bottom of the inning to take a 6-3 advantage.

In the Sul Ross sixth, Bo Justin Martinez scored off a sacrifice fly by Sanchez before Wesley Moss scored off a double steal to pull Sully to within a run.

The Crusaders reeled in a pair of runs in the bottom of the sixth and snuffed a Lobo rally to claim the 8-5 victory.

Both teams tallied seven hits in the first contest.

Following a dormant opening inning, the Lobos unleashed a 10-run barrage in their second at-bat.

Moss came across in the top half of the third off a wild pitch extending the Lobo lead to 11. A sacrifice fly by Daniel Rojo then scored fellow freshman Tim Johnson before another wild pitch brought Ochoa across for a 13-0 lead.

A single through the right side by Martinez plated Tye Lindsey and Jared Lorenz to finish off the inning as the Lobos held a comfortable 15-0 lead.

Lindsey then scored the last run of the outing in the next inning as Martinez grounded into a double play.

The game was called in the sixth by virtue of the mercy rule.

Sul Ross and University of Dallas start off the season at 1-1. Sunday’s rubber match and series closer between the Lobos and Crusaders begins at 1:00 p.m.