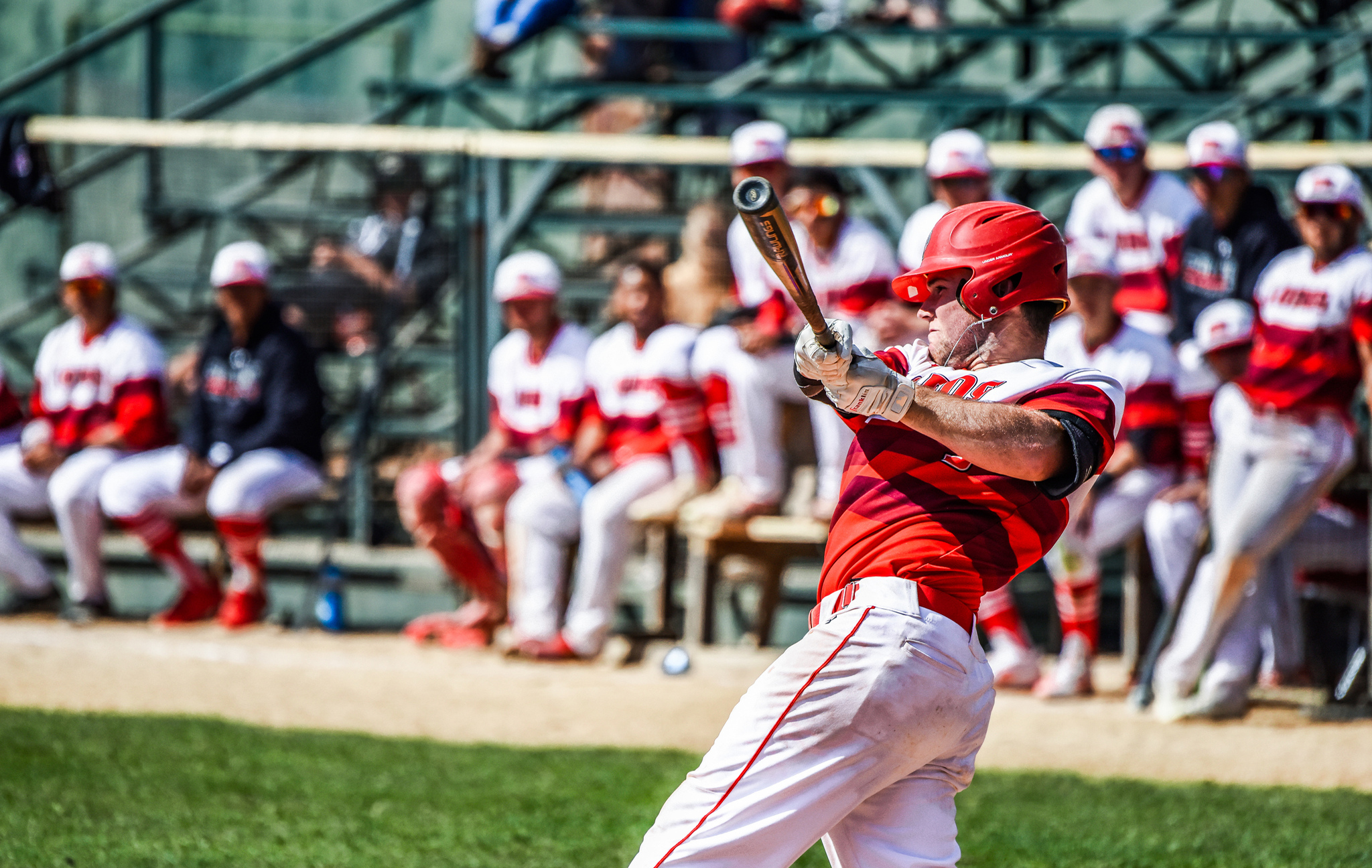 Taking advantage of five Lobo errors, the Crusaders rallied with a two-run seventh for a walk off 9-8 victory over the Lobos in game one.

The visitors recovered and held UMHB to just a hit and claimed a 9-1 win over the Cru in game two.

Sul Ross plated its first three runs in the first and second innings.

An RBI ground out by Tim Johnson scored Bo Justin Martinez before Chris York singled Wesley Moss across for a 2-0 lead after a half inning.

Martinez scored again in the top of the second off a single to right center field by Johnson giving Sully a 3-0 lead.

The Crusaders scored four runs, all unearned, in the bottom of the third to take a 4-3 advantage.

A double by York in the fourth scored Johnson and Joseph Sanchez as the visitors took the go ahead leading by a run.

York then scored in the same inning off a single by Jacob Pool for a 6-4 lead before a one-run, bottom of the fourth pulled UMHB to within a run.

Moss added some cushion in the fifth with his first RBI of the contest off a single that scored Jett Hartley.

The Cru then plated two runs in the fifth to tie the game at seven heading to a scoreless sixth.

Sanchez would score the final run for the Lobos in the seventh, unearned, off a sacrifice fly by Johnson to break the tie.

In the bottom of the seventh, UMHB’s Jacob Dellipoali led off the inning with a walk as Dawson Shibley entered the game as a pinch runner.

Jason Samuel then stepped to the plate and reached on an infield error pushing Shibley to second.

Hunter McQuary would reach on another infield error scoring Samuel and Shibley for the 9-8 walk off victory.

York paced the offense at 3-for-5 hitting with three RBI and a run scored. Moss and Martinez added two hits each while Johnson posted a hit and tied York with three RBI.

Sul Ross drove four runs across in the opening inning as Wesley Moss scored on a passed ball.

Jorge Marquez then came across off a wild pitch before York scored on an unassisted ground out to first base by Andres Martinez. Pool scored the final run of the inning off another wild pitch for a 4-0 lead.

Mary Hardin-Baylor scored their first and only run of the contest in the bottom of the first.

A single by Hartley in the third drove in Johnson for a 5-1 Sul Ross advantage.

Sanchez then singled Hartley across in the sixth before an infield single by Moss scored Monty Maley extending Sully’s lead to six.

The Lobos added a pair of insurance runs in the ninth as Moss scored on another wild pitch.

A sacrifice fly by York then plated Marquez for a 9-1 Sul Ross lead as the visitors closed the door on the Cru with a scoreless bottom half.

Moss and Hartley posted a pair of hits each with Moss finishing with two RBI.

Senior starter Aaron Marquez bagged his third win of the season after six innings. Marquez allowed a run and just one hit while striking out nine UMHB batters.

Relievers Isaac Gallego and Damian Aspetia finished the final three innings combing for four strikeouts and each without a hit surrendered.