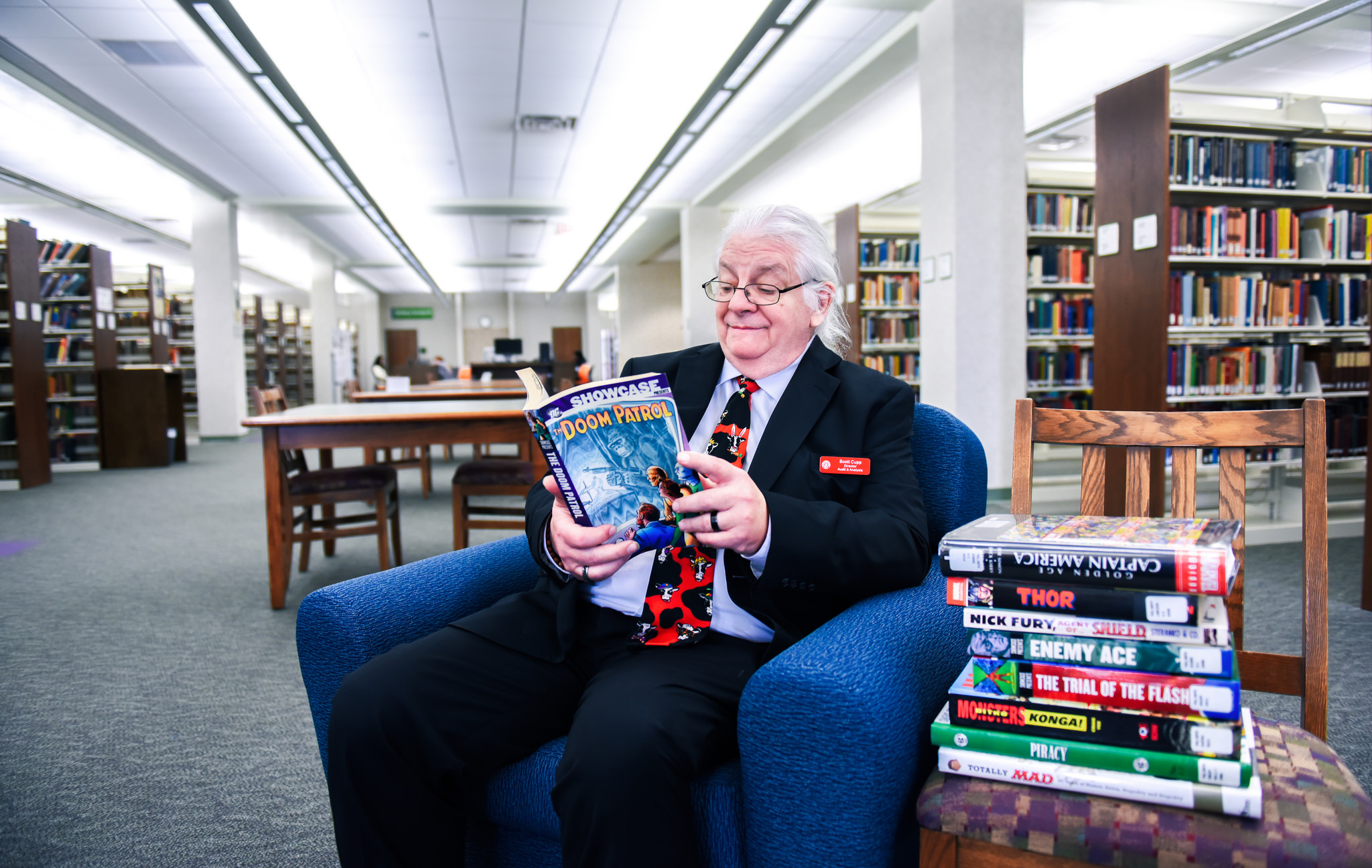 Thanks to a generous donation of more than 400 items from SRSU staff member Scott Cupp, Sul Ross State University students can now join forces with (or against) a bevy of new super heroes—all from the familiar comfort of Wildenthal Library’s third floor.

According to Lori Schreiber, the Library’s director of technical services, Cupp’s comics represent a significant change for pop-culture seeking patrons.

“Before this donation, our comic book and graphic novel collections consisted of only around 100 titles.  So, Scott’s donation represents a tremendous expansion of what we offer students and community members in that content area.”

Cupp, who is component director in the office of audits and analysis, has been an “omnivorous reader and collector” of comics for over five decades.  He hopes his gift of 12 bankers’ boxes full of super-hero-themed graphic novels and comics-related non-fiction will encourage not only reading for fun, but also an academic and artistic interest in the genre.

“I would like to see some Sul Ross professors utilizing this resource for their classes and their class projects,” he said.  “At the Library, these graphic novels and non-fiction works are available to everyone.  Maybe students will decide to come here because of the collection, and they can work on their scripts or their art with the examples of others to help guide them along.”

“If you are interested in popular culture, satire, super heroes, fringe artwork, or observing various aspects of daily life and culture from the last 100 years, you can find it in these books.  I learned a great deal of history and trivia from these books as a kid on up into my mid-60s.”

Cupp added that he will be making an additional, similarly themed donation of 250 items later in December.