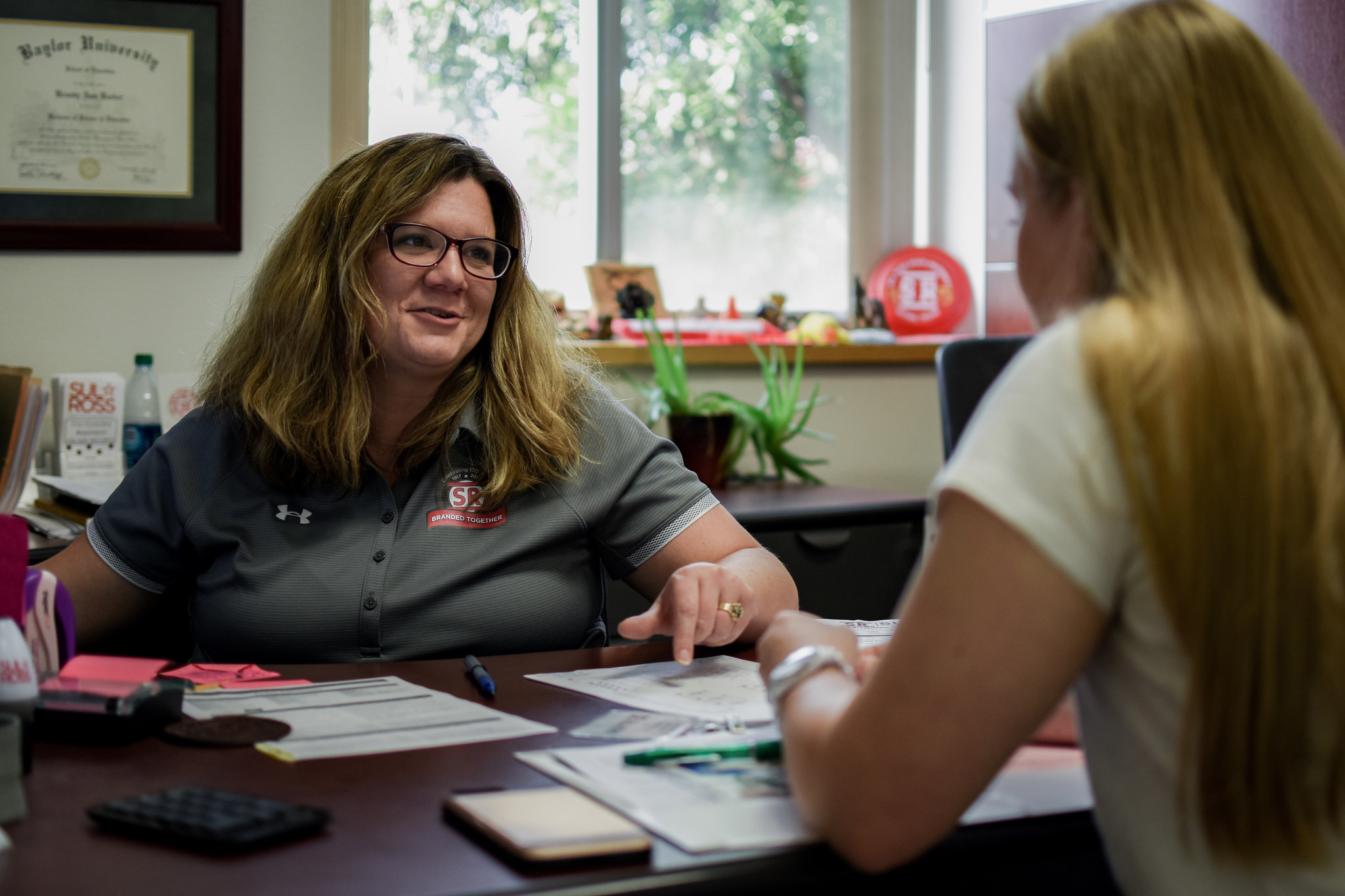 Sul Ross State University has named Brandy Snyder to be its first Associate Dean of Students.  Officially in the role as of August 1, Snyder will begin spearheading changes designed to improve the Alpine student life experience.

“We have the potential to make this an environment where students can thrive even more,” said Snyder, who has worked at the University since 2010.  “To make that happen, I want to increase the voice that students have in functions around campus.”

One change she already has planned is the creation of a student life advisory council.  The new group will be comprised of Lobos at various stages of their college careers, including those living in University housing and those staying in nearby cities.

“We will be seeking out potential student leaders as change-agents,” she emphasized.  “These leaders know their fellow students don’t come from a one-size-fits-all background, and they know we need to provide a varied experience to meet those unique needs.”

A native of Rye in East Texas, Snyder began her higher education career in 1999 as a residential assistant while enrolled at Baylor.  By 2004, she had risen to Hall Director in Campus Living and Learning and earned both bachelor’s and master’s degrees in education.

She relocated to Alpine in 2010 to take the Director of Residential Living position at Sul Ross—a move westward which had perhaps been preordained.

“My husband brought me to Alpine for a few days during our honeymoon.  He had dreams of living here.  A year later when I found the Director of Residential Living position posted on a Saturday around midnight, he wouldn’t let me go to sleep without applying for it.”

In 2011, Snyder moved her office to the Lobo Den, the University’s center for first and second-year students, in part to serve within a new Seminar course designed to help college freshmen succeed.

“The First Year Seminar’s impacts on students may appear small at first, but it truly has had a significant effect,” she said.  “Quiet, shy students want to come out of their shells and connect.  They just need the opportunity to do so.”

Despite her new title and increased responsibilities, Snyder plans on continuing to teach for the Seminar, including with this fall’s freshman class.

“The opportunity to get to know the new Lobos and to ensure they’ve been introduced to the skill sets that can make them successful is very important to me,” she said.  “Another positive is the ability to see them walk across the stage four years later at the end of the journey.  I’m getting smile lines around my eyes from the pride I experience on those nights at graduation!”

Snyder encourages Sul Ross students to contact her with ideas for improvement to student life.  She can be reached by email at bsnyder@sulross.edu.