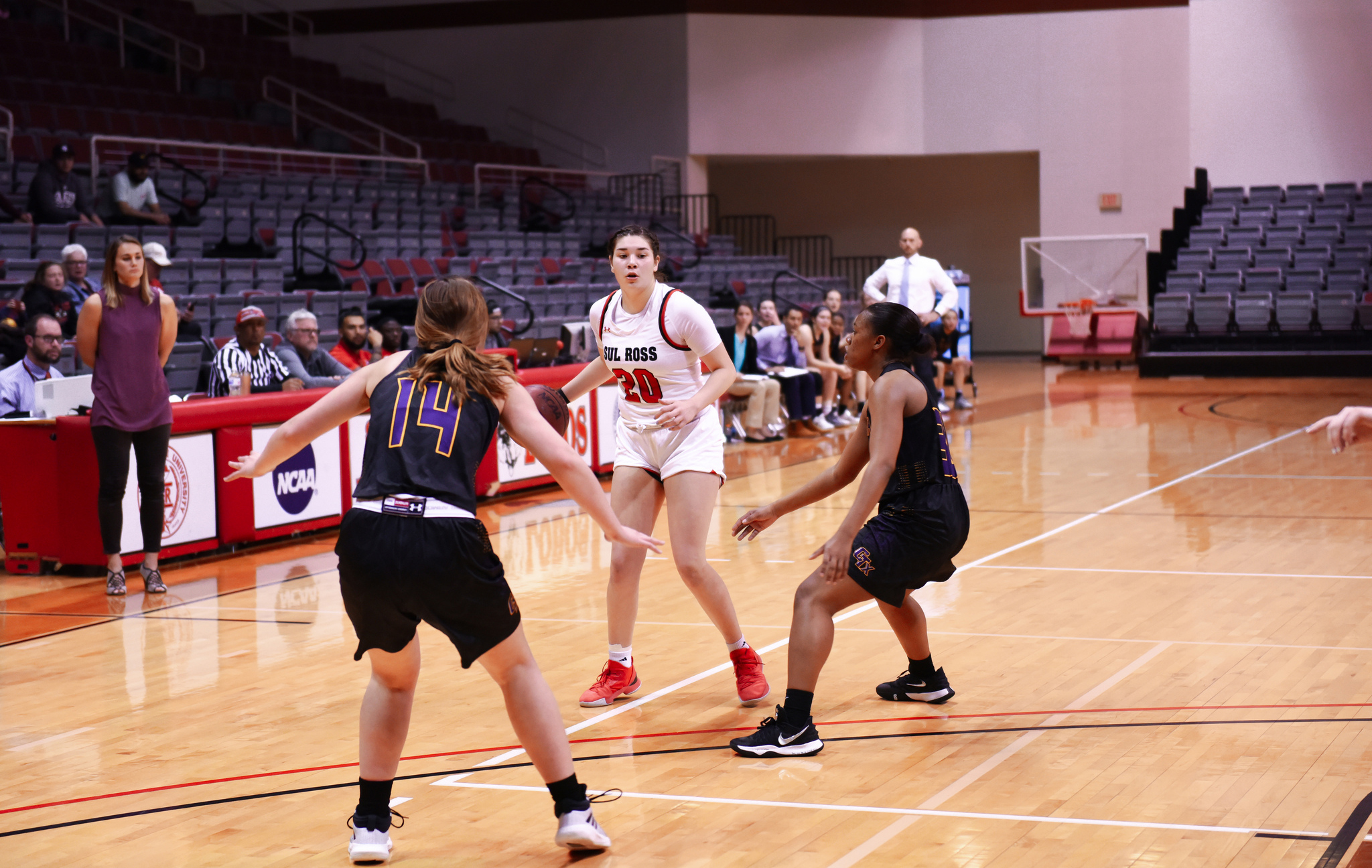 A series of lead exchanges spelled the early goings of the first quarter.

The Tornados converted the last bucket of the period off a layup by Payton Berger as Concordia trailed 13-9 heading to the second quarter.

Sully broke out to a seven-point lead off a three-pointer by Annie Lenoir with just over eight minutes remaining before the half.

The home squad cut its deficit down to one before a pair of free throws by Ashley Borland at 4:15 gave the Tornados a 26-25 go ahead.

Sully’s Makayla Hamilton then banked on two foul shots at the 3:49 mark for a 27-26 Lady Lobo lead.

Concordia reclaimed and held the lead until 21 seconds as Heredia hit a free throw to tie the game at 29.

With two seconds left, the Tornados’ Kacie Dunkerly nailed a triple as Concordia went to the break leading Sul Ross 32-29.

A three-point basket by Diaz tied the game at 40 with 3:39 remaining in the third.

Concordia broke the knot on the following possession as Lindsay Carter drained a triple at the 3:17 mark.

Sul  Ross battled its way down to a one-point deficit as Jocelyne Roque hit two free throws with 5:17 left in the contest.

Concordia quickly claimed the go ahead and held the lead for the next 3:10 of play. A steal by Heredia set up a three-pointer for Nunez giving the Lady Lobos a 64-63 advantage at 39 seconds.

Two free throws by Berger at 13 seconds swung the lead back to the Tornados before Dunkerly sealed the win with two more foul shots for the 67-64 final score.