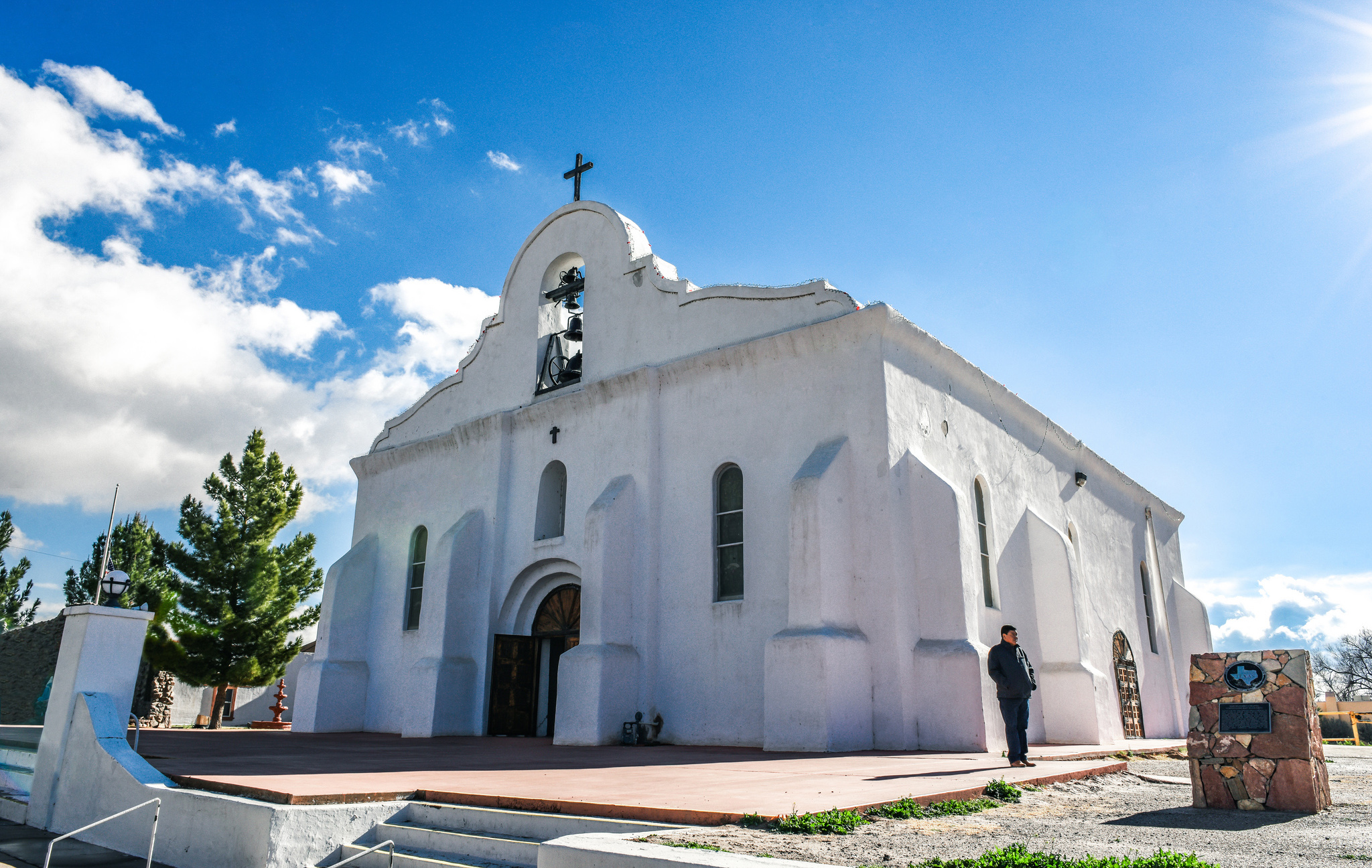 The story of El Paso’s Mission Trail begins thousands of years ago with the hunter-gatherers who first inhabited what is now the El Paso/Ciudad Juárez metro area.  These hunter-gatherers began moving towards agricultural food production around 400 A.D., and their transition culminated in complex pueblos built with adobe and inhabited between 1200 A.D. and 1450 A.D.  By the time Spanish explorer Juan de Oñate arrived in the area in 1598, the local inhabitants had resumed a hunter-gatherer lifestyle, surviving on small game and fish as well as gathered foods like mesquite beans, prickly pear, and various seeds and roots.

In 1680, indigenous people of northern New Mexico rose up against Spanish rule in what is now called the Pueblo Revolt.  Hundreds of Spaniards were killed and many more were driven out.  This event provided an opportunity for El Paso area Tiguas and others to help Franciscans establish the Ysleta Mission in order to aid those fleeing the Revolt.  The adobe Mission was built using wood from local cottonwood trees and decorated with Tiguan art.  Officially named La Misión de Corpus Christi de San Antonio de la Ysleta del Sur, the Mission is believed to be the oldest continuously operated parish in Texas.

Soon after construction began in Ysleta, Franciscans and New Mexico government officials traveled southeast to establish more communities for both Spaniard and native Piro, Tano, and Jemez refugees.  The Socorro community, viewed as the second oldest in Texas, ultimately received its church in 1682.  Nuestra Señora de la Limpia Concepción de los Piros del Socorro was destroyed in 1740 and 1829 floods; however, the current structure still uses the church’s original cottonwood and cypress support beams (vigas) and, as with the Ysleta Mission, combines Spanish architecture with native designs.  A bell tower, larger transept, and sanctuary were later additions.

Further southeast in San Eilzario, the Mission’s history dates back to 1789 when a Spanish fort and chapel were built.  Presidio San Elizario was abandoned in 1821 when Mexico won its independence, but in 1853 a small church was constructed near the Presidio site.  The current Presidio Chapel of San Elizario was completed in 1877 and extensively rebuilt in 1935 following a fire.  The namesake of the Chapel and the city, Saint Elzéar of Sabran, is the Roman Catholic patron saint of soldiers.