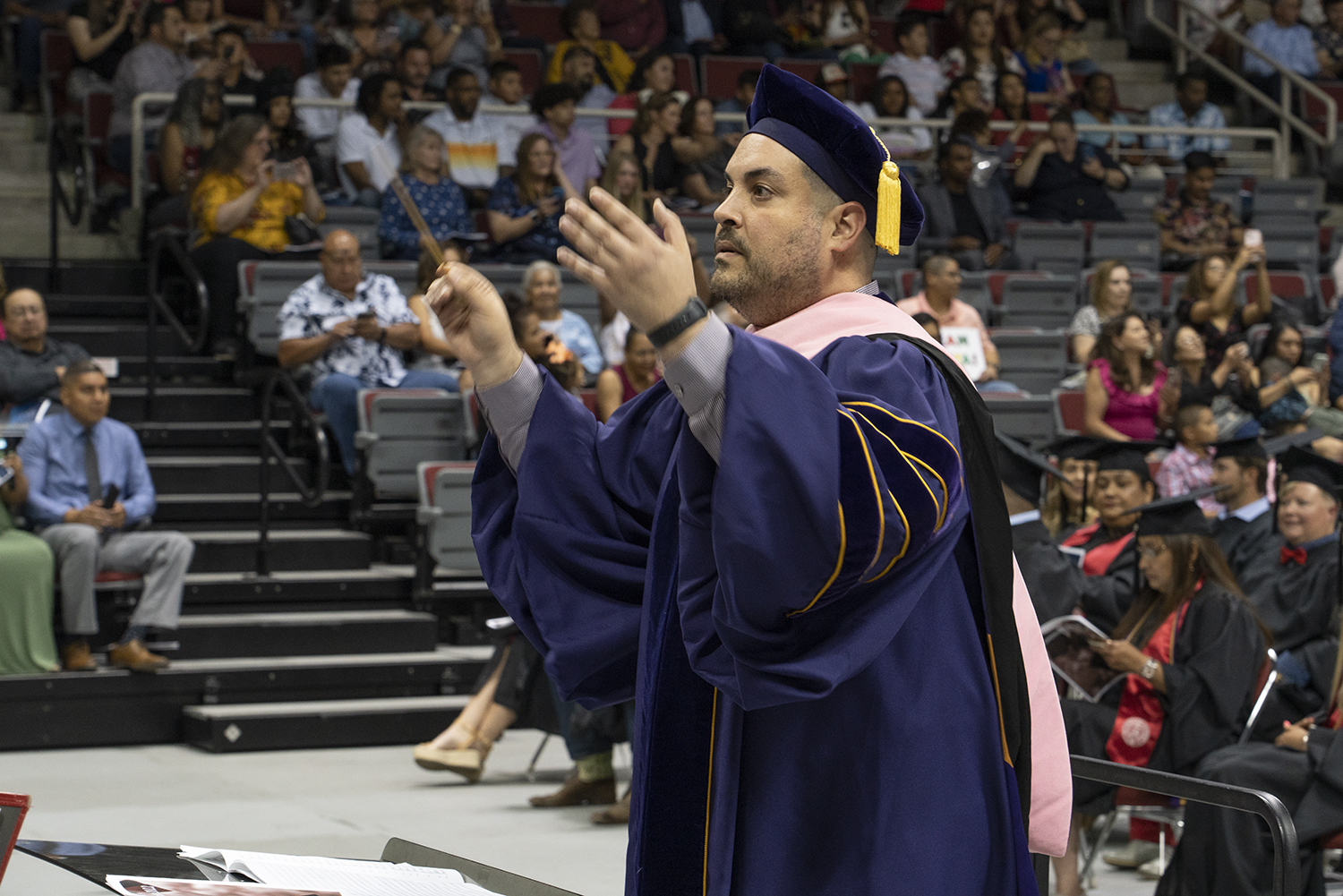 Dr. Andrew Alegria was elected as the Region 6 college chair of the Texas Music Educators Association at a meeting in Odessa on Saturday, April 23.

The TMEA was established in 1920 to “ensure excellence in music education for all Texas students,” according to its website. “On behalf of its members and Texas students, TMEA carefully monitors the actions of all state decision-making bodies on issues affecting fine arts instruction in Texas. In addition to many member benefits, TMEA offers professional development opportunities for its members with region workshops and especially with its annual clinic/convention. TMEA supports the future of music education by offering scholarships to music education majors and by sponsoring the Texas Future Music Educators, an organization through which high school students interested in careers in music education learn more about what to expect in their college education and future careers.”

As the region college chair, Dr. Alegria will be responsible for working on behalf of college faculty and student TMEA members within Region 6, which includes most of the tri-county area west to Van Horn, south to Sanderson and east to Sonora and stretches north to Odessa, Midland and Abilene and over to San Angelo, with several smaller cities and counties in between.

Dr. Alegria earned the La Vida Lobo Award in 2021 for directing the music in the widely attended campus Christmas tree lighting, the culmination of the first-ever Alpine Christmas Stroll, a project of the Alpine Historical Association. Dr. Alegria coordinated and combined several choirs and bands, including those from area high schools, bringing over 125 students to campus.

For more information about Sul Ross music programs and the Department of Visual and Performing Arts, visit sulross.edu.