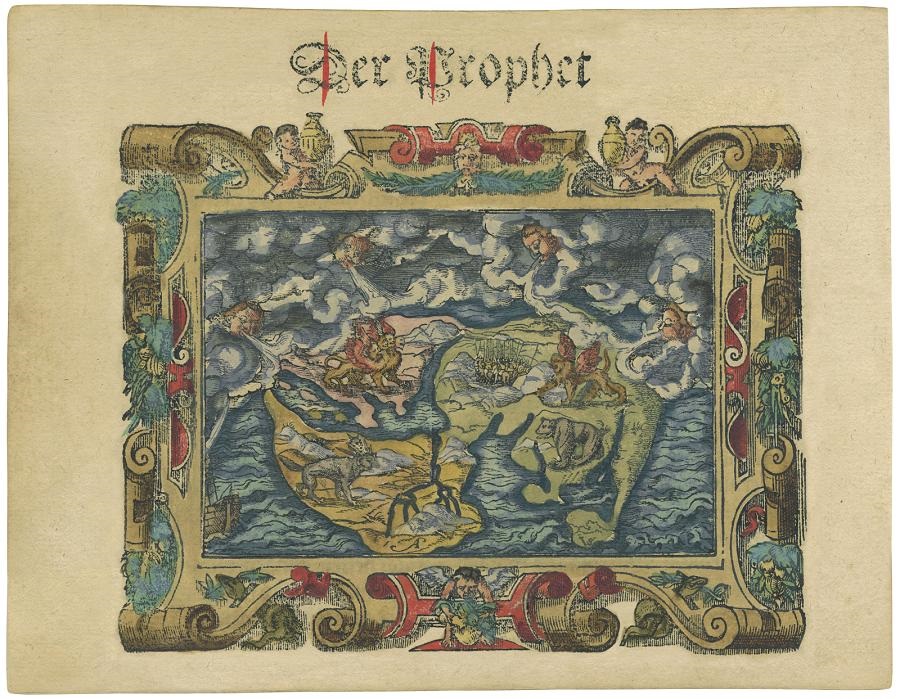 “Nothing like this has been done before,” Museum of the Big Bend Curator Matt Walter said, referring to an upcoming exhibit, “Five Centuries of Mexican Maps,” with an opening reception September 20 from 5:00 to 7:00 p.m.

The exhibit displays 64 maps dating from the 1490s through 1930s in various sizes from handheld to wall size.

Maps convey geographical boundaries, resources, mineral wealth and other information about places in a visually interpreted format. Cartographers want them to be attention grabbing and descriptive.

The show traces a changing national identity as political boundaries were drawn and redrawn beginning with the territory of New Spain and later Mexico.

“With all the changes in border that these maps highlight is the quest for Mexican identity. Cartographers try to tell the story of Mexican identity, which is in flux, even today,” Walter said.

The collection includes maps of Antonio Garcia Cubas, a preeminent cartographer active before and after the Mexican-American War.

Some of that history is left out of current Mexico history books because it represents a blow to Mexican identity, Walter intimated.

The 64 maps will have a simple label noting their creator and time period with no additional wall text, in order to encourage attendees to lose themselves in the visual artistry, Walter said.

However, Walter, also a historian, created a 70-page booklet to provide a written history about each map. A few copies will be available for guests to peruse while in the gallery.

The maps were donated to the Museum from the collection of Yana and Marty Davis.

“Marty is the foremost collector of maps of Texas and Mexico in the world and is still active,” Walter said.

The Davises, collecting for over 35 years, chose the Museum of the Big Bend to house some of their acquisitions as part of their mission to make rare documents accessible. They insist that the curious public have opportunities to see these rare historical documents in a secure but welcoming setting.

The Texas Map Society is holding their annual meeting in Alpine during the same weekend of the show’s opening so they can attend the historic event, Walter said.

The Society will host an entire day of speakers on Saturday, September 21 at the Espino Conference Center of the Morgan University Center.

More information about the meeting is at texasmapsociety.org.

The Museum always has a small display of maps hanging in the basement Map Gallery, but a show of this scale has not been done since the 2007 “Five Centuries of Texas Maps,” also curated by Walter.

A selection of geologic maps will be displayed in the downstairs Map Gallery for the duration of the exhibit, ending December 15.