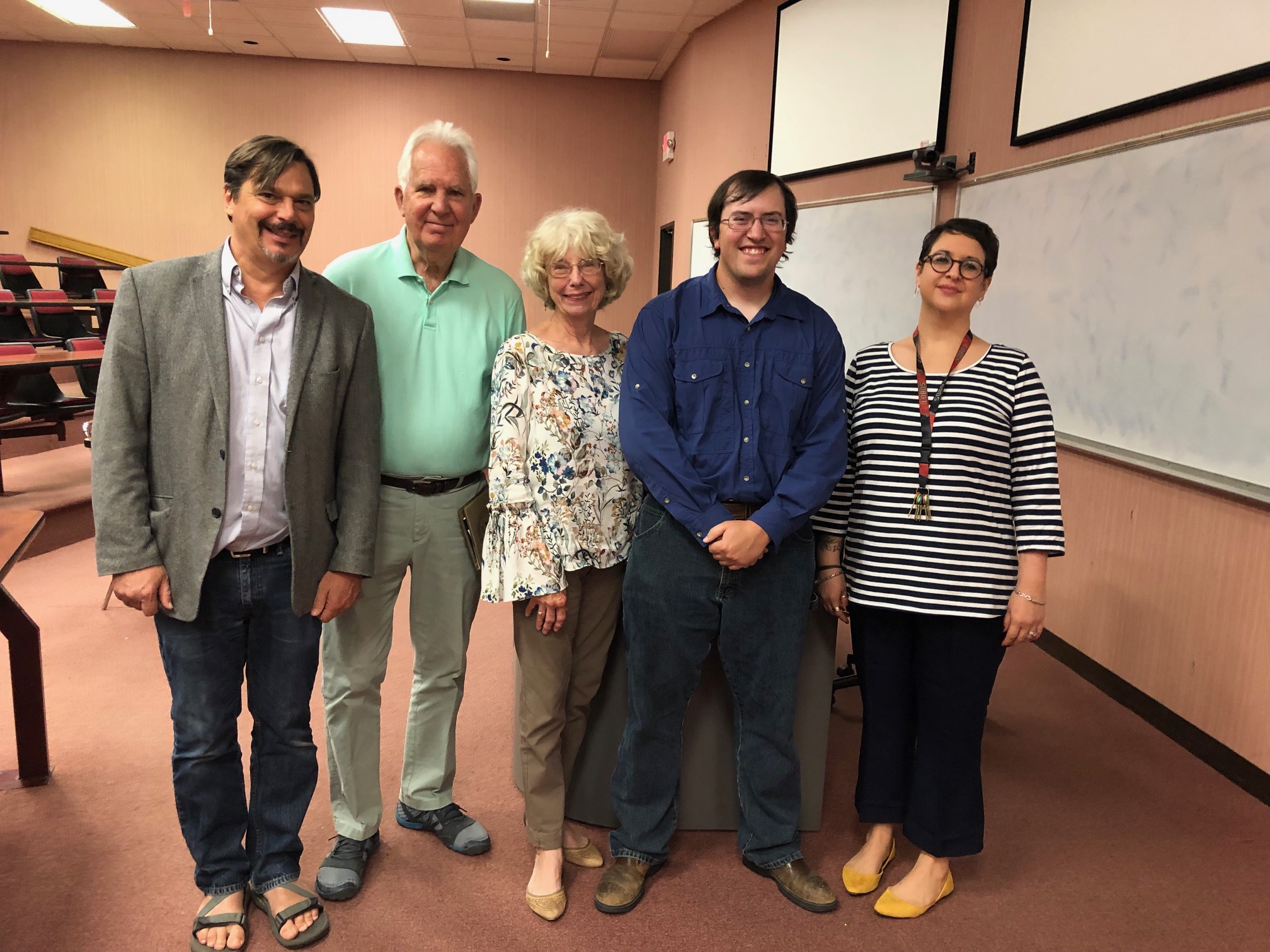 Darnell first earned a Bachelor of Science in Natural Range Management in 2015, also from Sul Ross. His focus was on native plant propagation, leading him to an internship managing invasive plants in West Virginia and later to a research assistantship in Hawaii working with native plants.

His interest in 19th century naturalist writers like John Muir and Henry David Thoreau led him to consider advancing an education in literature, and he chose a Master of Arts in English as the next direction of self-development.

Darnell was buoyed by support from the tight-knit faculty of the Languages and Literature department.

“They have all helped inspire and give me direction. They’ve been there for me,” he said.

He credited his main advisor, Dr. Theron Francis, for motivating him through the inevitable graduate student blues, and noted that each faculty member brought unique perspectives and skills to the drawing board.

The Languages and Literature department primarily offers online graduate courses to accommodate students in remote locations—especially practicing teachers, according to Francis. Courses cover literary periods and styles, creative writing, English education, and research methods and theory. The program offers the option of writing a thesis, advisable for students who intend to seek a PhD, like Darnell.

Humboldt was the first Old World traveler in South America to describe his journeys, and especially the plants he encountered, through a scientific lens. His observations influenced Charles Darwin and his style inspired later naturalists like Muir and Thoreau.

The mixture of scientific observation with literary flourish caused some controversy with Humboldt’s contemporaries, who accused him of being too literary. Darnell maintained there was value between his marriage of science and poetry.

“There’s an opportunity with scientific literary journalism to see human agency in the sciences. You get to learn about the scientist behind the study,” Darnell said, adding, “There’s a fine line between authenticity and creating an entertaining narrative.”

While pursuing his studies, Darnell worked in the Graduate Student Center as a Thesis Coordinator, helping other students edit and format their writing.

Future pursuits will likely include working with plants and pursuing a PhD.

“I’d love to manage a botanical garden or do anything with horticulture,” Darnell said. His passion for native plants continues to drive his outlook and he would like to promote the use of native plants as ornamentals in the gardening world.