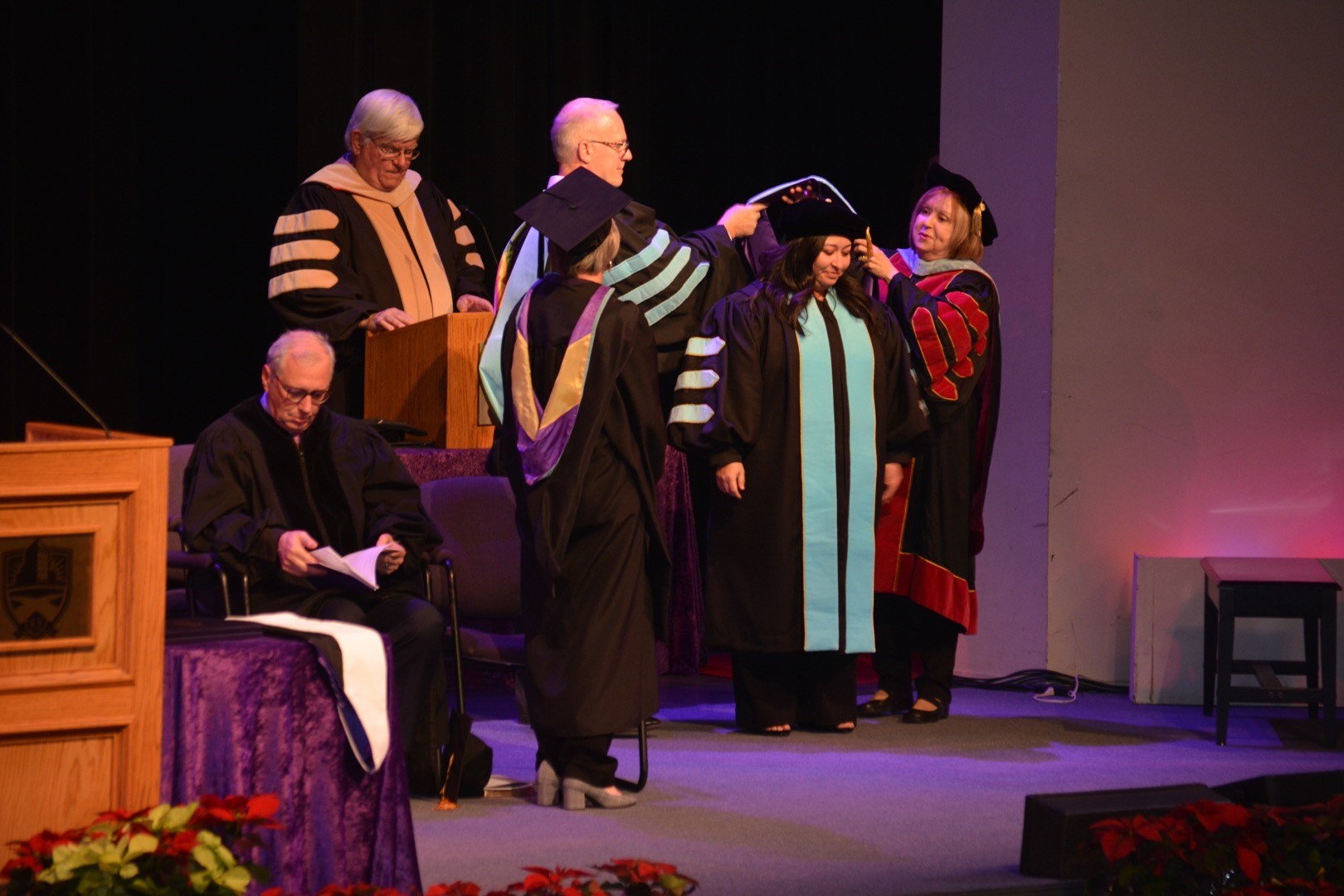 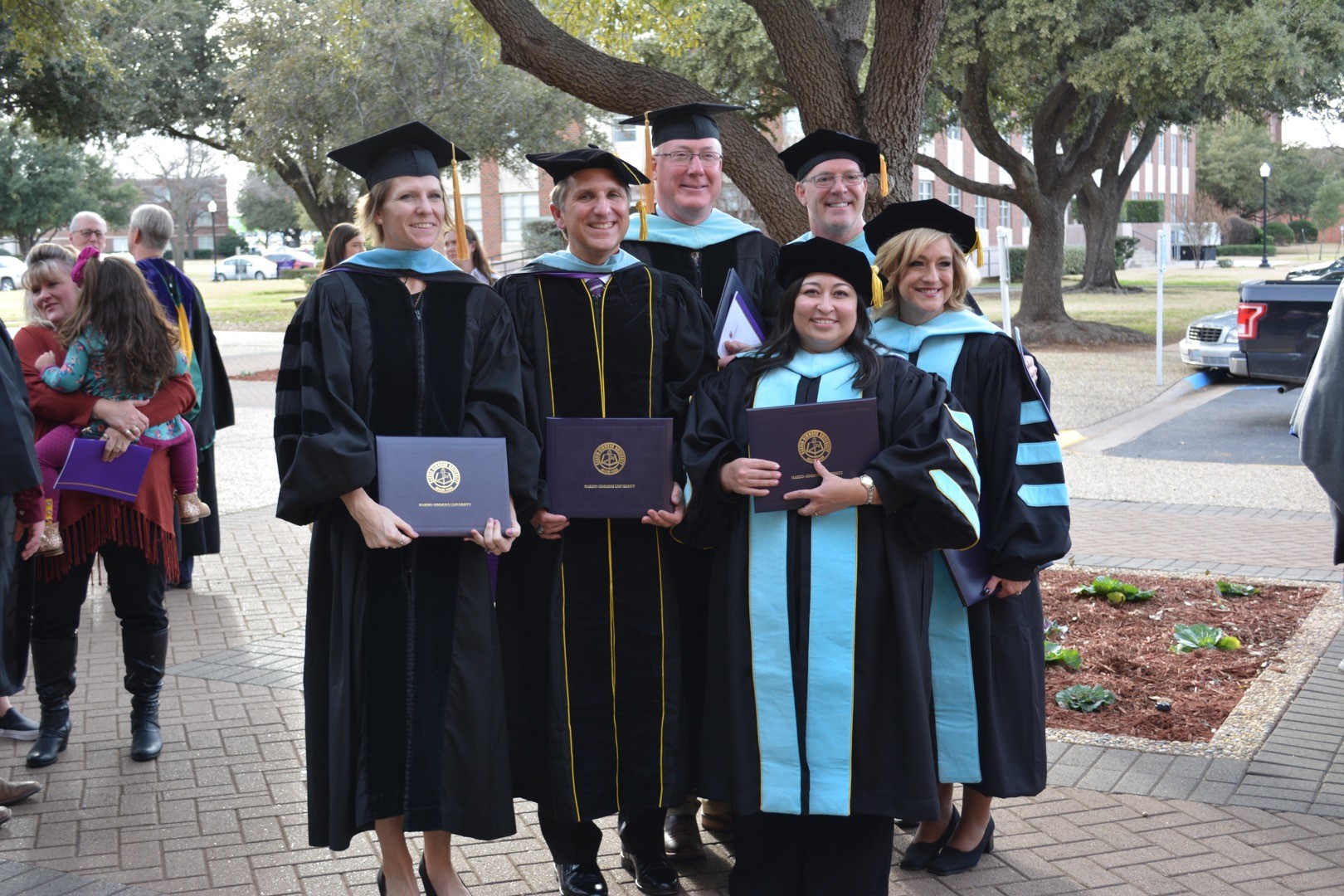 Graduating Sul Ross students were not the only ones to walk the stage this Fall. One of the University’s executive administrators also achieved her goal of earning a Doctorate degree.

Assistant Vice President of Administration and Development, Yvonne Parras Realivasquez earned her Doctor of Education with an emphasis in Higher Education Leadership from Hardin-Simmons University in Abilene in August and walked the stage at HSU this December.

Realivasquez was awarded a $50,000 scholarship from the Texas State University System Foundation’s “Grow Your Own” program, which enabled her to begin pursuing the degree in 2015.

The curriculum included four years of taking classes and observing leaders and leadership styles, all while maintaining a full-time job at Sul Ross.

She was one of nine students in the program which adopted a cohort framework. The cohort model refers to a group of students who enter a program together and remain together for its duration.

Realivasquez has learned the biggest component of successful leadership is communication. That’s something she has frequent opportunities to encourage on campus, as she oversees several divisions and departments, including Communication and Marketing, Human Resources, and Development and Alumni, and she is on a number of committees.

This results in a lot of meetings, which Realivasquez relishes as opportunities to move the University progressively forward. “Things are getting more organized,” she asserted.

“Meetings are a time to ask for help and to communicate with the team. My role is to empower and ask this team: ‘What is it that you need and how can we help you get it?’”

“Leadership is synonymous with teamwork. You have to build a team that helps each other. A leader needs to be someone who is willing to listen,” Realivasquez affirmed.

Her overarching goal for Sul Ross is to “remain strong and bring in students.”

“Our goal is to ensure we’re getting the Sul Ross story out. We’re making sure people understand this experience is life changing,” she said.

It’s a very personal mission, since Realivasquez is a “homegrown” product of Sul Ross herself. She earned her undergraduate degree and masters from Sul Ross as a first-generation student from Fort Stockton.

“I’m so proud to be affiliated with Sul Ross as a first-generation student. The opportunities have changed my life,” she said.

Realivasquez graduated with a Bachelor of Arts in Political Science in 2000 and earned a Master of Arts in Public Administration the following year.

She also had the opportunity to teach at Sul Ross as a Lecturer of Political Science and Mexican American Studies. Of teaching, Realivasquez says what many of her colleagues have also said: “I loved those years— I really loved teaching.”

Earning a Doctorate has given Realivasquez new tools. She feels more equipped to serve the University and she wants to give back to the place that has given so much to her. More importantly, she wants other people to know they can do it, too.