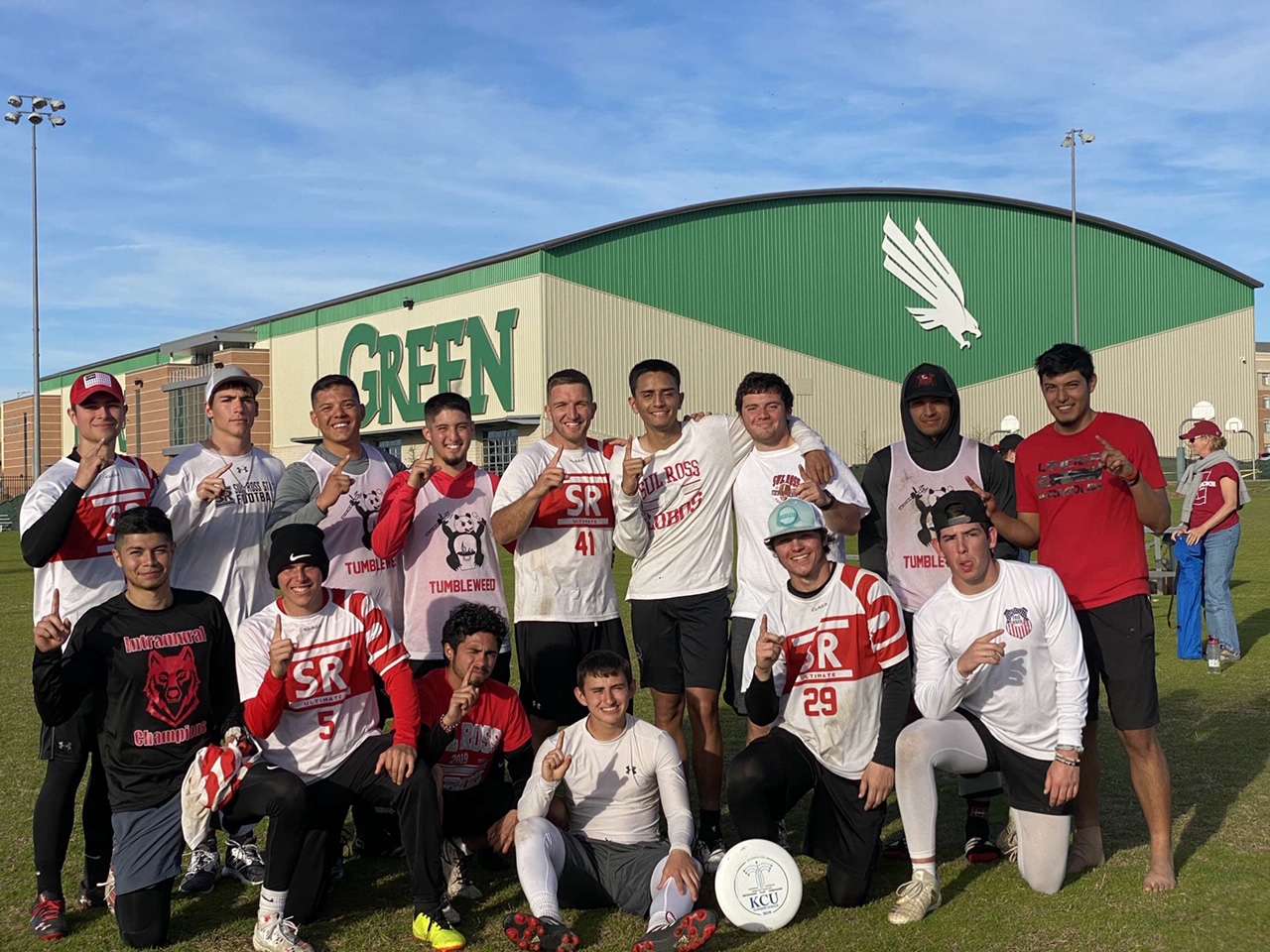 Over the years Sul Ross Ultimate worked its way into a competitive collegiate sport team and is currently among the top 25 best Ultimate Division III collegiate teams in the nation.

The current roster consists of 15 players and membership is open to anyone.

“A lot of our competition depends on distance and our budget,” said coach Antuan Washington. “Most of our schedule leans more towards the spring but we also compete sparingly in the fall.”

Originally known as ultimate frisbee, the sport was developed in 1968 by a group of students from Columbia High School in Maplewood, New Jersey.

While Ultimate shares several similar concepts with many team sports, one of the unique highlights of the game is its use of an honors system in the form of self-officiating, even at the highest levels of competition.

“I found the whole self-officiating a little strange at first,” Washington said. “But it brings a level of accountability to the players to work under an honors system.”

Junior player Javier Flores, a Business Administration major from Houston said, “It raises the excitement of the game. There are some disagreements on calls but in order to keep the pace of the game flowing, we have to come to an agreement.”

Most of the calls are cut and dry according to Flores. “What disagreements there are get resolved quickly,” he added.

To illustrate its success, Sul Ross Ultimate competed and won the championship of the Big D in Little D Tournament hosted by the University of North Texas earlier this month.

With a roster comprised mainly of juniors, Flores said the depth and experience are key ingredients to the program’s success.

“Most of us started when we were freshman plus we have some athleticism that works to our advantage.”

In the opening round on February 1, Sully defeated UTSA in a 13-5 decision before dropping 12-11 and 13-5 outings to Texas Tech and Arkansas.

“I think the key to the future of the Ultimate program at Sul Ross is retention,” said Washington “And as long as we continue to taste success, I believe it will continue to grow in popularity.”

Next up, Sul Ross will compete at Louisiana State University in Baton Rouge February 28-29.

For more information about the Sul Ross Ultimate program, contact Washington at (432) 837-8791 or email awashington@sulross.edu

Information about Ultimate including rules and competition divisions can be found at ultimateusa.org.