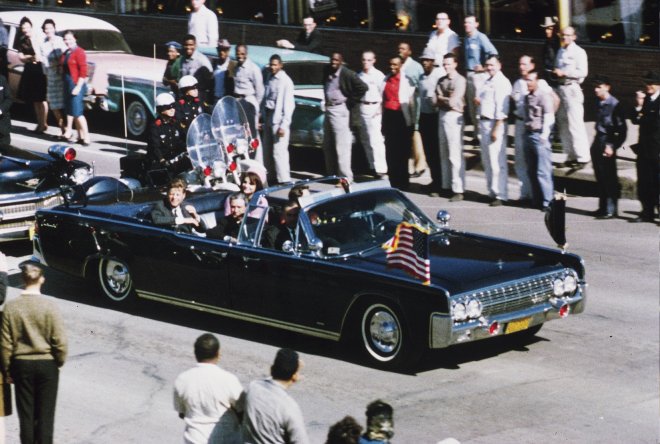 November 22, 1963 will forever be etched into the memories of Americans representing the Baby Boomer, the Silent and the Greatest generations.

The world lost two, well-known authors that day in C.S. Lewis and Aldous Huxley along and Austrian physician Wilhelm Beiglböck.

But at half past noon under a sunny sky in a city park known as Dealey Plaza, the free world was shaken as gun fire cracked the air leaving a governor and a president fighting for their lives.

The President was gone.

Sul Ross State University faculty, staff and family members recently shared their thoughts and memories after hearing that fateful announcement in Dallas on that November day.

“I was 11 years old and remember being quite upset when I heard about JFK’s assassination,” said Matt Walter, Curator of Collections at Museum of the Big Bend.

“But perhaps not for the standard reasons. Our family was living in southern Brazil at the time, where Mom and Dad were high-school teachers at a school run by the Methodist Church, the Instituto Educacional de Passo Fundo,” Walter said.

“We were scheduled to return to the United States on furlough in 1964, and something that President Kennedy did was to have a monthly breakfast at the White House with missionary families returning from abroad. We were so excited about meeting him in July of 1964, and I remember being quite disappointed and angry when the news of his assassination reached us, thinking ‘That means no breakfast at the White House!’ And, of course, that is exactly what it meant – breakfast with missionaries was not an event that LBJ continued,” he said.

“While I am a ‘Kennedy Baby’, being born on July 2, 1963, I was only four months old when the assassination occurred,” said Dr. James Downing, Dean of the College of Arts and Sciences and Professor of Psychology.

“I have no direct memories of that day but I grew up in a Catholic, strongly Democratic household that idolized the man,” he said.

“I remember listening to many discussions around the adults in my life about the assassination, who did it, and even when I was young my family was convinced there was a conspiracy to assassinate the president, although there was a lot of speculation as to who was the motivating force.”

“The Air Force had just moved my family and I to Tokyo, Japan,” recalled Kathleen Rivers, Director of the Sul Ross McNair Program.

“I was five-and-a-half years old and my two brothers were seven and eight years older. I remember my mother crying and everyone in disbelief that he [Kennedy] was dead. Even my brothers were in shock.”

“It took months for everyone to come to terms that our president had been shot and killed,” she said.

“We all felt a sense of loss that could not be explained. There were no counselors to help with the process and I know my father felt uncertain in his job. The armed services were in a panic which trickled down to the families as well. We didn’t have U.S. television in Japan, so the first time we saw any reels on the assassination and funeral were at the theater on base months later.”

“I was in Sleepy Hollow, New York,” said Carol Fairlie, Professor of Art.

“I was ten years of age and in science class,” she said.

“The teacher stopped class and was just silent, then the whole class was. He said the president has been shot and killed. Our class looked out and across the street, the fire station lowered the flag to half mast. Two weeks later I turned 11, and three weeks later my mother died. 1963 was a blur.”

“I well remember where I was on that terrible day when President Kennedy was assassinated,” said Pam Kibler, wife of Sul Ross President Bill Kibler.

“My seventh grade Language Arts class had just returned from lunch as the principal called us to attention over the intercom,” said Mrs. Kibler.

“As he announced those fateful words ‘President Kennedy has been assassinated,’ I felt my heart drop and my world stop as I sat stunned and paralyzed in disbelief. Later in my living room, I watched the harsh reality unfold as newsreels covered the tragedy moment by moment. The motorcade, a smiling, waving youthful President with his beautiful wife beside him.”

“In a split second the scene was changed into an unimaginable and shocking horror. We watched that scene as networks played it over and over trying to absorb and believe what we were seeing.

“Our vibrant and youthful President was dead. Murdered before our very eyes. Our nation’s bright light of hope and change was instantly obliterated by the deadly and hate-filled gust of an evil and pervasive wind,” she said.

“I was on the school bus going home outside of Newport, Rhode Island,” said Rebecca Greathouse Wren, Counseling and Accessibility Services/Counselor.

“I was in kinder or first grade. I’m guessing the bus driver had been listening to the radio when he drove, and all of a sudden he pulled off the road and stopped the bus. He stood, turned towards all of us, and screamed at us to be quiet. We were quiet (you didn’t mess with Mr. Carrera!). He sat back in his seat, turned off the bus, and listened to the radio for about five minutes,” she said.

“After those few minutes he stood up, yelled at us (which was the only volume of talking to us) to pay attention, and then yelled something like that this was a sad, tragic day, or something, which scared me and the other kids a bit and then he got back to driving the route.”

“It was totally quiet the rest of the trip. I really had no idea what he was talking about but if the adults got this upset about something, it must be super bad. I guess I was told by my parents later that day what happened, but I think I was only bothered because all the adults around were acting weird, and serious, and that made me feel a bit insecure,” Wren said.

“I was directing a brass ensemble as Director of Bands at the University of British Columbia in Vancouver, Canada,” said Dr. Sam Davis, retired Professor of Music at Sul Ross.

“One of my students rushed into class…late as usual… and exclaimed, ‘Your president has been shot!’”

“If I live another eighty-seven years I’ll still remember that day,” he said.

“I was a first grader and lived in New Dehli, India with my family, as my father was a Voice of America correspondent,” said Martha Gluck, Adjunct Professor of Art.

“My memory is very clear as we were the only family in our apartment building that had a short wave radio. Everyone was in our house crowded around the radio listening to the news. I remember the adults crying and consoling each other,” she said.