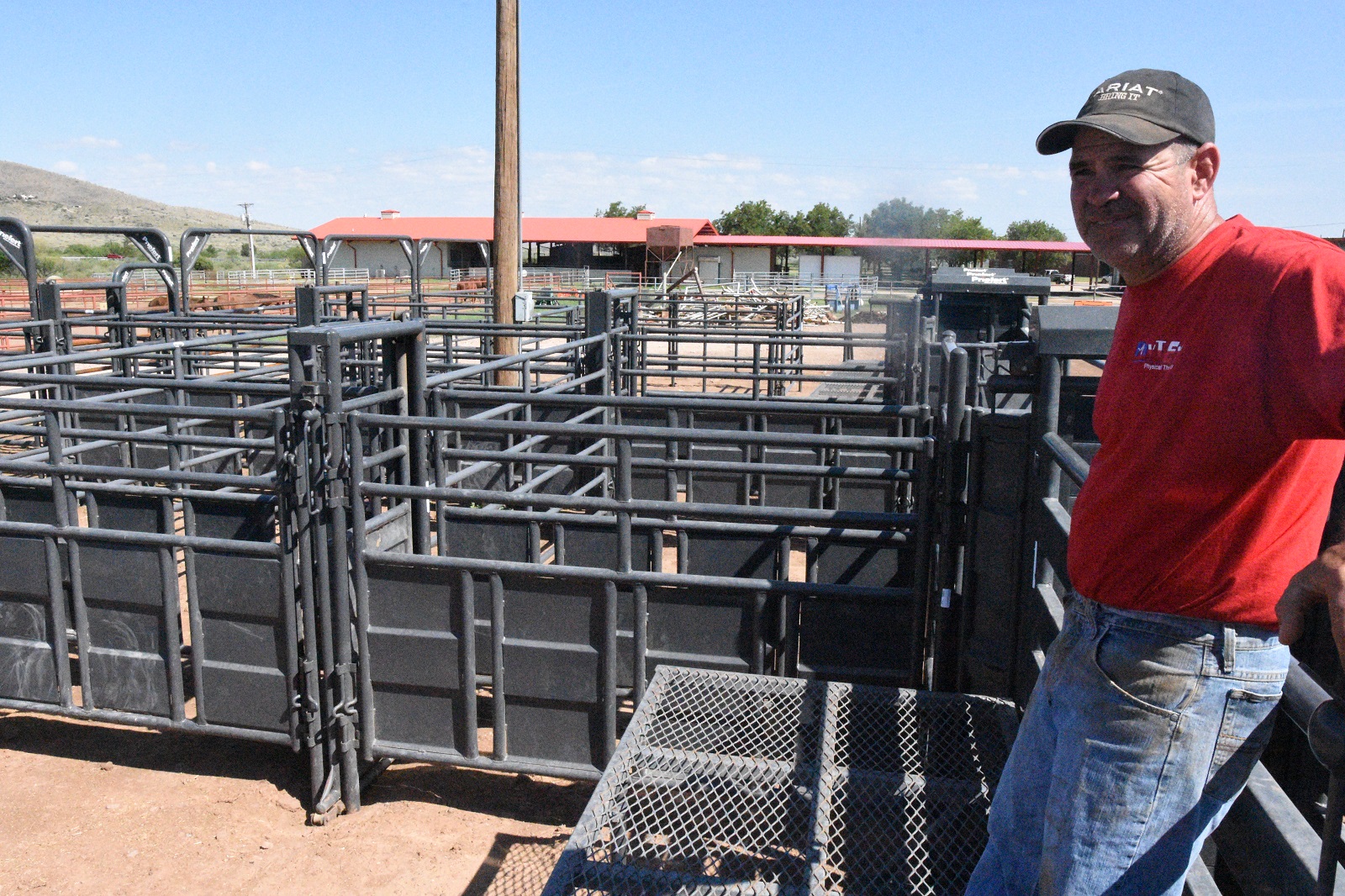 “Get one per cent better each day” is the motto Coach CJ Aragon uses with the Sul Ross State University Rodeo Team.

“National champions don’t win by being average,” he continued.

Aragon sets high standards for team members on day one. He expects rodeo students to show up to class early, sit in the front row, show up to practice, keep livestock stalls clean and manage their time well – at a rate of one per cent better daily.

Upgrades to infrastructure are among the most pressing goals they aim to tackle, and already Aragon is two years ahead of schedule.

What started as an effort to address failing fence on the back end of the S.A.L.E. Arena along Old Marathon Hwy, turned into a busy summer of adding thousands more feet of pipe fence to the outdoor arena and stockyards.

Donations came pouring in for the project, with Gordon Allbright of SIW Pipe & Supply and Mitchell Pipe & Supply, both of Odessa, giving over $30 thousand in fence pipe. Alpine’s Johnson’s

Feed and McCoy’s also made significant material donations, and dozens of volunteers came equipped to put it all together. A used arena was purchased at a third the cost of new.

What was bid out at a cost of $140 thousand only cost the University around $5,000, Aragon said, appreciative of the generous show of support.

When the work wraps up in August, there will be 40 new stalls, bringing the total to over 60. Seven new stock pens were added and the failing fence that got the ball rolling was repaired.

The upgrades will make a huge difference for the growing team of 30 members, up from last year’s eleven.

Getting livestock from the outdoor pens to the S.A.L.E. Arena for practice and competitions will be more efficient.

“Now everything is going to be connected by alleyways, there will be a lot of flow – and no worries about livestock getting out,” Dean Warnock said.

The new pens will be put to the test with the upcoming Big Bend Ranch Rodeo scheduled for Aug. 9-10.

Aragon expects last year’s standing-room only audiences to continue. “The support has been phenomenal,” he said.

Hurt has been a regular volunteer on the infrastructure projects, spending his days building fence and evenings practicing at rodeo during summer session.

“It’s going to be more fun and I know I’m going to get a whole lot better being around all these good people,” Hurt said.