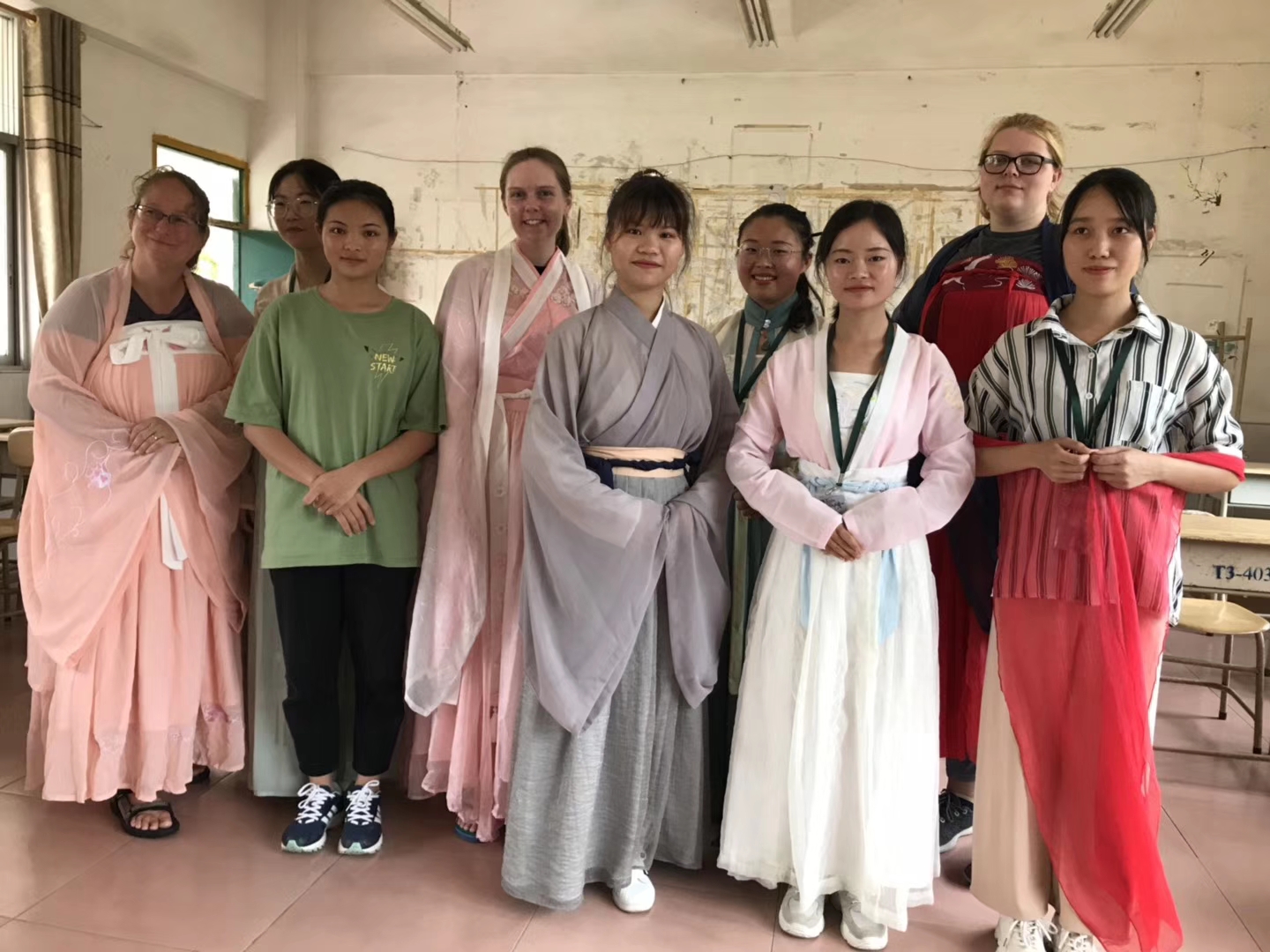 “It was the chance of a lifetime,” according to Kendra Miller, a Fort Davis native and Sul Ross junior majoring in Gaming Technology.

Her degree plan includes programming and animation coursework, preparing her for employment in a tech-savvy city like Austin when she graduates. Her long-term goal is to move to Korea, where the tech industry and culture have captured her imagination.

The trip was Miller’s first time abroad, and gave her a taste of what it’s like to be immersed in a foreign culture.

“It was wonderful. I miss it,” she pined.

This was the third group to visit China as part of the Cultural Exchange program between Sul Ross and Talent International College in Qinzhou.

In April of this year, two Talent International students accompanied by their professor trekked to Alpine for three weeks to explore the Big Bend. Sul Ross Professor and Department Chair of Biology, Geology and Physical Sciences Dr. Christopher Ritzi arranged plant and animal demonstrations and camping trips. “They were just marveling at how different things are here. Out here you can find stretches where no one has walked in 15 years.”

Not so in Qinzhou, where highway medians are intensively landscaped and vegetable plots are everywhere, even on flood-prone creek banks, according to Ritzi, who led the exchange group to China. “Every square inch had something planted or managed. Their populations demand this kind of agriculture,” he observed.

As part of Ritzi’s senior-level Comparative Biogeography course, students recorded ecological communities while in Qinzhou, including a cockroach-eating spider so large it might send Big Bend tarantulas running.

The students also attended Talent International classes and offered insight from an American perspective, something not available through textbooks, Ritzi said.

Visiting a Hanfu Club, where people of Han descent presented cultural traditions, was a highlight. “We got to try on traditional clothing and make hairpins,” Miller recounted.

She also noticed how safe public spaces felt, explaining, “We never had a fear of being attacked. Safety was never a concern.”

By week three, Miller and her two classmates had become comfortable navigating on their own.

“We got really adventurous and went to the main shopping center by bus one night and managed to catch a cab back. Just hearing people talk was interesting,” she said.

The trip to China is one of a growing number of programs available through the Sul Ross Office of International Studies.

“Most Americans do not know a lot about China beyond stereotypes. The Cultural Exchange program provides students and faculty with an opportunity to experience a small slice of Chinese culture and get to know some students and faculty in China. This type of firsthand knowledge is invaluable,” said Esther Rumsey, Director of International Studies.

“It was a different world. It was an amazing trip,” confirmed Ritzi.