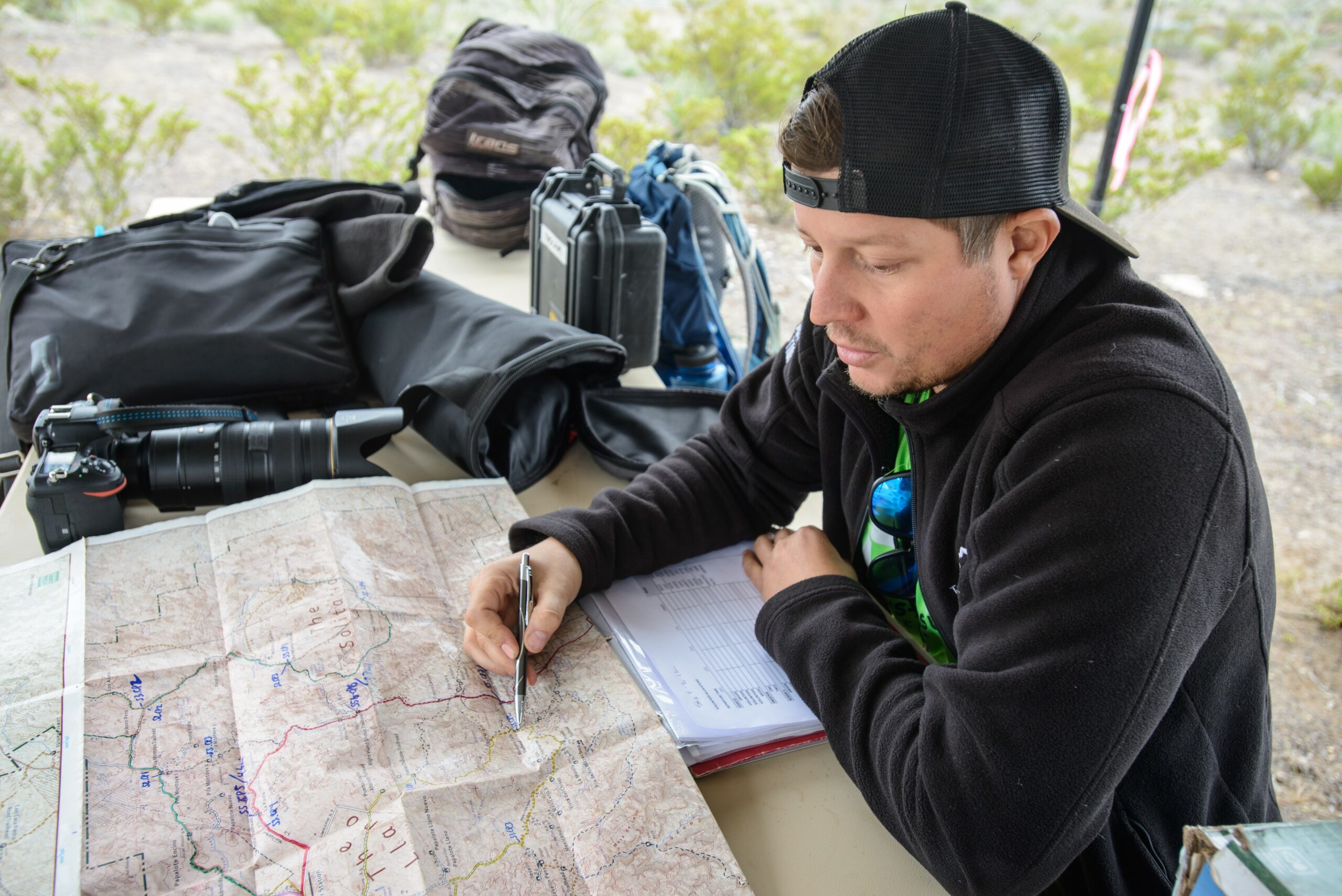 One Sul Ross professor’s passion project has led to a fifth year of remote racing in the Chihuahuan Desert with Trans-Pecos Ultra, a multi-stage race and tour through Big Bend, set to begin Nov. 2.

Chair of Physical Education and Assistant Professor Chris Herrera, PhD, MBA, fell in love with long distance racing when he was on a one-year sabbatical in 2013.

He had signed up to run the Sahara Race, one of four international races. An ankle injury put Herrera on volunteer duty instead, but the experience was life changing. The mix of adventure and camaraderie made a lasting impression.

The format of a multi-stage ultramarathon is intense. Participants cover a lot of ground, often hundreds of miles, in remote areas, but the run is broken up over many days, making it more manageable. This type of race is not just about winning. It has bigger implications of exploring and camping in remote corners of the world under extreme conditions with the help and trust of a dedicated team.

On that same sabbatical, Herrera visited the Big Bend region for the first time. He was instantly drawn to the rugged beauty and access to the outdoors through Big Bend National and Big Bend Ranch State parks, so he applied for a position with the Sul Ross Kinesiology Department and moved to Alpine.

It was easy for Herrera to envision an ultramarathon in the Big Bend. He went to work creating the Trans-Pecos Ultra in Big Bend Ranch State Park, choosing the course and networking with locals and park officials. The result is a spectacular tour of the region and a race that covers 165 of the 175 miles of hiking trails in the Ranch Park.

Contestants can enter two tracts. The four-stage, 85-mile race starts with a short prologue on the first day, then progresses in mileage over the next three days. The six-stage, 165-mile race ends with an extra 56 miles that contestants have 30 hours to finish. Both result in qualifying points toward the mecca of ultramarathons, the Ultra-Trail du Mont Blanc, in the French Alps.

Volunteers and staff help the racers accomplish their goals by providing water every six miles and setting up campsites, allowing the runners to rest each night. “We’re a tight knit group out there. It’s a nomadic tribal experience that really resonates with me,” Herrera opined.

The race is a teaching opportunity and has allowed some of Herrera’s students to get involved in the outdoor recreation industry.

“My outdoor leadership skills have grown through this experience and that translates to the classroom. I’ve always valued outdoor recreation and wanted to bring that to students,” Herrera said.

He is building the Sul Ross outdoor recreation curriculum with input from professional outdoorsman in the Big Bend and offering students as many chances to experience the outdoors as possible.

“I’m a firm believer in getting out of the classroom for experiential and project-based learning,” Hererra affirmed.