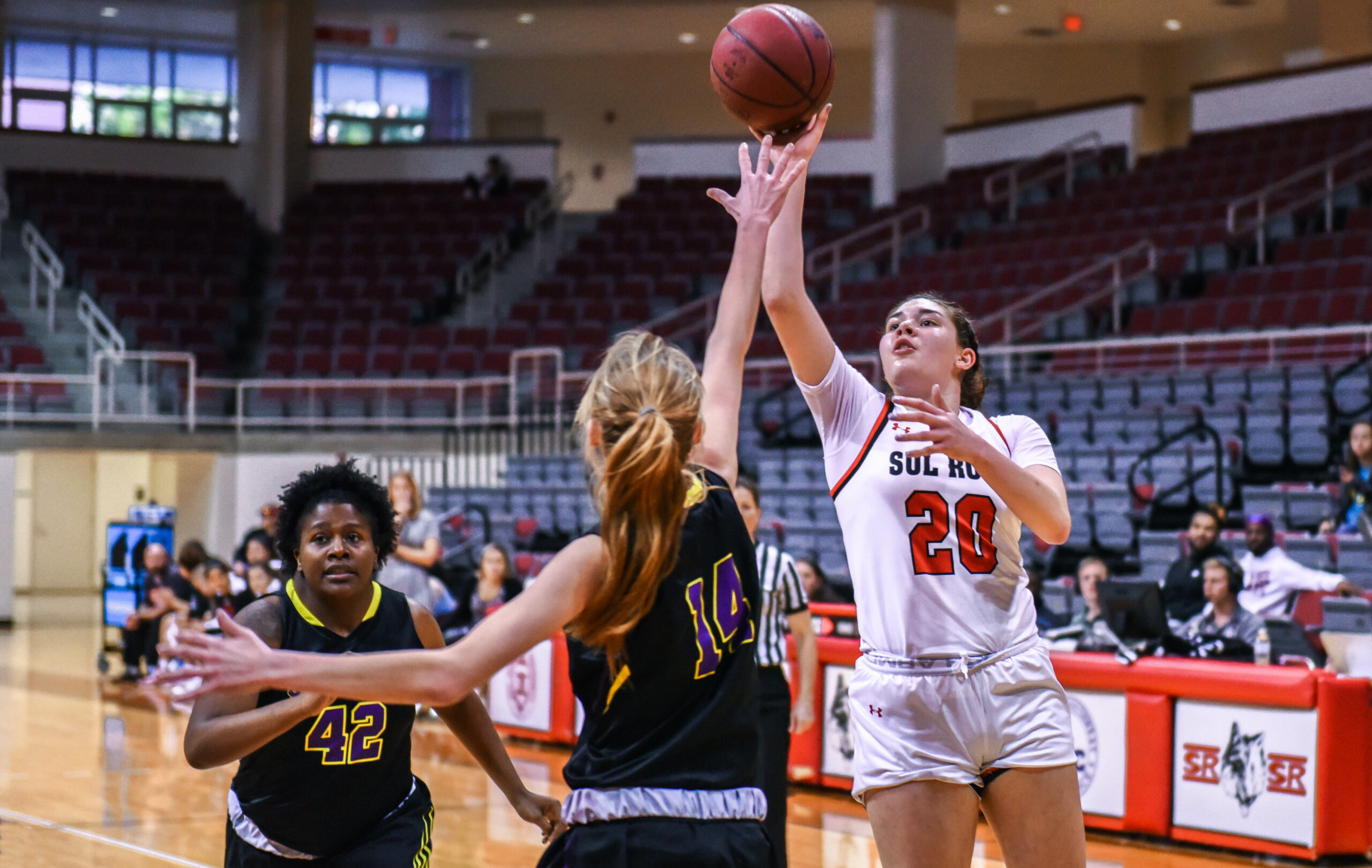 Chandre Nunez led the home team with 20 points while Lizette Heredia scored 11 in the effort.

Following a 6-6 tie with just under six minutes left in the first quarter, the Cowgirls posted a 4-0 sprint capped by a layup up by Kiana Reed.

Nunez then fired off a triple to pull the Lady Lobo to within one at the 4:13 mark.

The Cowgirls ended the quarter with another 4-0 run and led 20-13 heading to the second period.

Hardin-Simmons held four, eight-point leads before Logan Haller’s triple gave the visitors a 35-24 lead with 1:45 left in the half.

The Cowgirls took a double digit lead to the break as Karlea Ritchie connected from long range for a 40-30 advantage with 21 seconds remaining.

In the third quarter, Hardin-Simmons broke out to a pair of 18-point leads and sported a 67-52 advantage heading to the final period.

The visitors never looked back exploding to a 26-point lead with 4:58 left in the closing quarter.

The game ended on a 6-0 Cowgirl run as Hardin-Simmons walked away with the 92-63 victory.

Sul Ross will close out the home season on Saturday in a 1:00 conference tip against McMurry University.