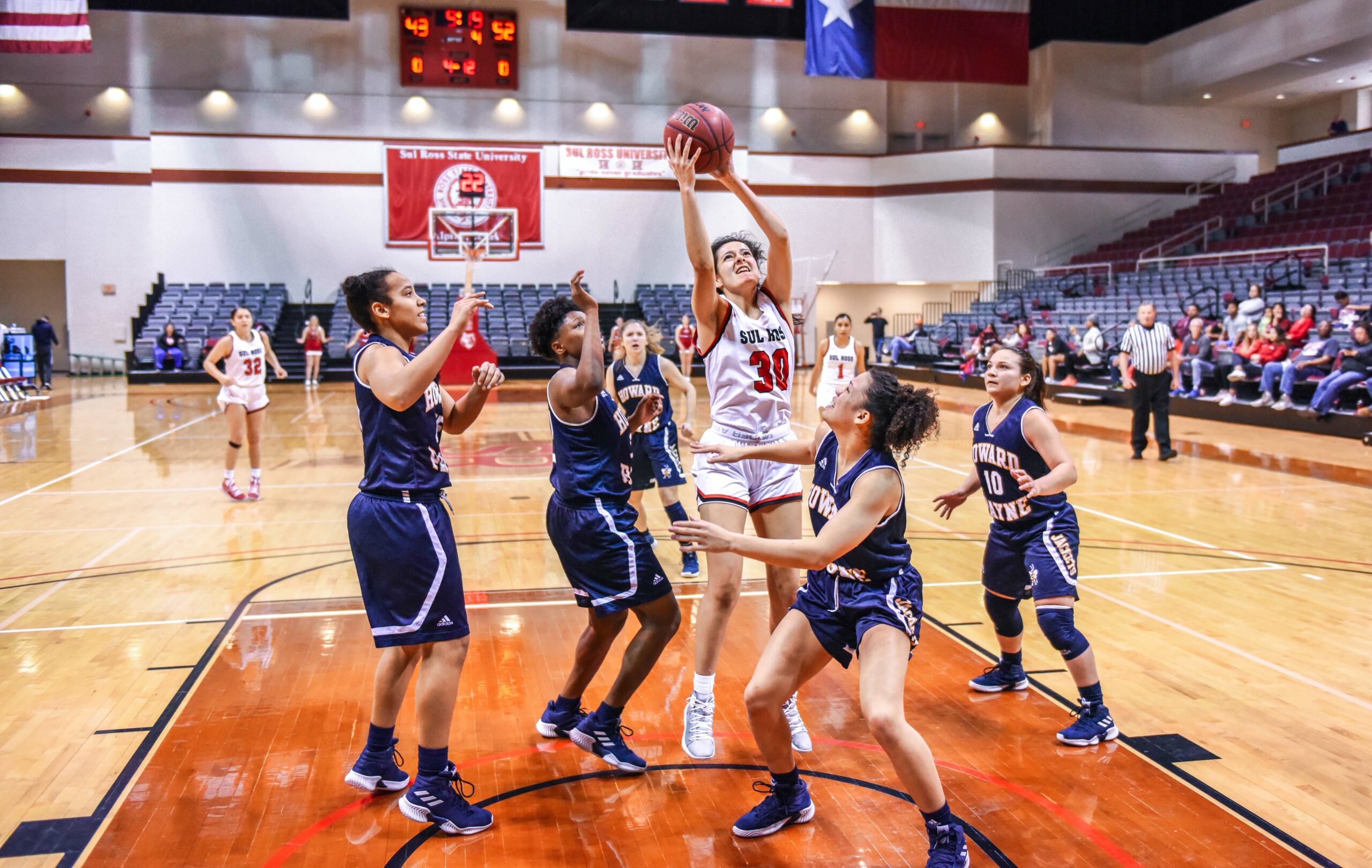 Two of Roque’s three double doubles have come against the Yellow Jackets.  Roque scored 12 points and grabbed 10 boards in Brownwood on January 12.

The two teams traded buckets through the first five minutes of the contest.  A three-pointer by Howard Payne’s Payge Grable started an 8-0 run that was sealed with a fast break layup by Anastacia Willis for a 17-7 Yellow Jacket lead.

Julissa Ibarra then drained a three-point basket with 41 seconds remaining in the first quarter as the visitors took a 22-12 lead to the second period.

Howard Payne held four, 13-point leads throughout the second quarter.  A jumper by Latin at the 2:19 mark cut the Sul Ross deficit to seven. Latin ended the half with two free throws as the Lady Lobos trailed 37-29 at intermission.

The Yellow Jacket’s Chelsey Harris began the third period with a mid range jumper and extended Howard Payne’s lead back to double digits.

Chandre Nunez then converted a layup at the 5:26 mark to cut the Yellow Jackets’ lead to eight.

Roque ended the period on a layup to narrow the deficit to six, trailing 49-43 heading to the fourth quarter.

Howard Payne would never lead by a double digit margin for the remainder of the game as the Lady Lobos broke to within five off a triple by Lizette Heredia at 4:50.

Sully threatened with less than a minute left as Roque converted a layup to narrow the deficit to four.

A free throw by Grable extended the visitors’ lead to seven at 24 seconds.

Nunez hit the final bucket of the game at 10 seconds as Howard Payne held on for the 65-60 victory.