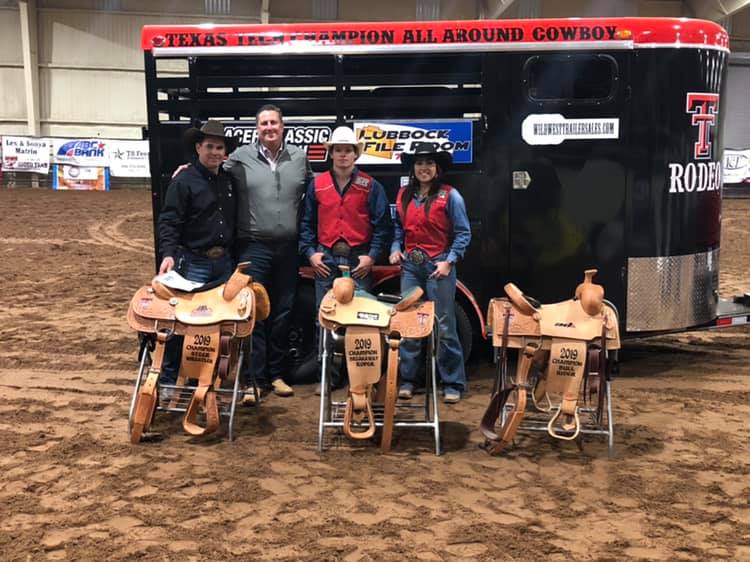 LUBBOCK, Texas- Tristen Hutchings wrestled and rode his way to a 335-point tally to win the Men’s All Around Championship at the Texas Tech University Rodeo held October 31 through November 2 in Lubbock.

Hutchings led the chase with 170 points and won the steer wrestling competition and also claimed the crown in the bull ride with a 165-point total.

As a team, the Sul Ross men placed third with 425 points behind runner-up Clarendon Junior College at 535. Tarleton State claimed the championship with 820 points.

“Tristen turned in probably one of the top performances of the year in our region,” said coach C.J. Aragon. “He had to win the bull ride to win the All Around because there was another competitor who won the tiedown and team roping. So he did a great job of handling the pressure.”

“Hannah did a great job of coming out and putting pressure on the competition in the breakaway,” Aragon said. “She continues to get better and really ended the fall season on a great note.”

Both men’s and women’s teams return to action February 20-22 at Odessa College.