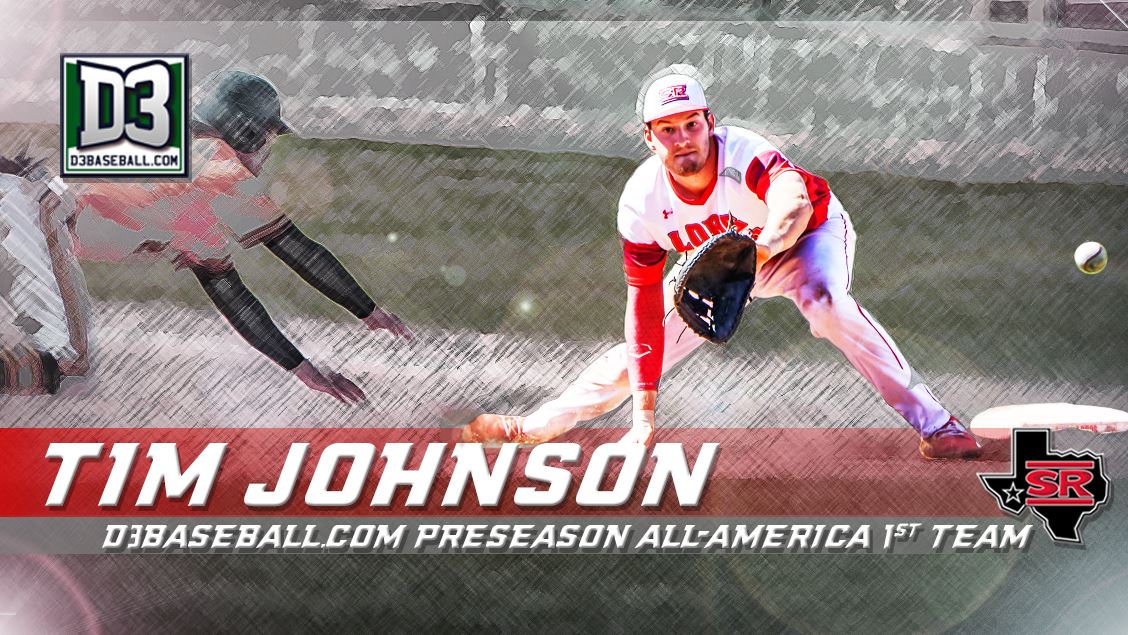 Senior first baseman Tim Johnson has been named to the D3baseball.com Preseason All-America First Team in an announcement made Wednesday by D3baseball.com.

The list is comprised of baseball players throughout Division III. Those selected are named to either the First Team, Second Team, or Honorable Mention.

Johnson earned D3baseball.com First Team All-West Region honors on May 23, 2019. He was then named a First Team All-American on May 28. He also received American Southwest Conference

Newcomer of the Year and an ASC First Team All-Conference selection earlier that month.

Johnson led the ASC with a .443 batting average. His 2019 average also ranks him third all-time in Sul Ross single-season batting average since the Lobos joined the NCAA in 1997.

His .779 slugging percentage and .517 on-base percentage were also tops in the ASC and third and second respectively all-time in Sul Ross single-season records.

Johnson registered an ASC third-best 66 hits, 49 RBI and 116 total bases in 2019. He also led the conference with 19 doubles and a team-leading nine home runs.

Baseball starts their season Friday, February 1 with a doubleheader against University of Dallas at Kokernot Field.