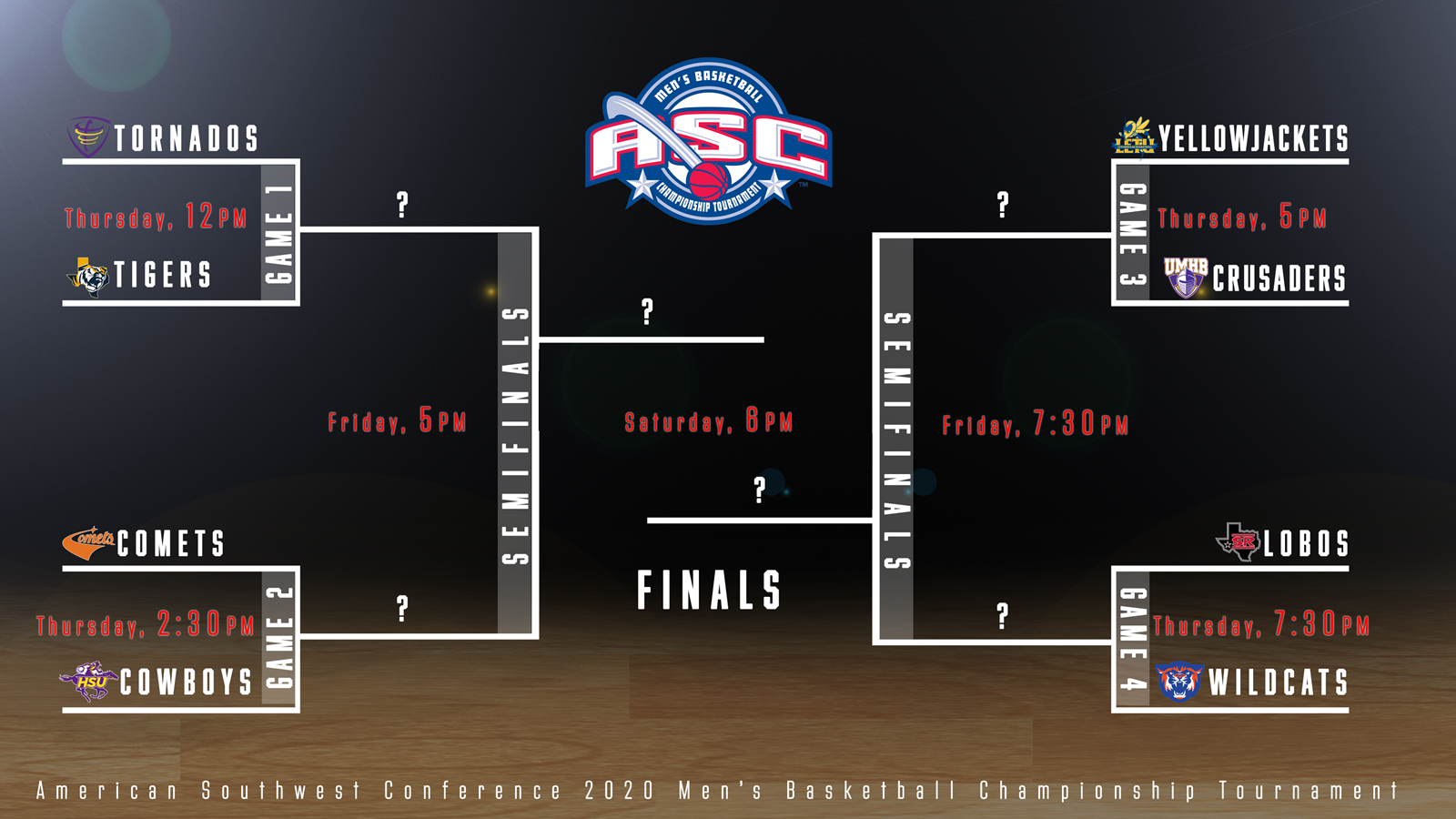 Live video and stats for the entire single-elimination tournament will be available via the Sul Ross Sports Network.

The top four teams from the ASC East (U.T. Dallas, LeTourneau, East Texas Baptist and La. College) and West Divisions (Sul Ross, Concordia, Mary Hardin-Baylor and Hardin-Simmons) will be represented at the tournament.

Quarterfinal action gets underway at noon on Thursday as No. 3 seeded East Texas Baptist takes on Concordia University, representing the No. 2 seed in the Conference West.

ASC West fourth seed Hardin-Simmons will then battle top-seeded U.T. Dallas from the east at 2:30 p.m. before No. 3 University of Mary Hardin-Baylor faces second seed LeTourneau at 5:00 p.m. ASC West Division Champion Sul Ross will play No. 4 Louisiana College in a 7:30 nightcap.

The winners of those two games will compete for the ASC Championship on Saturday, February 29 at 6:00 p.m.

The Lobos won the ASC title in 2017-18 defeating East Texas Baptist University in a 68-65 thriller at the Gallego Center.

Available at the Gallego Center

Pets are not permitted at ASC championship events except for certified service animals
that are properly trained, marked, and leashed.