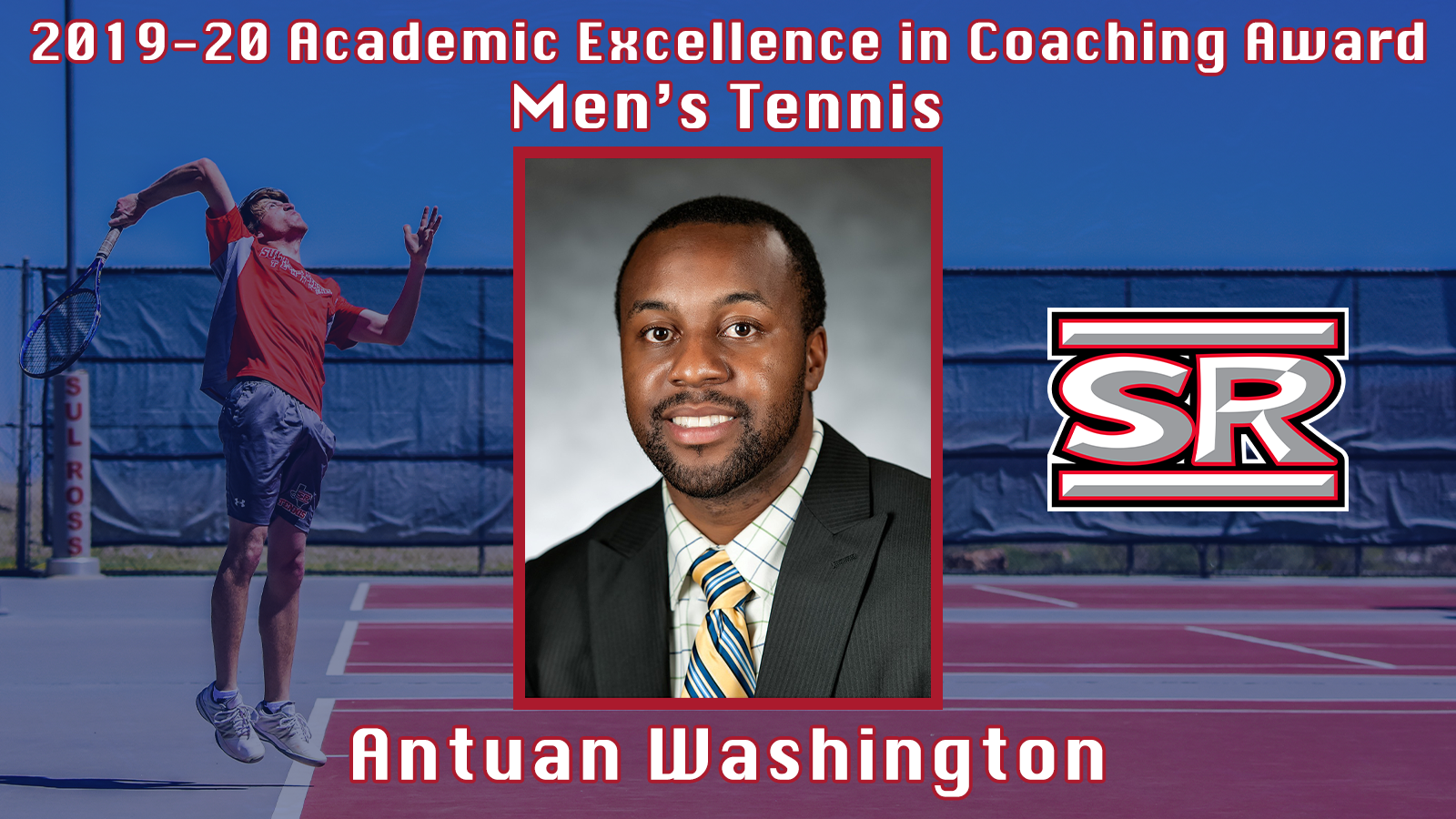 The Academic Excellence in Coaching Award honors Sul Ross coaches who recognize and promote the importance of academic achievement and foster an environment leading to graduation of student-athletes.

This is the fourth AEC award to be presented.

A native of Lubbock, Washington was a hurdler and wide receiver at Estacado High School.

He played football for a year at Abilene Christian before transferring to Angelo State, where he earned a Bachelor of Business Administration Management in 2010 and a Master of Education in Coaching, Sport, Recreation and Fitness in 2012.

Washington took over the Track and Field program at Sul Ross in 2013.

After rebuilding the program and leading the both men’s and women’s teams to multiple event championships, he also led the track and field program to three consecutive national track and field championship appearances. The men’s 4×100 and long jump were represented at three straight championships. The men’s 200m had a representative at the last championship in 2018. In those three years, the program finished with six All-American Honors (Richard Snyder, James Davis, Byron Jones, Jermaine Stevens). Jones and Stevens were are 2x All-Americans. Stevens, a long jumper, holds the conference record in the long jump.

In addition, Washington helps the volleyball, softball, and both soccer programs with speed and explosive training.

Washington was named to lead the men’s tennis team in 2020. With no previous tennis experience, he plans to help build up the program the same way he did with track and field.