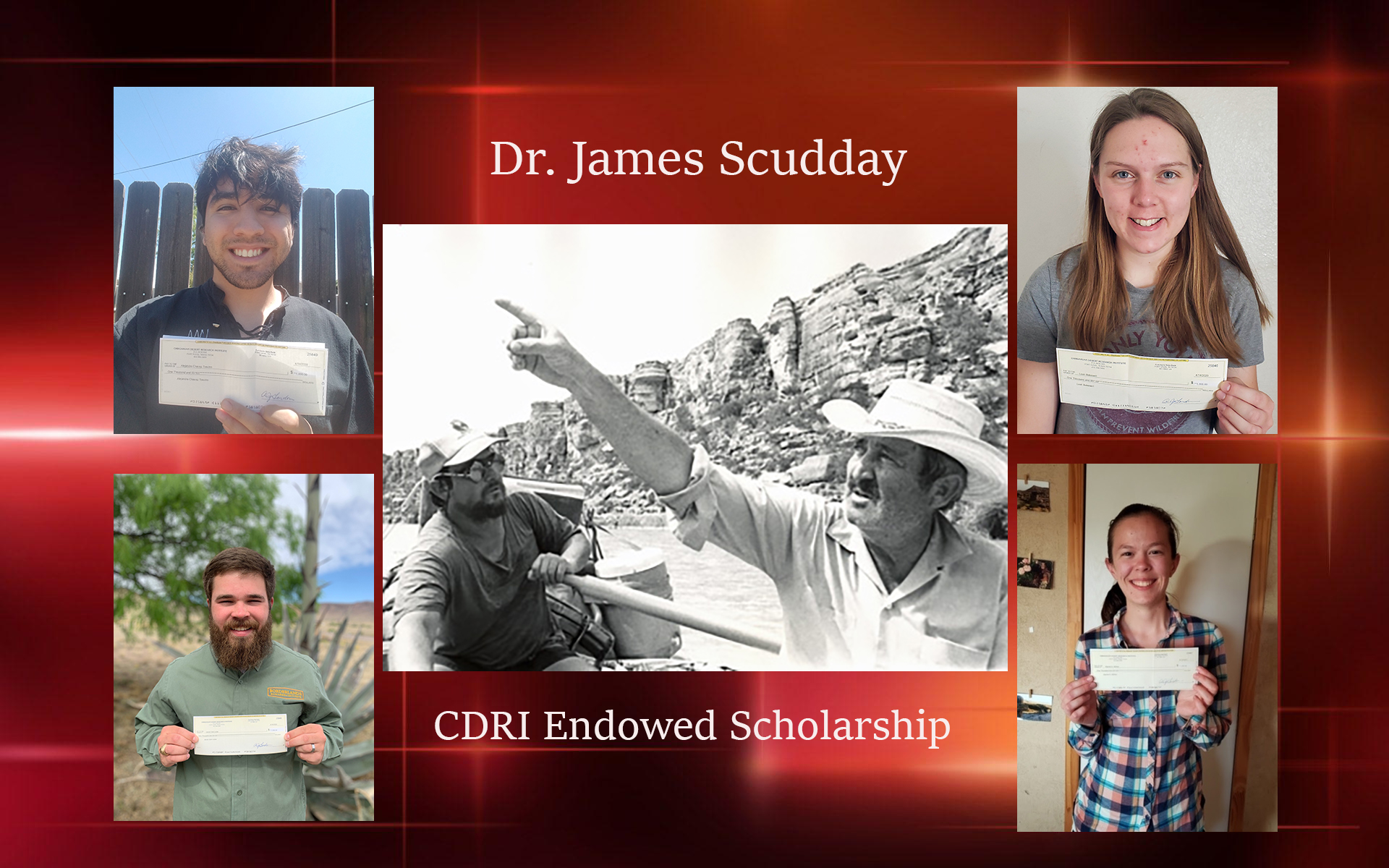 This is the first year four scholarships have been awarded as opposed to the customary two issued annually according to Lisa Gordon, Executive Director of the Chihuahuan Desert Research Institute (CDRI).

“We’re always impressed with the quality of the applications and especially the applicants, and this year, it was virtually impossible to select only two recipients,” Gordon said.

James F. Scudday, Ph.D. (1929-2009) was a CDRI co-founder and longtime professor of Biology at Sul Ross. Upon his retirement in 1995, he was named a Distinguished Professor Emeritus by the Board of Regents of the Texas State University System, the Board’s highest honor for retired educators.

During his SRSU tenure, Dr. Scudday directed more than 100 students in graduate programs and thesis projects. Many of his former students remained in close contact with him during the course of his lifetime.

The Dr. James F. Scudday CDRI Endowed Scholarship Fund was established in 2010 in recognition of his many contributions to the field and his passion for teaching. Income from the fund supports scholarships, such as these four awards described herein, for Sul Ross graduate students.

These scholarships are but one way CDRI fulfills its commitment to nature based education and the support of research of the Chihuahuan Desert region, as well as demonstrating the nearly five-decade connection between CDRI and SRSU.