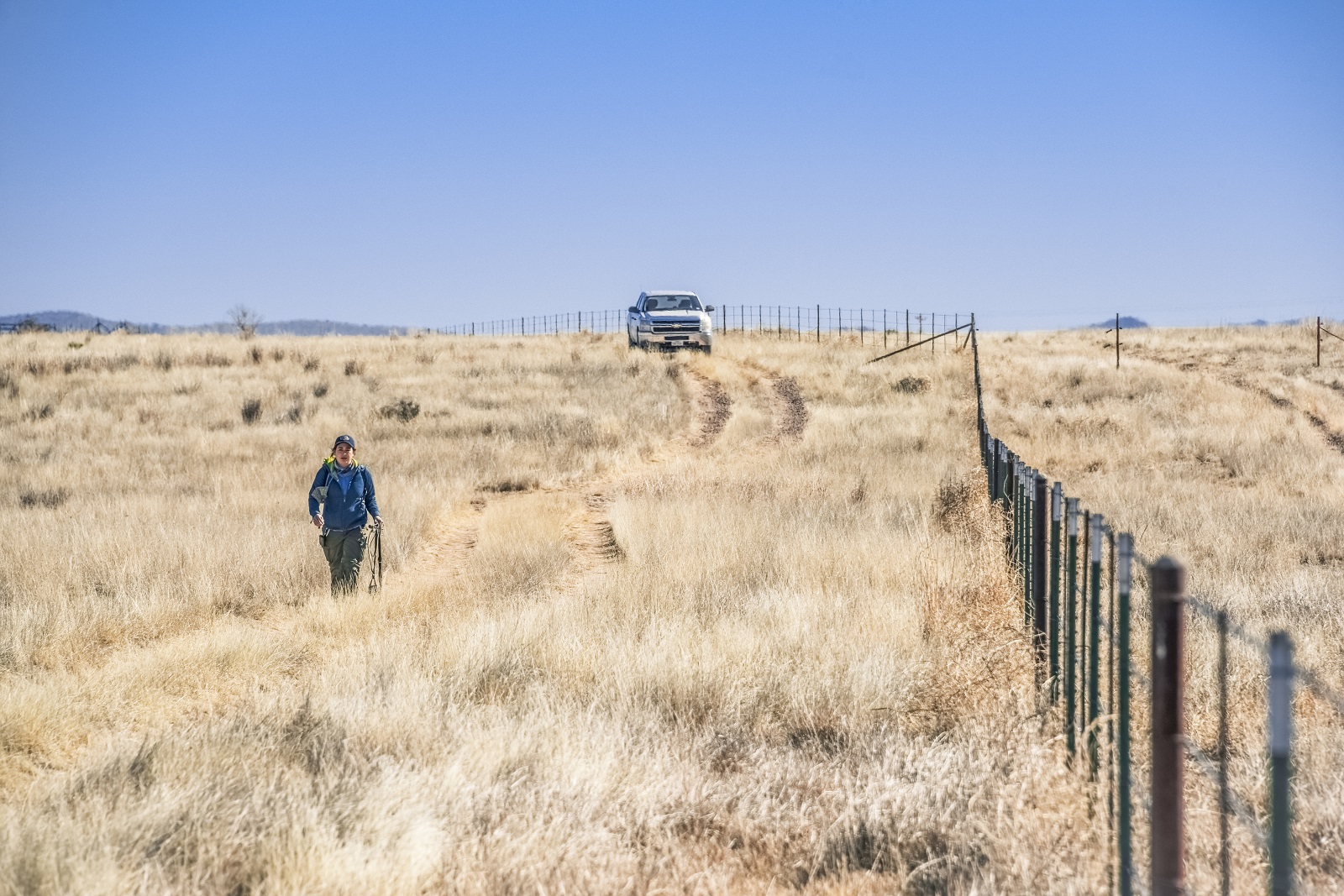 The National Fish and Wildlife Foundation (NFWF) has awarded a second six-figure grant to the Borderlands Research Institute (BRI) for a grassland enhancement project in Marfa and Marathon. The funds will be matched dollar for dollar by private sources including funds from landowners and dollars raised by BRI, doubling the impact of the grant. The recently approved $244,695 grant was preceded by a $250,000 grant that was awarded in 2018.

This year’s project will include brush management activities in the Marfa and Marathon grasslands of West Texas to improve grassland health and provide habitat for pronghorn and migratory grassland birds. Brush management will be conducted on 5,000 acres of brush-invaded grassland. Once the affected areas are treated, BRI researchers will monitor response to treatments and develop region-specific science-driven management recommendations.

“BRI is honored to be selected as a year two grant recipient of the NFWF Pecos Watershed Conservation Initiative,” said Dr. Louis Harveson, who is the Dan Allen Hughes, Jr., BRI Endowed Director and professor of Wildlife Management at Sul Ross State University.

“Our work to restore grasslands in the Marfa Plateau and Marathon Basin is critical for improving habitats for pronghorn, wintering grassland birds, and other grassland obligates. We are grateful that NFWF and their industry partners have made a significant commitment to the conservation of the borderlands region.”

Restoring grassland habitat involves changing the vegetation community from brush-dominated communities to open grasslands with higher diversity and quantity of grasses and forbs.

Improving the health of the grassland ecosystem will help pronghorn and grassland birds. In addition, there are other expected benefits such as higher water infiltration and reduction of soil erosion, which will benefit many more wildlife species.

“Healthy ecosystems are the backbone of any successful wildlife management practice,” said Dr. Carlos (Lalo) Gonzalez, who is Assistant Professor of Natural Resource Management and the Nau Endowed Professor in Habitat Research and Management at BRI.

“The opportunity granted by NFWF’s Pecos Watershed Conservation Initiative will aid in the restoration of iconic wildlife species of the Trans-Pecos. Because of this project, we have been able to initiate the restoration of thousands of acres of habitat which will provide wildlife the opportunity not only to increase their population numbers but to aid in their long-term survival.”

The grant is funded through NFWF’s Pecos Watershed Conservation Initiative, which supports conservation projects in the Pecos River Watershed, an area that extends from eastern New Mexico into West Texas and comprises a large portion of the energy-rich Permian Basin. The initiative identifies strategic conservation opportunities and works to enhance and restore the natural resources and wildlife habitat in the region.