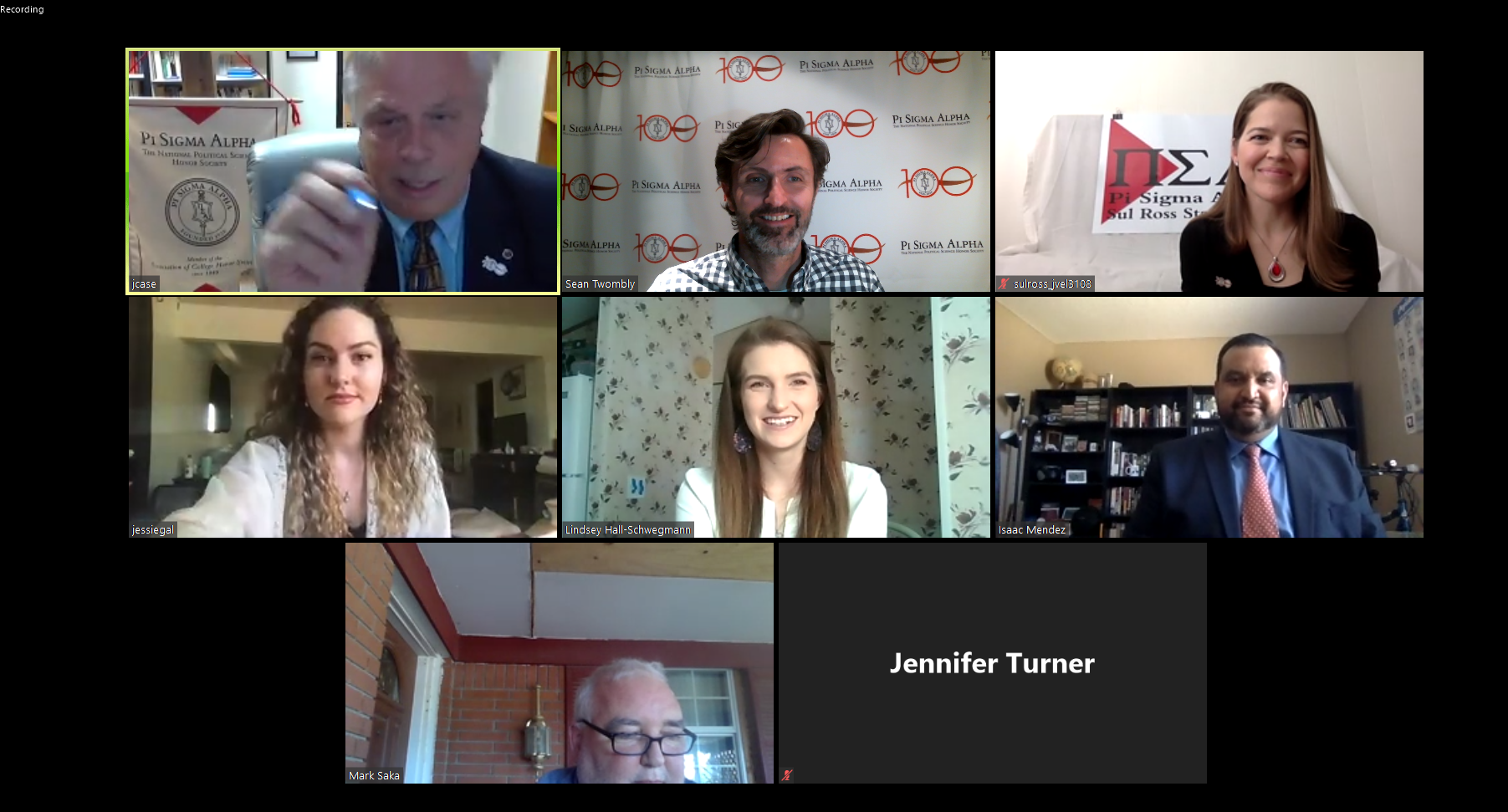 Sean Twombly, Executive Director of Pi Sigma Alpha, joined the ceremony to welcome the new members and tell them about the benefits of membership.

Celebrating its 100th anniversary, Pi Sigma Alpha (ΠΣΑ or PSA), the National Political Science Honor Society, is the only honor society for college and university students of political science in the United States.

Its purpose is to recognize and promote high academic achievement in the field of political science.

PSA is a member of the Association of College Honor Societies (ACHS) and adheres to all the standards set by ACHS for an upper-division, specialized honor society.