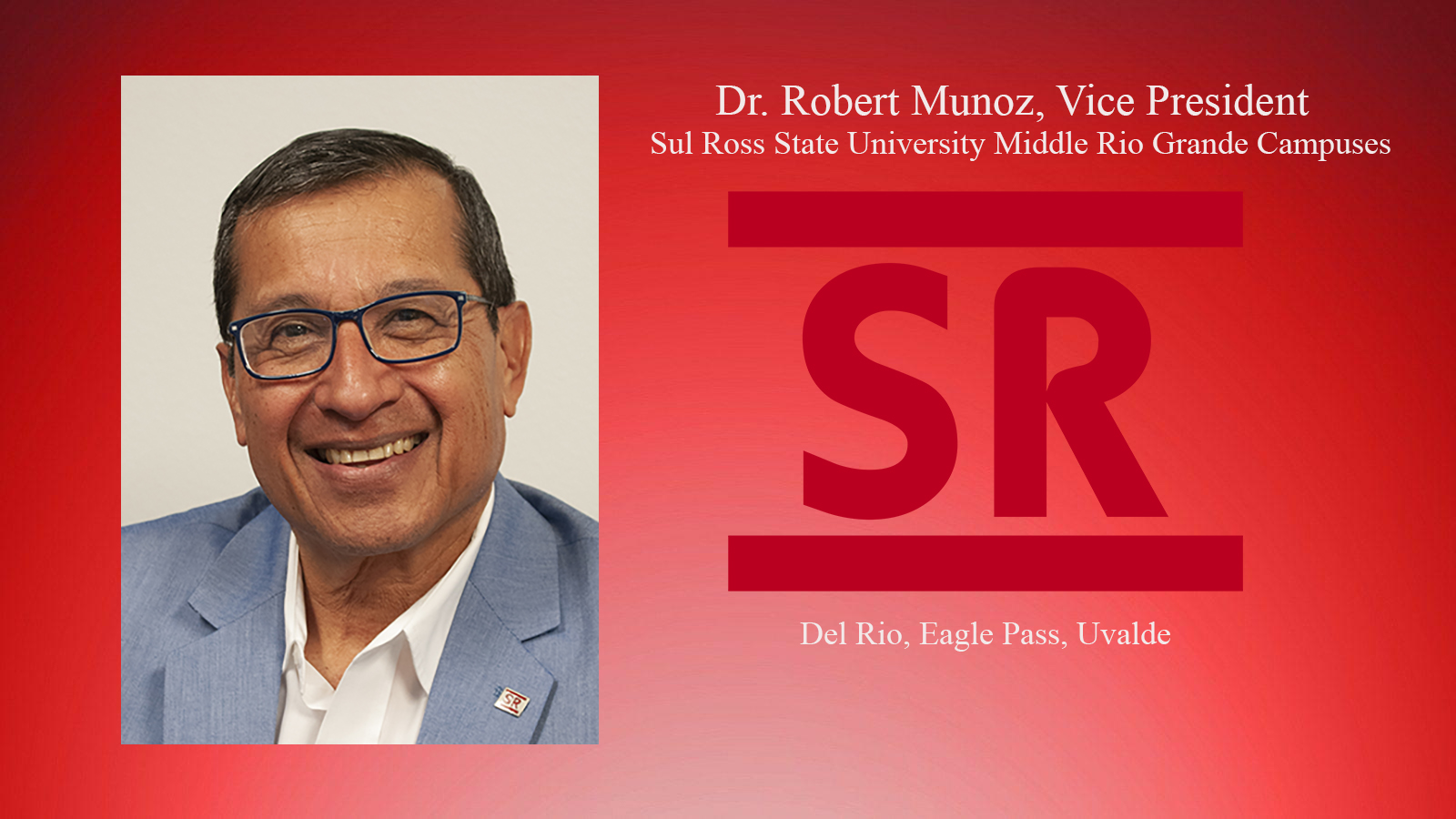 As a first generation college student, he understands the challenges and the opportunities students face. The native of El Paso is a first generation college student, and grew up with parents who encouraged their six children to pursue degrees. It worked! The Muñoz siblings hold 10 degrees between them—six bachelors, three masters, and one doctorate.

Muñoz said he stumbled into education while he was a probation officer in Odessa after graduating with a Bachelor of Science degree in Criminal Justice from the Univ. of Texas at El Paso. He started by teaching a management class at Odessa College, took on another class, and also finished an Associate degree in Applied Science. He soon joined OC full-time, serving as an instructor, and guided by a mentor, Vance Gipson, started his administrative career. During this time, he took advantage of a program offered at Sul Ross in Alpine that offered face-to-face classes on weekends and earned a Master’s in Counseling. Meanwhile, he continued to take on more responsibility at OC and completed a doctorate in Educational Administration from New Mexico State Univ.

When he left OC, Dr. Muñoz took on a challenge when he joined the administrative team at the Tarrant County College District in Ft. Worth, renovating a property used as a corporate headquarters into the dynamic Trinity River Campus. When Muñoz announced his resignation to come to Sul Ross, the President of the Trinity River Campus, Dr. S. Sean Madison, said, “We will miss his spirit of excellence, his love of community, and his positivity. I look forward to supporting his continued success as he moves into this important leadership role.”

Dr. Muñoz has served in volunteer leadership positions across an assortment of platforms such as Girls Inc., a nonprofit in 350 cities nationwide that supports, mentors, and guides girls ages 6-18; the Men of Color Mentoring Program in the Tarrant County College District, an organization that supports male Hispanic and African American college students; and United Way, among others. He has received a number of Hispanic leadership awards from civic organizations in Ft. Worth including the Hispanic Heritage Award in 2014, the Hispanic Chamber of Commerce Chairman’s Award in 2019, and the Brillo Award from the Hispanic Women’s Network.

He plans to become involved in the middle Rio Grande region and enjoys building relationships, discovering people’s passions, and discovering how they can work together. He said he is here to serve and looks forward to bringing his energy and enthusiasm to leading the Sul Ross campuses in Del Rio, Eagle Pass, and Uvalde to advocate for students and support communities.