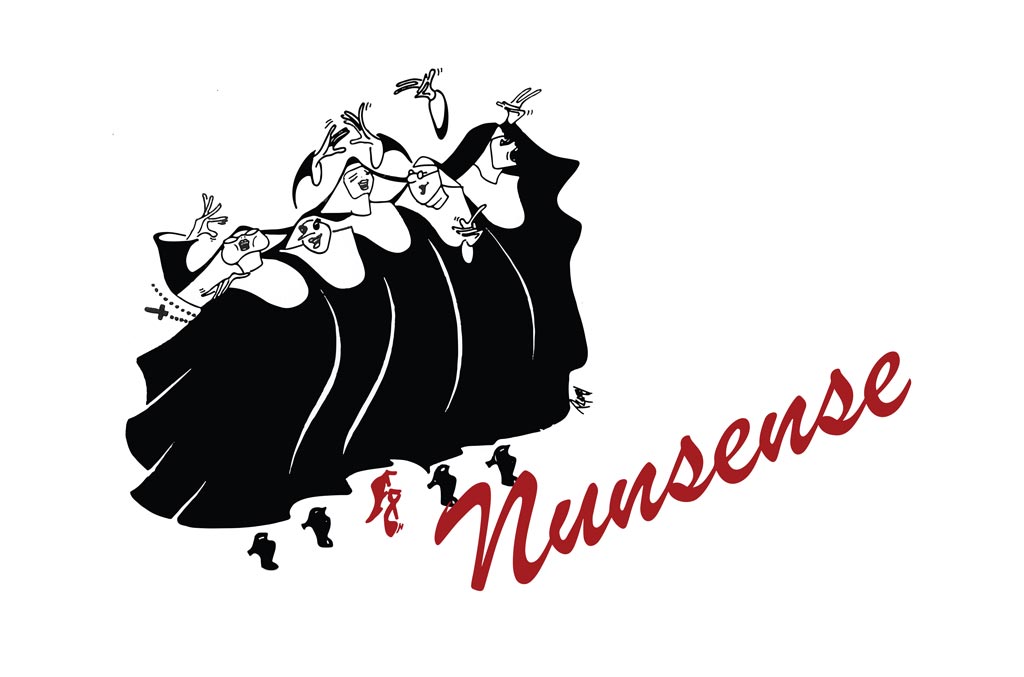 Theatre of the Big Bend’s production of Nunsense, the hilarious musical comedy by Dan Goggin and directed by Second City alumnus Bret Scott, will close on Sunday, August 4 at the Kokernot Outdoor Theatre.

Nunsense tells the story of the five surviving nuns of the Little Sisters of Hoboken who discover that their cook, Sister Julia, Child of God, accidentally killed the other fifty-two members of the convent with her tainted food. With the deceased nuns on ice in the deep freeze, the five singing nuns stage a variety show in the Mount Saint Helen’s School auditorium to raise money for the burials.

“This has been a wonderful experience,” says co-musical director and piano accompanist Lana Potts. “The actors all have such strong and beautiful voices. It has been a real pleasure working with them.”

Ms. Potts is currently the Director of Worship, Music & Arts at Travis Park Church in downtown San Antonio, and has accompanied and musical directed several ToBB and Sul Ross Theatre Program productions over the years, including The Fantasticks, Cabaret, Spamalot, Spring Awakening, and Annie Get Your Gun.

“Lana is an incredibly skilled and talented musician and accompanist,” raves Nunsense director Bret Scott. “Accompanying singers, especially in a musical, requires a great deal of sensitivity. Lana makes it look easy. We’re grateful for the talent and positive attitude she brings to ToBB. We’ve all had a lot of fun working on this show.”

Tickets for Nunsense are on sale now in the Fine Arts Building, room 106, or online at www.sulross.edu/tobb. Tickets may also be purchased by phone at 432-837-8218. Ticket prices are $12 for general admission, $10 for children 17 and under and seniors. Sul Ross students, faculty, and staff get in free with valid ID.

Nunsense runs Fridays, Saturdays, and Sundays at 8:15 pm through August 4 at the Kokernot Outdoor Theatre.