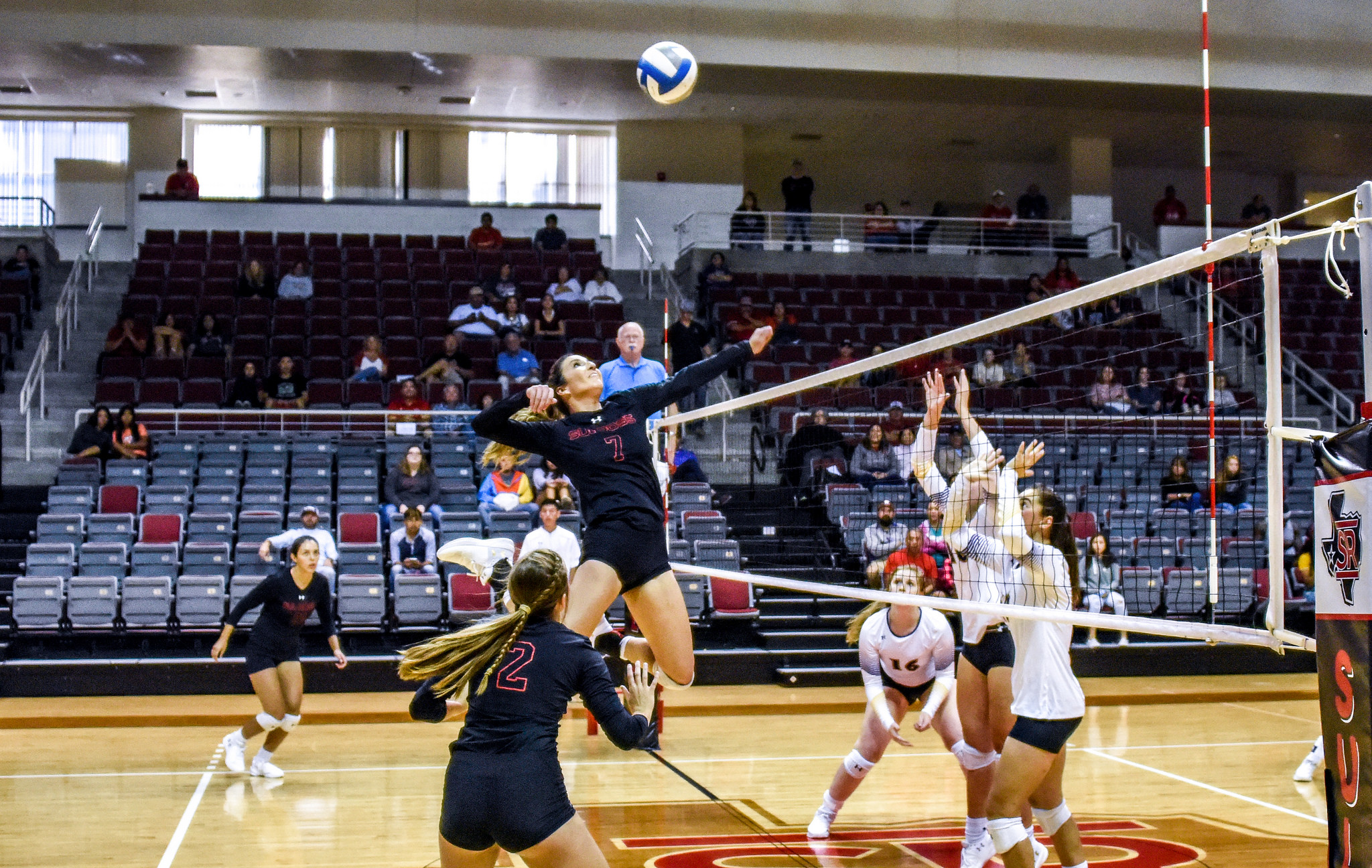 The Cowgirls edged the Lady Lobos in a 28-26 decision in the opening game before Sully recovered with a 25-23 victory in set two.

In Saturday’s second set, Sul Ross jumped out to a 7-3 lead which was capped by a Cowgirl attack error.

A kill by freshman Annika Canaba put the game at set-point before another hitting error spelled the Cowgirls’ demise as the Lady Lobos posted the 25-23 win and tied the match at 1-1.

Sul Ross bolted out with an 8-2 lead in set four that was finished off by a Hardin-Simmons attack error.

Another spike by Canaba put the home squad ahead by seven at the 16-9 mark.

The Lady Lobos then mounted a 5-1 run ending on a kill by Isabella Ruiz for a 19-10 Sul Ross lead.

Sully finished off the Cowgirls with a triple-kill assault by Canaba, Marina Gonzales and Autumn Kilpatrick for the 25-15 victory heading to the closing set.

In game five, Sul Ross took a 2-0 lead off a pair of opponent attack errors.

The Cowgirls then took a brief lead before a kill by Marlo Salazar tied the game at six.

The two teams swapped leads for the rest of the game before a kill by Jordan Scherer broke a 12-12 tie.

A kill by the Cowgirls’ Morgan Prince pulled Hardin-Simmons to within one, trailing 14-13.

Canaba then laid down the match-winning spike off an assist by Kylee Davis for the 15-13 game win.