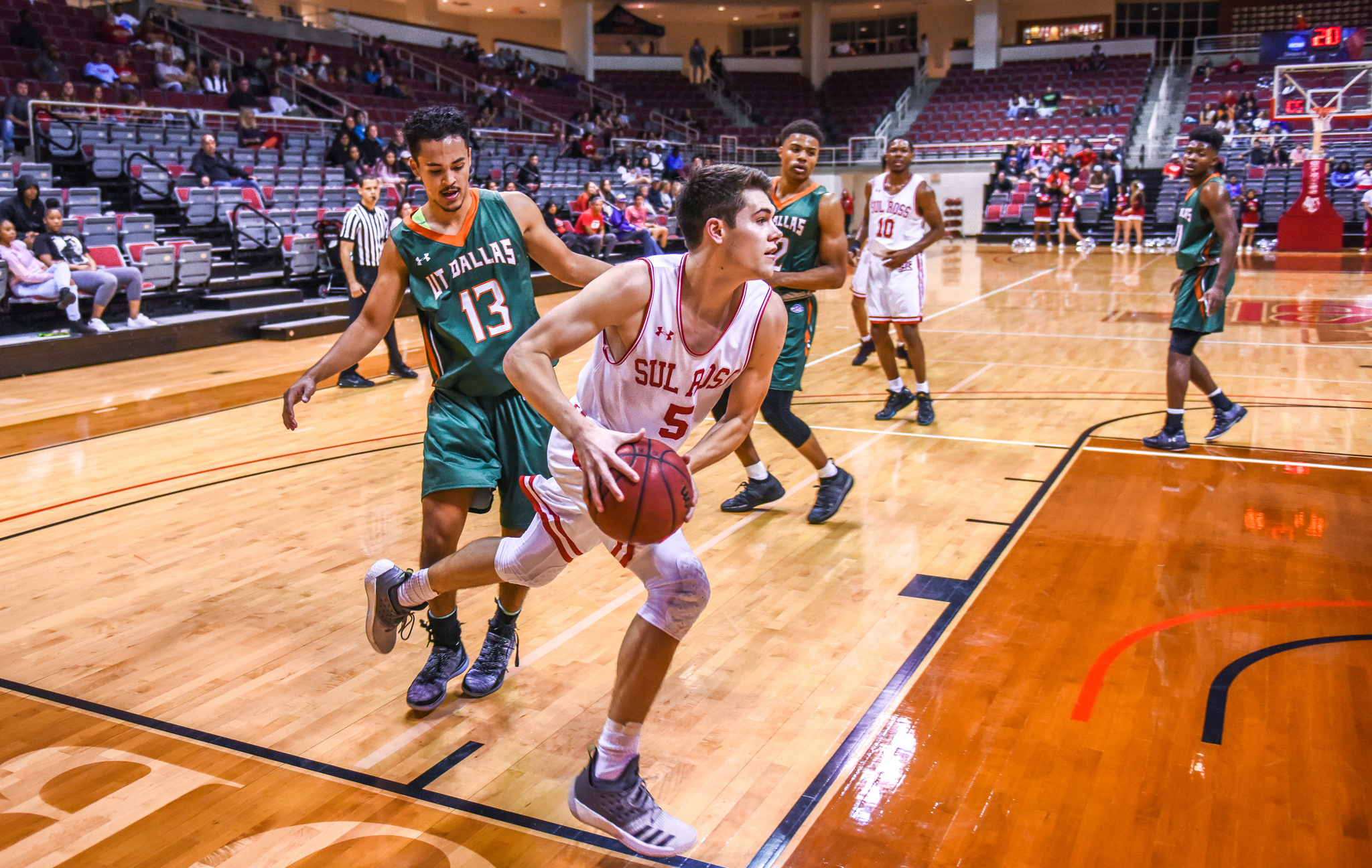 ODESSA, Texas- The Sul Ross Lobos saw a first half lead evaporate into the second period as Louisiana College came away with an 80-77 conference victory Saturday in Odessa.

Conner Dawson and Jack Kirkpatrick led the effort with 16 and 15 points respectively.

B.J. Hollis put the first five points on the board with two free throws and a three-pointer for a 5-3 lead early in the contest.

Sully then broke into a double digit lead as Otubu drained a long range jump shot for a 21-11 lead at 9:11.

A jumper in the paint by Jezreel Griffin gave the Lobos their largest lead of the half, up 38-25 with 2:30 left in the period.

Louisiana College fired back with an 8-0 run and trailed 41-40 heading to the break.

The Wildcats took over in the second half as LaShard Powell connected from outside the arc for a 43-41 lead at the 19:42 mark.

Cole Avery’s three-pointer at 18:26 returned the lead briefly back to the Lobos before Louisiana College answered with a 7-0 run for a 52-47 advantage.

Two foul shots by Hollis at 15:56 narrowed the Sul Ross deficit to three.

The Wildcats would then go on to hold an 11-point lead before the Lobos closed the gap to two off another Avery three-point basket at 7:43.

Dawson fired off a three-pointer at 5:12 pulling Sully to within one trailing 67-66.

Louisiana College would then go up by five before Kirkpatrick’s spin around jumper pulled Sul Ross back to within a one-point deficit at the 1:02 mark.

A pull up jumper by Tristen Licon at 38 seconds gave the Lobos a one-point go ahead but the Wildcats shot back with a 5-0 run.

Otubu then nailed a fast break three-pointer with two seconds remaining before a Lobo foul sent Kae’Ron Baker to the stripe for two foul shots giving Louisiana College an 80-77 lead and the ensuing victory.

Sully drops to 2-6 on the season and 1-4 in conference competition while the Wildcats improve to 7-1 and remain unbeaten in league play at 4-0.

The Lobos head to Phoenix, Arizona December 18 and 19 for non-conference games with Alma College and The College of Wooster.