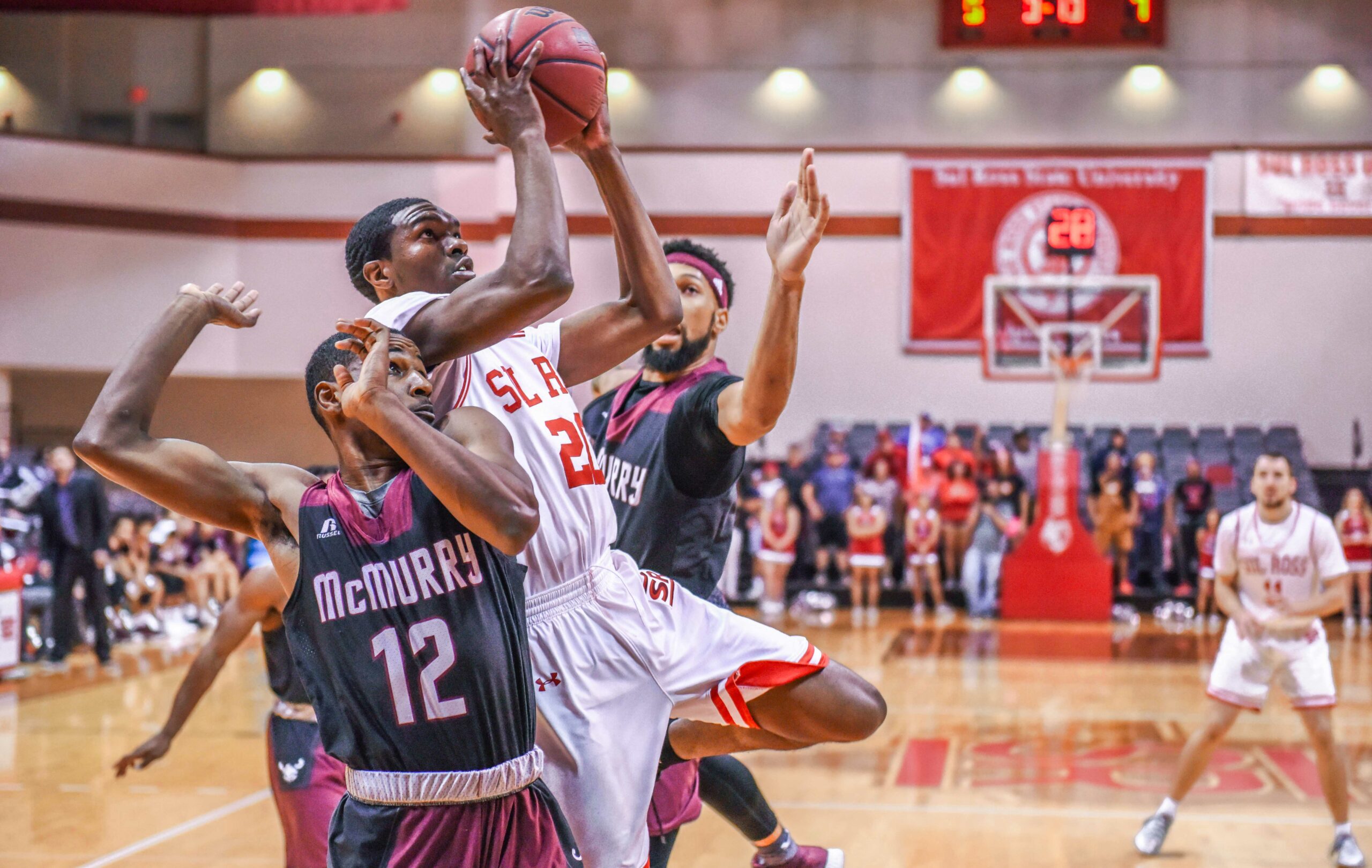 Freshman post Brayden led the effort with 17 points and was one rebound off from a double double.

The War Hawks jumped out to an early 5-0 lead before Jola Otubu’s jumper cut the Sul Ross deficit to three with 18:27 left in the first half.

McMurry held the lead over the next several minutes but a free throw by B.J. Hollis narrowed Sully’s deficit to one at the 13:22 mark.

The visitors broke into double digits at 7:32 off a dunk by Mike Williams for a 27-17 lead.  The War Hawks then climbed out to a 14-point advantage with a three-pointer by Jordan Sherman at 6:20.

A fast break layup by Fry cut the McMurry lead to six at 3:59 before Aaron Anderson ended the half with a two free throws in the closing seconds with the War Hawks leading 38-30.

McMurry held several double digit leads over the first seven minutes of the second half.

Two foul shots by Cole Avery at the 11:24 mark pulled the Lobos to within two before the War Hawks sported a pair of seven-point leads over the next four minutes.

Gary Ringo, Jr. then fired off a three-pointer to tie the game at 59 at 5:42.  Two more ties would follow before McMurry jumped out to a six-point lead with 1:14 left in regulation.

Another Ringo triple at 48 seconds cut the visitor’s lead to one but the War Hawks were able to break away and hold Sully to within four twice including the 73-69 final score.

Hollis finished the game with 12 points while Ringo and Tristen Licon sported 10 points each.

The Lobos will visit Belton for an ASC rematch with Mary Hardin-Baylor.  Tip off is scheduled for 7:30 p.m. Thursday, February 14.