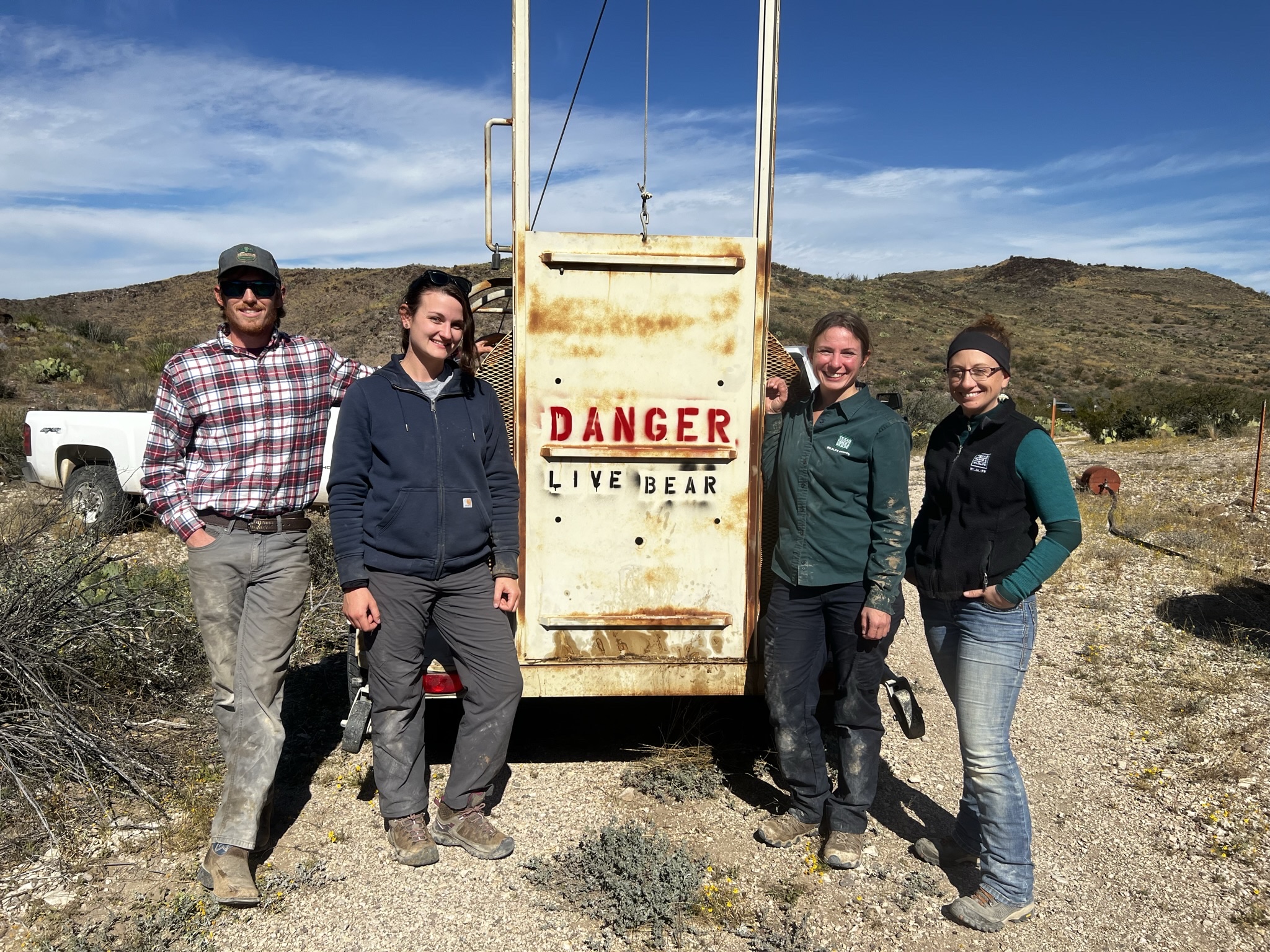 A comprehensive multiyear study on black bears is underway in far West Texas.

The study will follow an initial 30 collared bears over a period of two to five years from locations surrounding Big Bend National Park, north to the Davis Mountains, and east to the Devils River corridor.

It is a timely study as West Texas has seen an uptick in bear populations with residents reporting increased sightings, including of bears that rummage through dumpsters or otherwise seek out human sources of food.’ 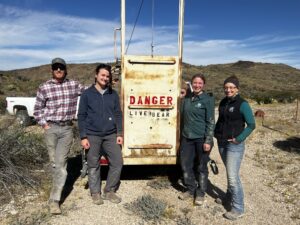 Black bears were once found throughout West Texas, but their numbers dwindled during the middle of the 20thcentury. Bears began returning to Big Bend National Park in the 1980s, and their population has rebounded as black bears from northern Mexico have expanded their territory into Texas.

The project, “Understanding Natural Recolonization of Black Bears in West Texas,” is led by the Borderlands Research Institute (BRI) at Sul Ross State University. Initial funding has been provided by Texas Parks and Wildlife Foundation, with additional grants from the Horizon Foundation, West Texas Chapter of Safari Club International, Coypu Foundation, and the James A. “Buddy” Davidson Foundation.

“There is a growing need for current information about this charismatic species, and the return of black bears to Texas is giving us a second chance,” said Dr. Louis A. Harveson, who is the Dan Allen Hughes, Jr., Endowed Director of BRI. “We look forward to working with Texas Parks and Wildlife Department, area landowners and residents, and our many partners to learn more about black bears in West Texas.”

The goal of the research is to better understand bear ecology—their ranging habits, population numbers, seasonal diets, and other data—in order to minimize human-bear conflicts and inform management decisions. A key component will be engaging with landowners, hunters and communities on the results.

The bear was captured and collared by BRI research technicians and then moved to Black Gap Wildlife Management Area by TPWD. BRI data shows that it took the bear six days to walk 35 miles to another heavily populated area near Terlingua Ranch Lodge.

This indicates that relocating bears may not be effective in deterring them from seeking out human food sources, including garbage cans, dumpsters, deer feeders and pet food.

Community support is a critical piece of the puzzle to ensure black bears and humans can coexist without conflict.

Texas Parks and Wildlife Department is leading the way in community engagement on these issues by hosting a workshop this January, called “Living with Black Bear in West Texas.”

TPWD Biologists will lead discussions on the history of black bears in West Texas, define natural bear behavior and behaviors that increase the likelihood of human-bear conflict, and provide examples of how to successfully deter bears from residences, garbage, and deer feeders.

A TPWD game warden will be present to answer questions about the protected status of black bears in the state and punitive consequences of taking a threatened species.

In addition to TPWD biologists and game wardens, BRI researchers with the black bear project will be in attendance to discuss preliminary findings.

The workshop is coordinated by TPWD and will take place at two locations, both on Saturday, Jan. 21. One will be from 9:30 a.m. to 11 a.m. at the Bunkhouse at Bad Rabbit Café located at 16000 Terlingua Ranch Road in Terlingua, and the other will be from 2 to 4 p.m. at the J. W. “Red” Patillo Community Center located behind the Post Office in Study Butte at 100 TX-118.