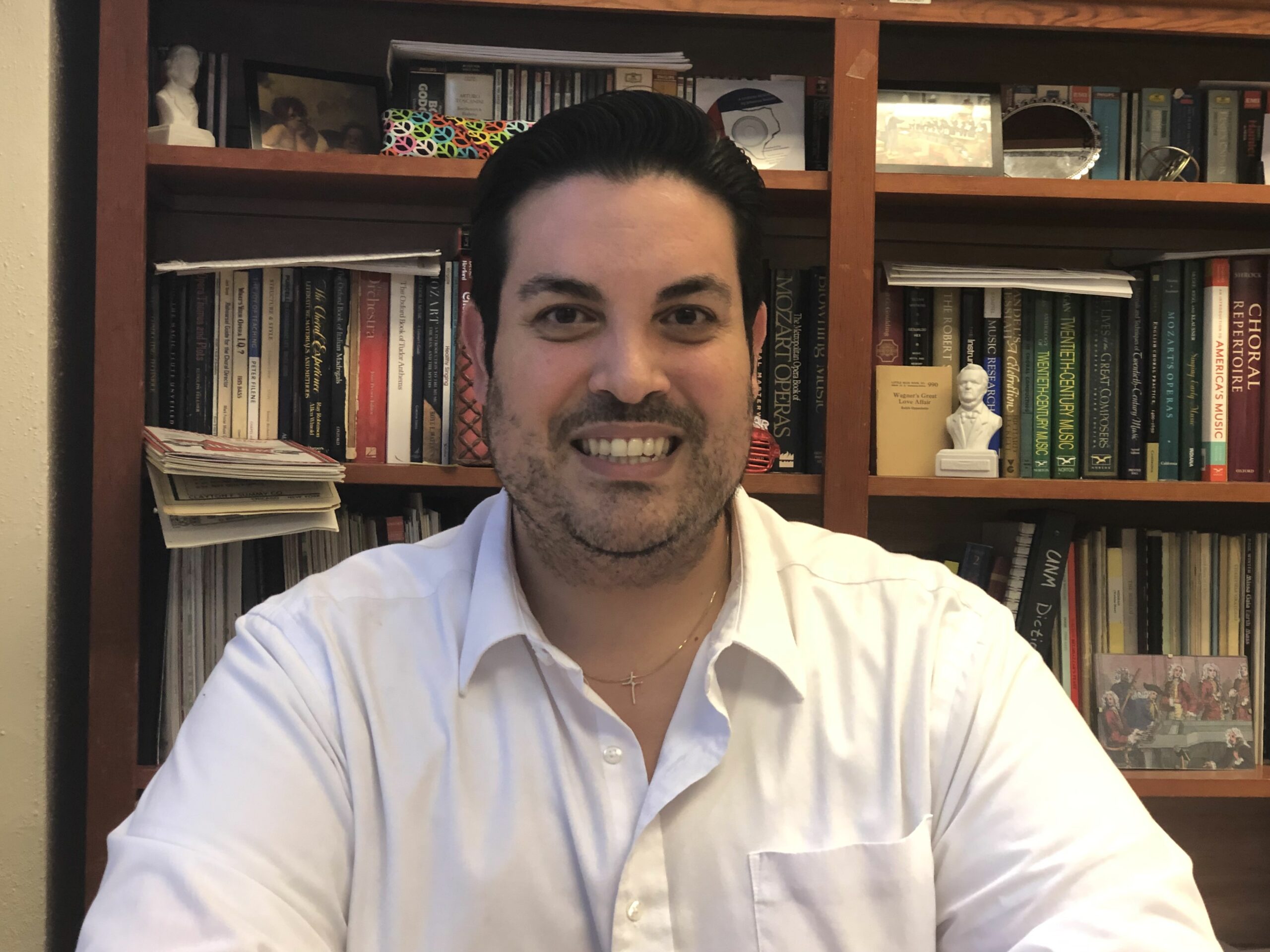 The free choral concert will be staged outdoors in the Zuzu Verk Memorial Amphitheatre at 7:30 p.m.

“The concert is going to be fun, lighthearted, with some serious overtones. We wanted it to be outside, with the ambience of the sky above,” Alegria said.

The concert represents the three days of Dia de los Muertos, a Mexican holiday celebrated throughout the Southwest, and observed locally.

Dia de los Muertos begins with All Hallows’ Eve, Oct. 31, and continues with All Saints’ Day Nov. 1, ending with All Souls’ Day Nov. 2. Observers offer prayers and remembrances for friends and family who have died, often setting up colorful altars at cemeteries, churches and homes. The holiday is viewed as a time to celebrate and reconnect with loved ones.

“I love the concept of Dia de los Muertos,” Alegria explained of his decision to conduct this performance.

Besides the personal connection to the holiday, Alegria is a fan of Mozart’s tragic personal story.

“Mozart was very poor, though famous. When he died, he was buried in a pauper’s grave that has been lost to time. But his music was prolific and we still love it,” Alegria said.

Mozart wrote the first eight bars to his final Requiem and then he died. His understudy and friend, Franz Sussmayer, completed the work, which is just over an hour long when performed in full.

For Alegria’s concert, the choir will perform the first eight bars from the Requiem entitled Lacrimosa, and then revisit the work by playing the whole first movement which was finished by Sussmayer. This represents Mozart’s death and immortality.

Mozart will be the only classical composer represented in the concert. Other works come from modern composers like Stephen Sondheim.

Alegria is working with other faculty within the department to bring lighting and sound to the outdoor venue.

Choir members will perform in Halloween costumes of their choice. “I want my students to enjoy the experience of performing,” Alegria attested.