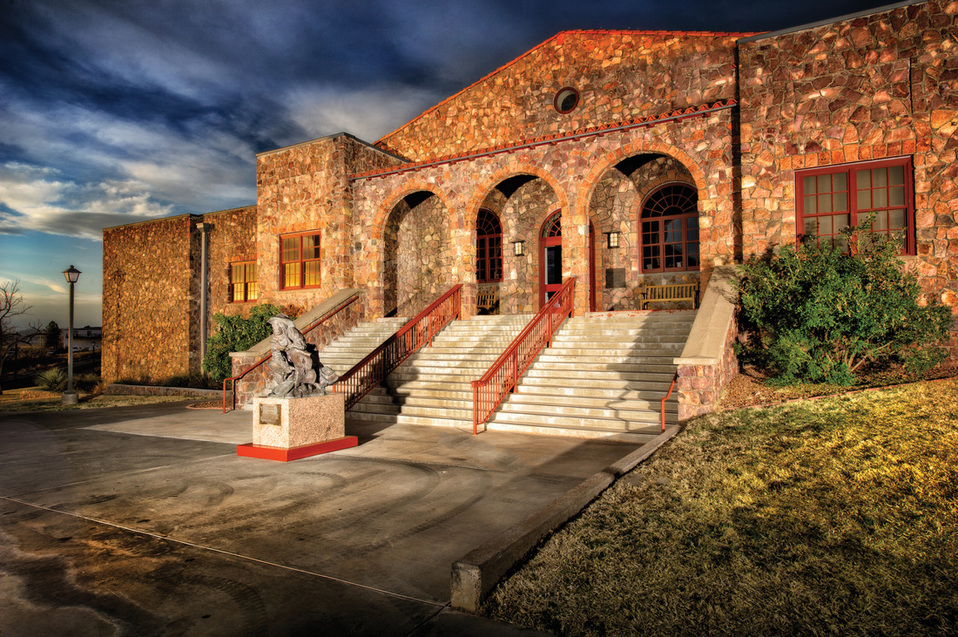 The Sixth Annual Museum of the Big Bend Heritage Dinner honors a distinguished Museum friend, and this year is raising funds and awareness for an expansion project that will nearly double the Museum’s size.

This year’s honoree is Charles Mallory, a steadfast supporter of the Museum and Sul Ross State University.

The $10 million Museum expansion project is in its second year of fundraising and has so far raised $2 million.

The Museum’s Yana and Marty Davis Map collection is one of the state’s most comprehensive collections of Texas, Indian Territory, Mexico and World maps.

The expansion will provide a designated place to properly care for and store the growing collection of artifacts and will add gallery space for rotating and permanent exhibits.

The expansion will build into the northeast parking lot behind the historic establishment. A spectacular new entrance will connect the two buildings.

New design is by internationally renowned architect Larry Speck of Page Architects and will complement the historic main building.

Additions include an event center and outdoor patio with mountain views and a special gallery devoted exclusively to El Paso artist Tom Lea’s portfolio portraying the history of the cattle industry.

The original Museum building has a storied history, narrowly escaping condemnation and disrepair.

It was originally built and designed as a museum in 1936 with a unique Lamella arch roof, but by 1965, its collections were moved to make room for a University Center.

Eventually the Morgan University Center was built, leaving the historic museum building empty. A grassroots push to reclaim the building for the purposes of preserving regional history as the Museum of the Big Bend was staged, and in 2007, the historic building underwent a complete renovation.

The Museum now enjoys a dedicated and growing group of sponsors, stewards and volunteers who see to its enduring presence in the region.

Architectural renderings for the expansion project can be viewed in the hallway behind the Museum Gift Shop.

The Heritage Dinner takes place Saturday September 21 at 7:00 p.m., with a cocktail reception at 5:30, at the Ritchey Brothers Building in Marathon and catering by the Gage Hotel. For more information and tickets, call (432) 837-8143 or visit museumofthebigbend.com/events.