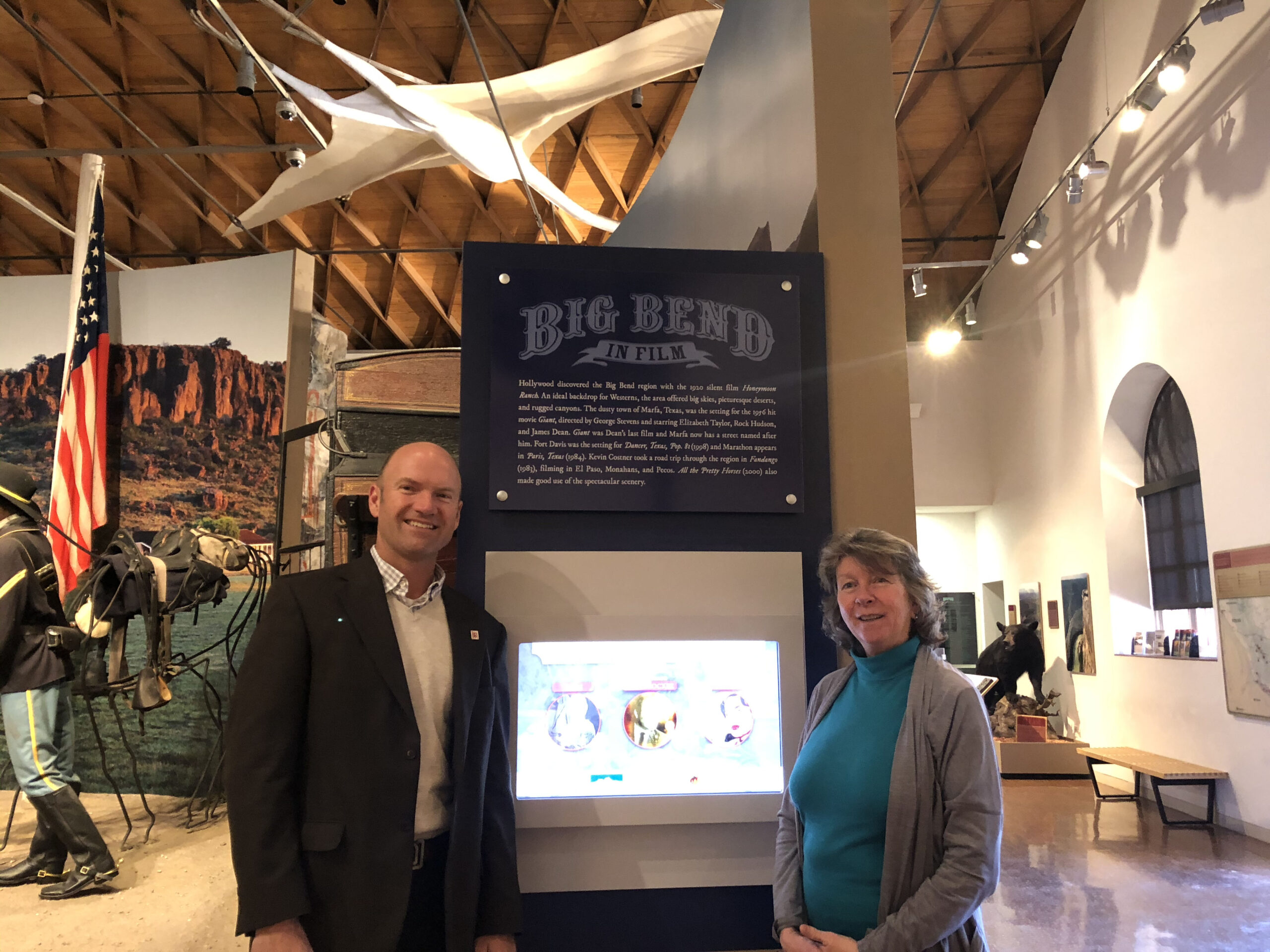 Brand new video monitors with touch screen capabilities were recently installed as part of technology upgrades at the Museum of the Big Bend.

The new monitors, which are ADA compliant, were installed on Thursday, February 27 at a total cost of $25,000 and funded through the City of Alpine Hotel/Motel Tax.

The Museum utilizes six video kiosks that highlight short video segments about each of the permanent exhibits.

“We are extremely grateful to the City of Alpine for our longstanding partnership,” said Museum Director Mary Bones. “Thanks to the City’s support, the Museum now has six touchscreen monitors that show our classic videos as well as the West of the Pecos Cattlewomen, Texas Aerial Photography and Lobo Legacy films.”

Bones added that the Museum now has the capability to add more videos to the new monitors for future productions.

“With these upgrades, we now have consistency, professionalism and a beautiful design,” she said.

According to Bones, one of the goals for the video system upgrades is to help Sul Ross departments tell their story to visitors, parents and students.

Current videos on exhibit include:

Proposed videos highlighting programs and departments at Sul Ross include:

Museum Art, a company out of Dallas, provided the design of the kiosks and installation of the monitors.

City Manager Erik Zimmer said, “The City of Alpine remains excited about the support it provides the Museum of the Big Bend. The Museum provides a rich history of the area and highlights the many people that have helped develop our region.”

Zimmer noted that the monitor upgrades will further enhance the experience of guests of the Museum.

“The storyboards and depictions are fabulous and are in-line with the experience people seek in these venues,” he said. “We continue to point visitors to the Museum of the Big Bend as a Top 10 attraction in Alpine and the Big Bend area.”