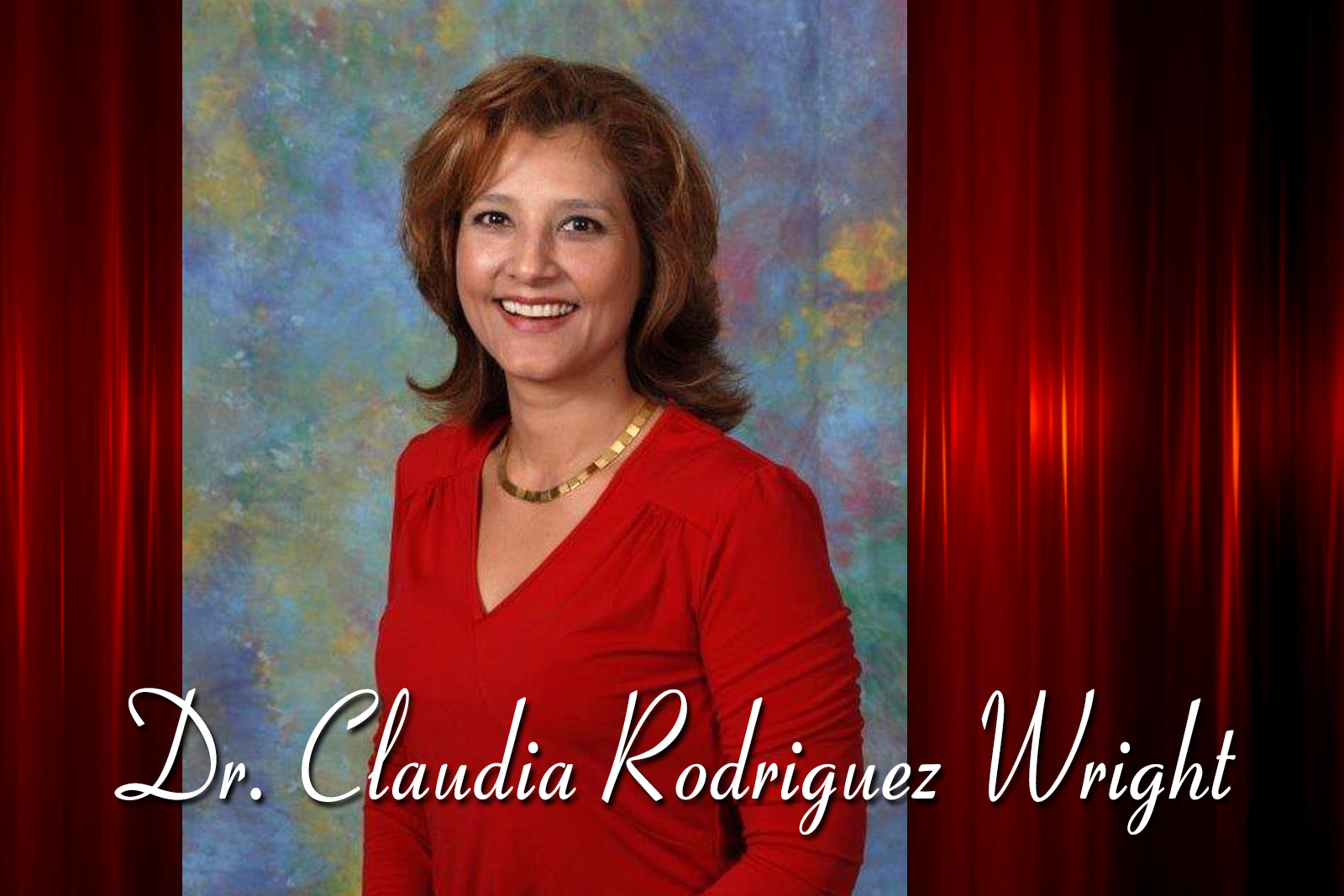 “Dr. Rodriguez Wright has diligently served Sul Ross State University since the mid 1990s,” said Dr. Rob Kinucan, Executive Vice President and Provost. “She has contributed significantly to the success of the Del Rio, Uvalde and Eagle Pass campuses and her expertise will be missed. We wish her well in retirement.”

Dr. Jim Case, Professor of Political Science and Public Administration and former Provost said, “I have known Claudia and her husband, Jacob, for decades. Jacob was one of my students and I met Claudia through Jacob.”

Case added that he and Rodriguez Wright collaborated on several university programs during his time as a professor and administrator.

“Claudia and I had the opportunity to work collegially through the years on various university projects but it was when I became provost in 2015 that we worked together closely,” said Case.

“Her contributions to the work of the registrar’s office, to enrollment management and to student life cannot be over stated. What distinguishes her is her love and dedication to the Middle Rio Grande Campuses and their students,” he said.

Rodriguez Wright came to Sul Ross MRGC in June of 1995. She was the first Hispanic administrator in Eagle Pass. In 2009 she became Director of Admissions and Records and was promoted to Director of Academic Affairs in 2018.

Prior to her work at Sul Ross MRGC, Rodriguez Wright served as Academic Counselor at St. Edward’s University and Management Auditor I with the Texas Department of Criminal Justice – Community Justice Assistance Division in Austin.

Dr. Rodriguez Wright has extensive and varied experiences including establishment of GO Centers in six communities in the middle Rio Grande region.

Rodriguez Wright was instrumental in creating an endowment for the Education Foundation Board awarded as grants for teachers submitting innovative educational ideas in the classroom to enhance learning and improve retention.

She was also a key figure in the establishment of the first regional Annual Southwest International Trade Center and Exposition in Eagle Pass.

She earned her Bachelor’s of Science Degree in Criminology and Corrections from Sam Houston State University in 1988 and a Master’s in Education from Sul Ross in 1992. Rodriguez Wright went on to receive her Doctorate of Education from the University of Texas at San Antonio in 2013.

Retirement plans include spending quality time with family and traveling.