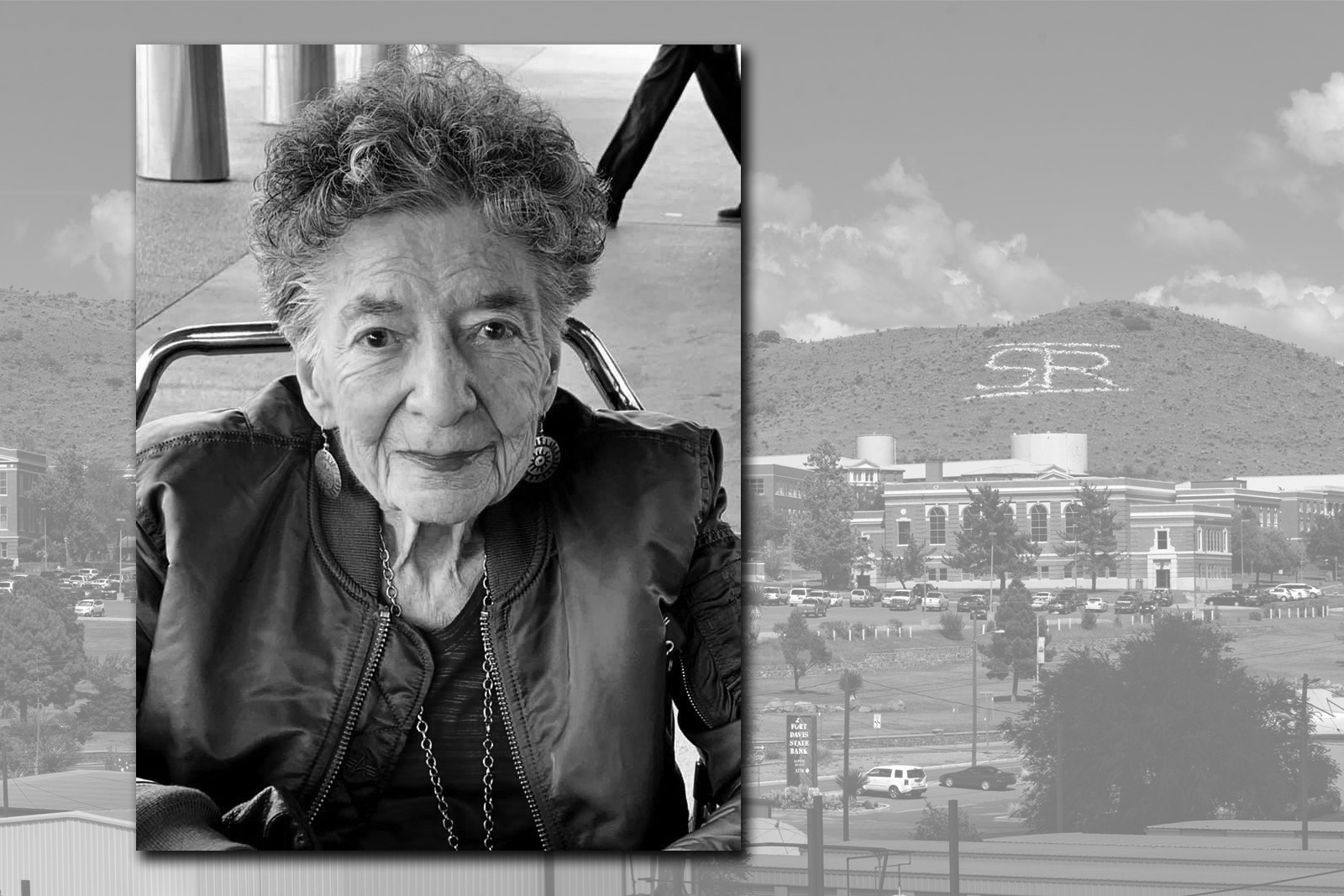 Mrs. Gallego is well known as a servant-leader and instilled a sense of purpose and service to her children, her community and Sul Ross students.

She met her husband-to-be, the late Pete A. Gallego, on the steps of Lawrence Hall as a student.

As with many Mexican-American women at that time, Mrs. Gallego made the decision to forgo her pursuit of a college education in order to provide a positive influence for her children and support their family business.

Meanwhile Pete graduated from Sul Ross and was the first person in his family to earn a college degree. Mr. Gallego later served as a school board member and was well known for leading the fight for integration. He later became the first Latino to own commercial property in Alpine and established a business on the north side of the railroad tracks in an area that was segregated as Anglos only.

The Gallegos served the Alpine community through their local businesses including the Green Cafe which later became Gallegos Mexican Food. The Green Cafe also served as a venue for community meetings where residents were mobilized in their effort in fighting for civil rights.

Pete and Elena also spearheaded the creation of the Alpine Community Credit Union.

Pete’s accomplishments would not have been possible without the strong support and strategic advice from his wife Elena at his side. During times of civil unrest and increasingly controversial and violent episodes related to racial dynamics, Elena encouraged her children to achieve more by making education a priority.

Mrs. Gallego played an integral role in making integration a reality in Alpine by organizing and motivating community members to take action and mobilizing the Mexican-American community through civic engagement.

Her accomplishments cannot be measured by her education but instead by her fortitude to work side-by-side with Pete and others to change the culture in Alpine. Mrs. Gallego strategized and worked with community leaders to desegregate the local schools in order to provide the best education possible to local residents. She worked as a driving force to provide opportunities for the community that had been under-represented and under-appreciated.

Because of her encouragement, Elena’s children went on to earn degrees in law school and medical school.

Daughter Imelda Gallego Garcia earned a law degree from the University of Houston and continued the servant values she learned by providing pro bono legal advice to residents in El Paso.

Daughter Rebecca Gallego received a medical degree from the University of Minnesota and has also invested in the El Paso community.

Son Pete P. Gallego received a law degree from the University of Texas at Austin and went on to serve the citizens of Texas in the State House of Representatives and later as a United States Congressman.