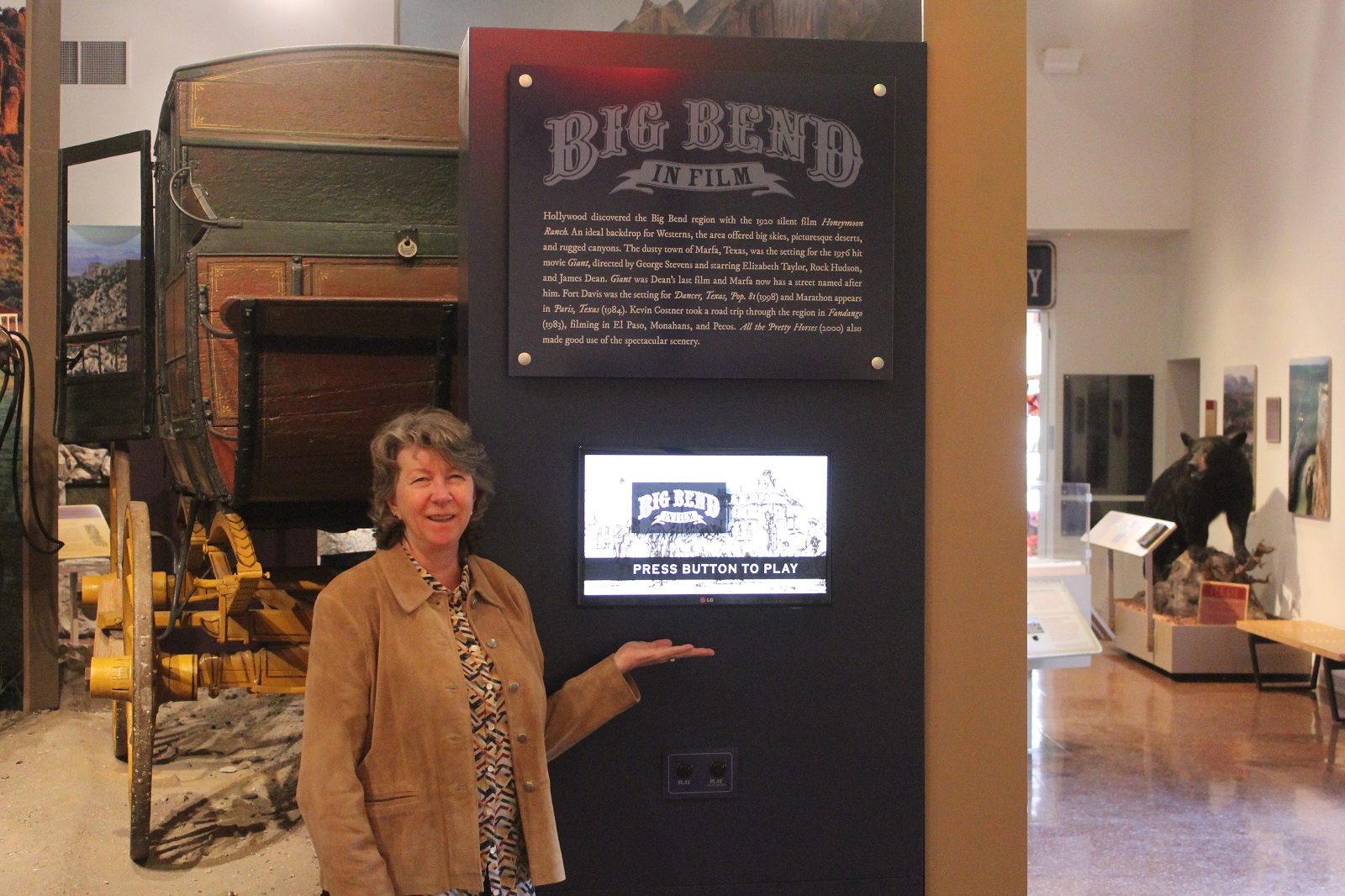 The new kiosks are tentatively scheduled to be installed and up and running in mid to late 2020.

Total cost of the project, which includes video monitors, installation and design, will run around $25,000 which is being funded through the City of Alpine Hotel/Motel Tax. The Museum will fund any incidental expenses.

The Museum currently utilizes five kiosks that highlight short video segments about each of the permanent exhibits.

“Our exhibits are very text-dense,” said Museum Director Mary Bones. “We have some visitors that love to read the information from opening to end but then we have folks who want just a quick overview or just want to learn a particular aspect of each of our five areas.”

Bones added that the videos that accompany each exhibit have served the Museum well since relocating to the old rock-sided University Center in 2007.

The old UC served as the original location of the Museum when it opened its doors in 1925. Prior to its current location, the Museum was housed in the lower level of Lawrence Hall and was also part of an underground facility near the old tennis courts.

“The video displays are also 2007 technology so with more than a decade’s worth of use things start to fail,” Bones said.

“This is not an inexpensive endeavor but with the help from the hotel/motel tax, replacing these monitors with newer ones and with newer technology will be much more affordable.”

Bones said one of the options previously explored was to use a standard monitor with a single video setup.

“We could have gone with a standard tech approach with one video and two buttons,” said Bones. “But it occurred to me that visitors are probably interested in more than one video and these kiosks can serve a much bigger purpose than they do right now.”

According to Bones, the new kiosks will feature multiple videos with touch screen technology and will also be ADA compliant.

“With these new and upgraded kiosks, I want to have consistency, professionalism and a beautiful design,” she said.

“This will also allow us to include additional story telling as it relates to the Big Bend Region and Sul Ross.”

“One of my major goals for these new screens is to be able to help Sul Ross departments tell their story to our visitors, parents and students,” said Bones.

Current videos that are being shown at each of the kiosks include:

Proposed videos highlighting programs and departments at Sul Ross include: