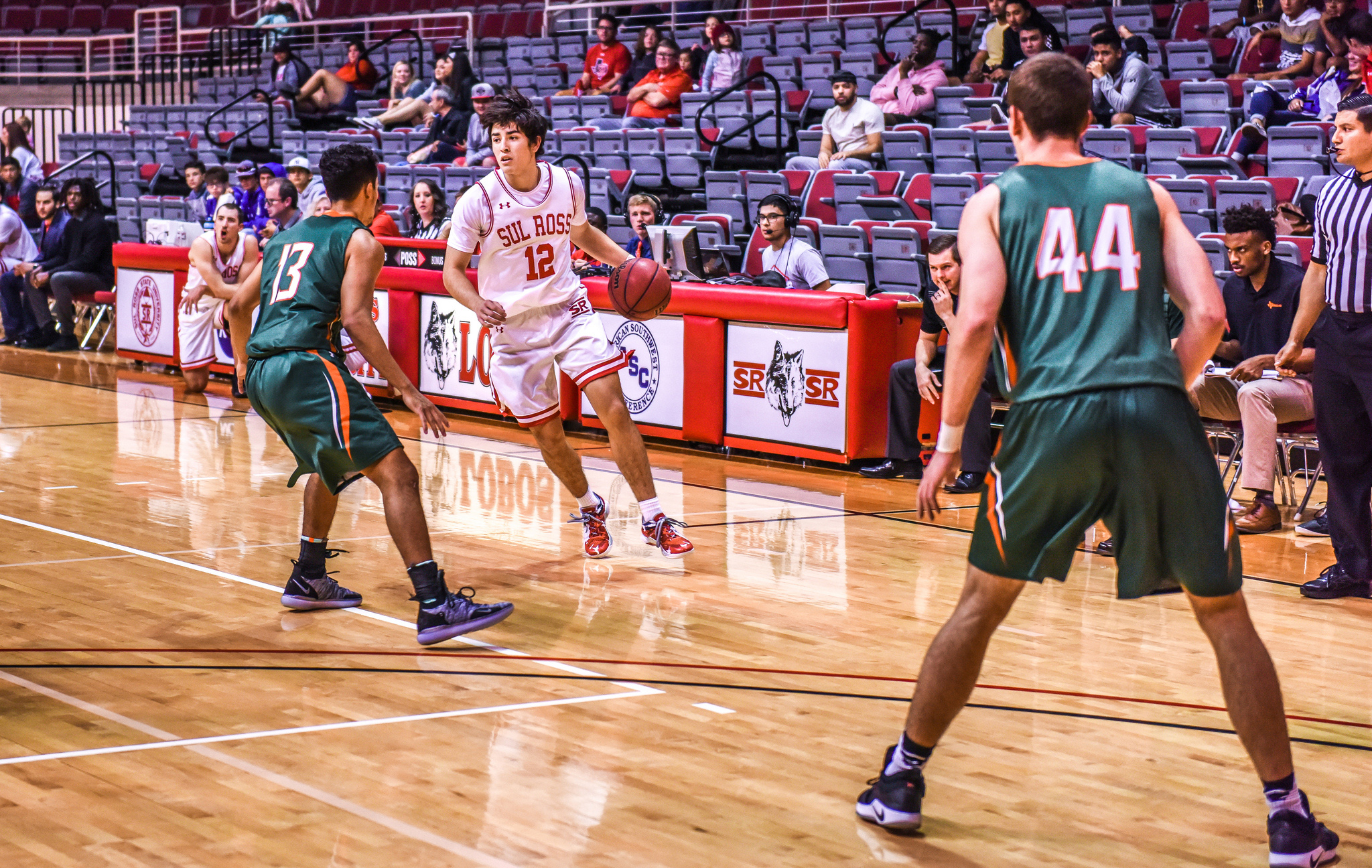 AUSTIN, Texas- No. 10 University of Wisconsin-Whitewater improved to 10-0 with a 79-59 victory over Sul Ross Friday evening at Concordia University in Austin.

Licon nailed a three-point basket for the first points for the Lobos and tied the game at three with 19:01 left in the first half.

The Warhawks grabbed a brief go ahead before a mid range jumper by Dawson at the 16:13 mark tied the game at nine.

The Lobos would go on to sport two more nine-point leads before Whitewater narrowed its deficit down to three off two free throws by David Sachs at 4:53.

A triple by the Warhawks’ Dalton Menke at the 2:23 mark gave Whitewater a 30-28 advantage.

Sachs banked again from the paint at 22 seconds as Whitewater went to the break leading 36-33.

Sul Ross tied the game at 36 as Jezreel Griffin knocked down a three ball 13 seconds into the second half.

The Warhawks broke into a double digit lead at 8:55 and never lost command as Whitewater coasted to the 79-59 victory.

The Lobos fall to 4-7 on the season and will face Aurora University Sunday at 1:00 p.m. from the campus of Trinity University in San Antonio.