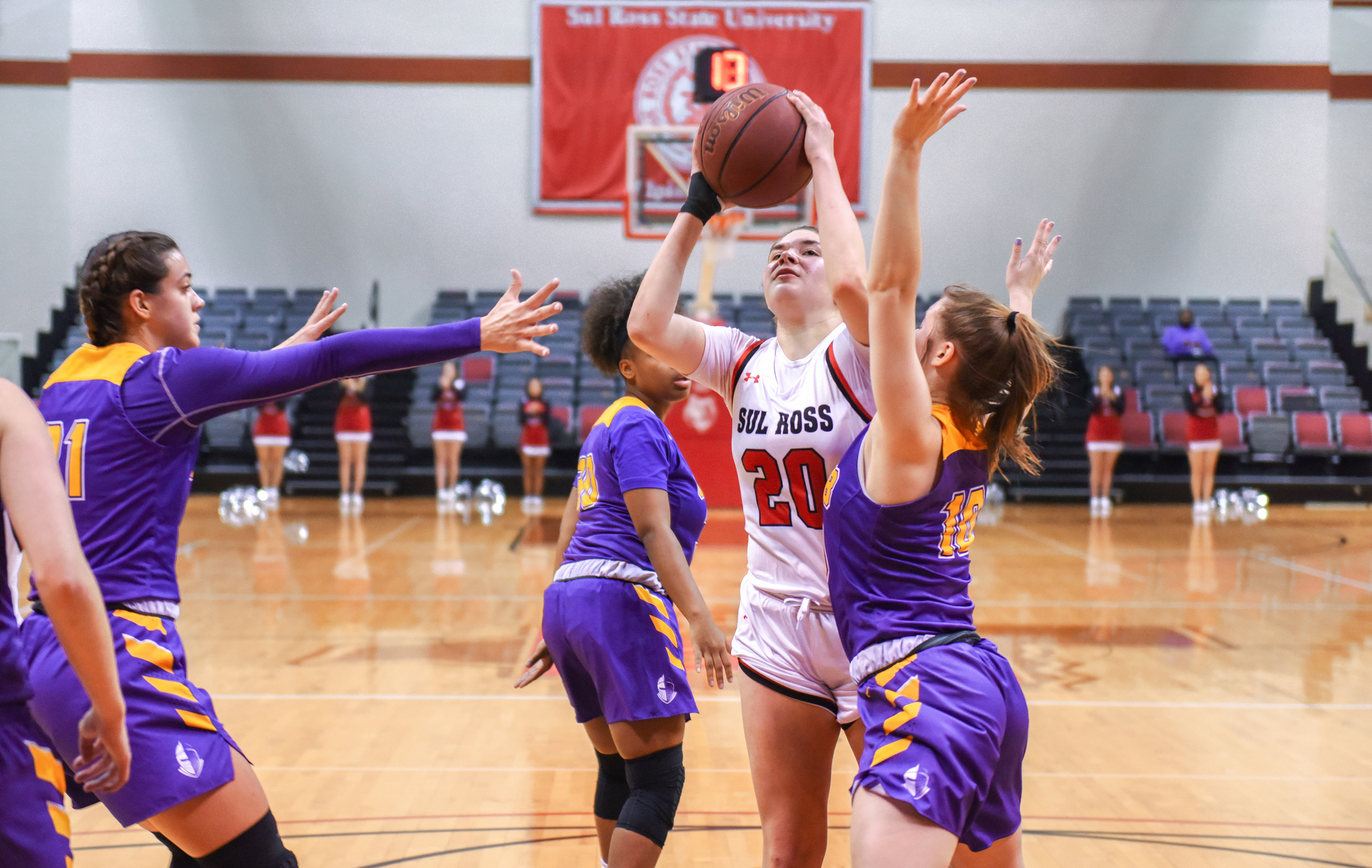 Nunez also posted 10 rebounds for her first double double of the season.

The Crusaders took command in the first quarter and broke into a double digit lead of 21-11 off a layup by Brooke Elliot at the 1:51 mark.

The home squad converted another bucket off a missed Sul Ross jumper extending their lead to 12 at 1:25.

Two free throws by Lizette Heredia at 1:05 cut the Lady Lobo deficit back to 10 before Mary Hardin-Baylor ended the period on a 3-0 push and led 26-13.

The Cru sported a pair of 17-point leads in the second quarter but a fast break layup by Annie Lenoir capped a 10-0 Sul Ross run and cut the Lady Lobo deficit to four with 3:00 left before the half.

A jumper in the paint by UMHB’s Kendall Rollins spread the gap back to double digits at the :52 second mark.

A layup at 32 seconds by Elliot sent Mary Hardin-Baylor to the break ahead 52-40.

In the third quarter, the Crusaders exploded to a 28-point lead with less than a minute left in the period.

Two free throws by Kayley Diaz in the closing seconds of the frame trimmed the UMHB lead to 24.

Mary Hardin-Baylor held a tight reign in the fourth quarter allowing Sully to creep to within 17 before closing the lid on the 102-79 win.

Lenoir finished with a second team-high 17 points while Diaz added a season-best 13 assists.

The Lady Lobos close out the season Saturday in Austin against Concordia University. Tip off is scheduled for 1:00 p.m.