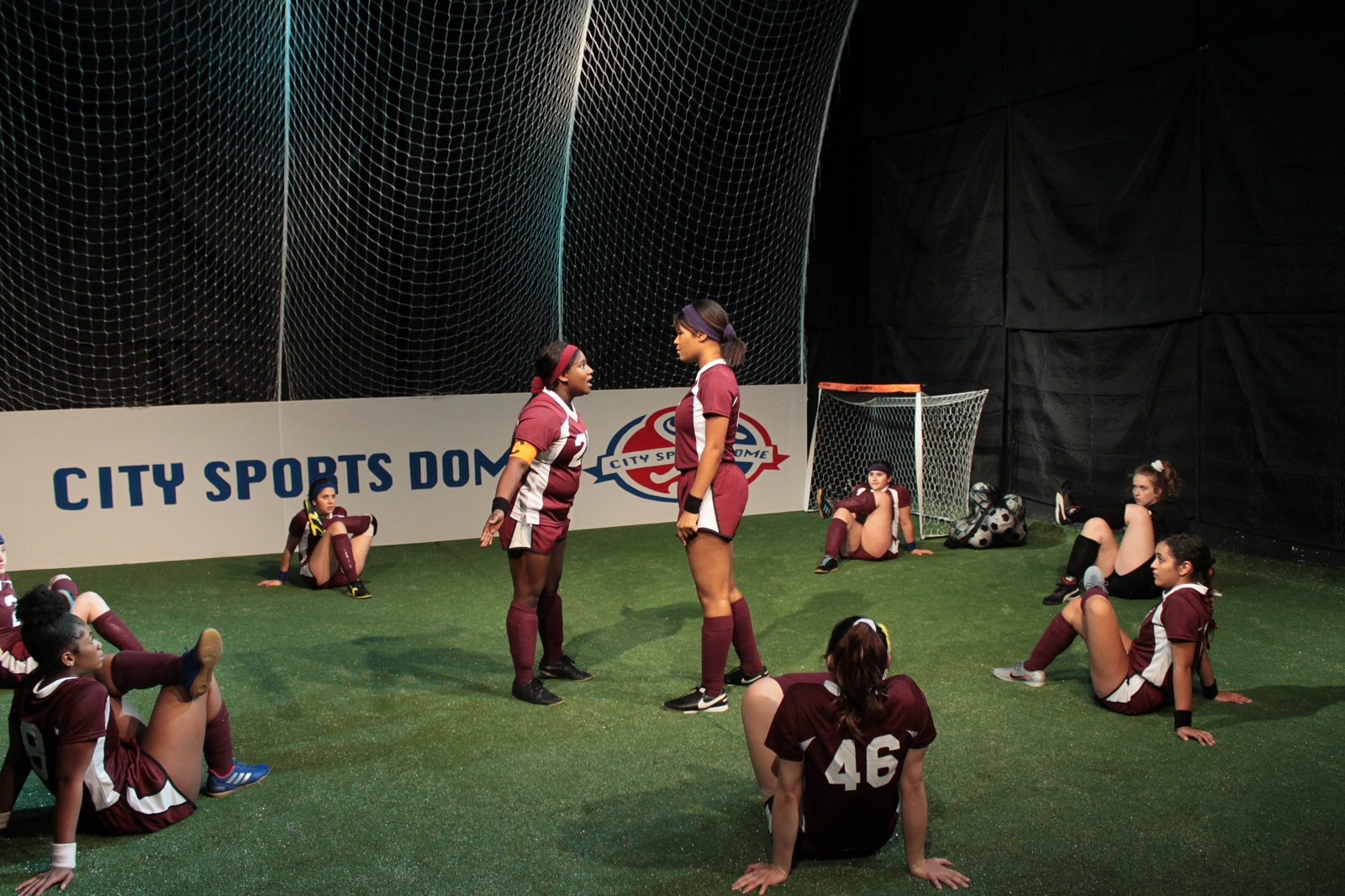 The Sul Ross Theatre Program will close The Wolves, a play by Sarah DeLappe, this weekend. Come see what audiences are calling “a triumph” and “a rich and moving production.” Performances run at the Motion Capture Sound Stage (the indoor space next to the Kokernot Outdoor Theatre) Friday, November 15 and Saturday, November 16 at 7:30 pm, and Sunday, November 17 at 2:00 pm. The Wolves follows nine girls on an elite indoor soccer team during their pre-game warm-ups. From the safety of their suburban stretch circle, the team navigates big questions and wages tiny battles with all the vim and vigor of a pack of adolescent warriors. The Wolves is a portrait of life, liberty, and the pursuit of happiness for nine American girls who just want to score some goals.

“Audiences are really enjoying this show,” said director Marjie Scott. “Each of the characters is distinct and very real. I’ve had audience members tell me how much the characters reminded them of themselves or people they knew.”

The Wolves is the first live theatre production in the Motion Capture Sound Stage, a 2500-square foot, high-ceilinged, open space typically used for filmmaking and 3-D motion capture. The structure was built in 2015 as part of a Title V grant to develop a film production degree at Sul Ross State University. For the set design of The Wolves, Sul Ross Theatre Program Technical Director Ross Fleming converted the sound stage into an indoor soccer field with 1000 square feet of Astroturf, goalie nets, and aluminum bleachers for audience seating. “The audience will be transported to the world of indoor soccer when they enter this space,” said Fleming, “It doesn’t feel like a theatre. It feels like you’re on the field with the players.”

The Wolves runs weekends through 17. Performances on Fridays and Saturdays start at 7:30 pm and Sundays at 2 pm. Tickets are $12 general admission and $10 for seniors and children. Sul Ross students, faculty, and staff get in free with a valid Sul Ross ID. Tickets may be purchased online at www.sulross.edu/theatre or by calling 432-837-8218. Reservations recommended as seating is limited. The Wolves contains strong language and may not be suitable for children under the age of 16.