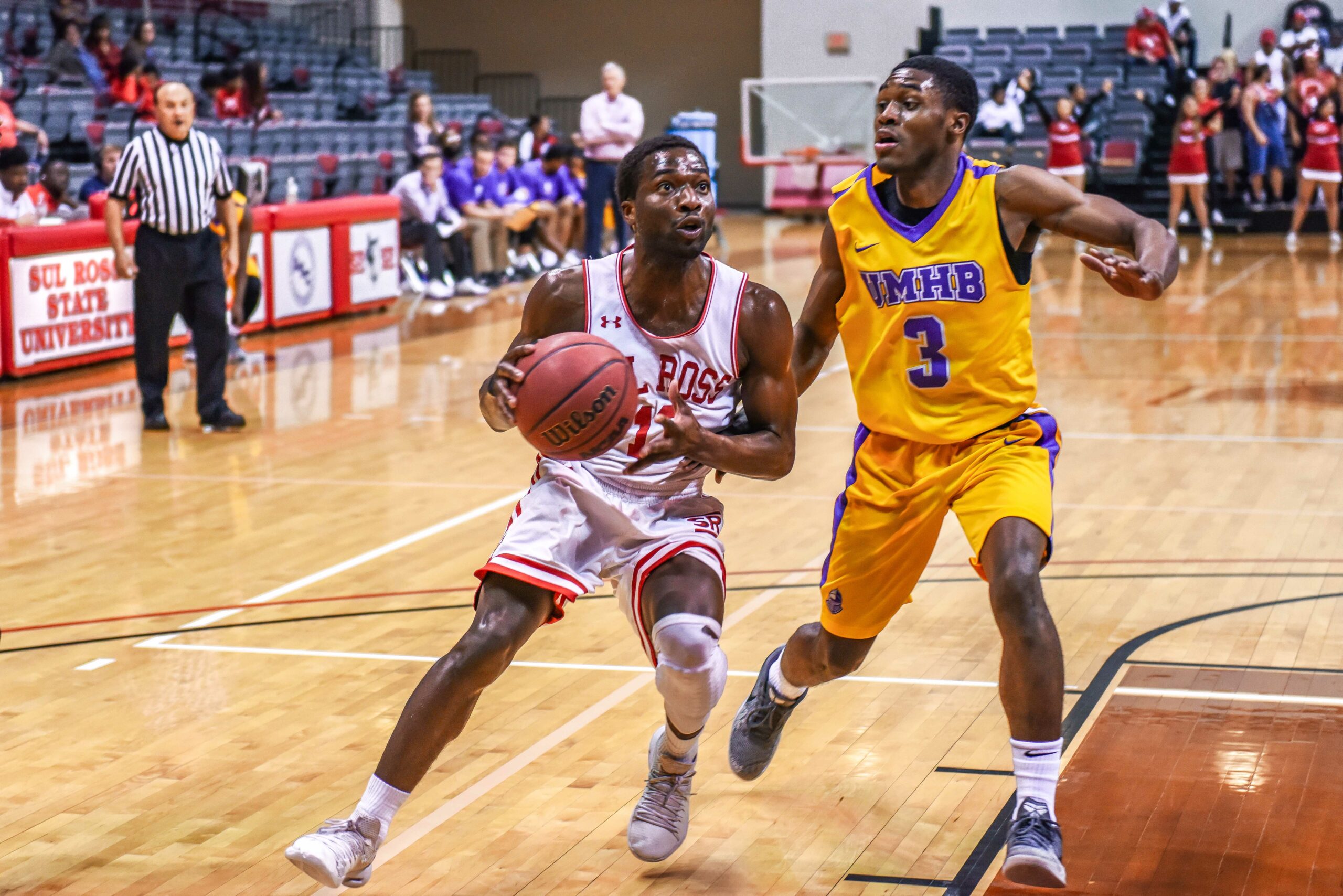 The Cru started the game with a 9-2 run before Licon’s three-pointer cut Sully’s deficit to four with 16:21 left in the first half.

Hollis then connected from long range giving Sul Ross a 14-13 lead at 13:41. Sully would hold three, five-point leads through the next five and a half minutes before Mary Hardin-Baylor’s Brian Long converted a pair of free throws and pulled the visitors to within one at 9:04.

The Cru’s Demarius Cress scored on a jumper just over two minutes later and gave the visitors a 35-34 lead.

UMHB would sport a slim lead over the next three minutes before Cole Avery drained a three-point basket to tie the game at 39 at 2:59.

Licon then broke the knot on a free throw and started a 5-0 run ending on a foul shot by Avery for a 44-39 Sul Ross lead with 1:25 left until the break.

A jump hook by Fry with seven seconds remaining gave Sully a 46-41 lead heading to intermission.

The Cru cut the deficit to one with a three-pointer by Sam Moore with 15:36 left in the contest.  Moore connected again from midrange to tie the game at 58 at 12:40.

Jack Kirkpatrick then converted from the paint to break the tie before Mary Hardin-Baylor took the go ahead and sported a seven-point,  67-60 advantage with 10:38 remaining.

Five more lead swaps ensued before the second of two free throws by Kirkpatrick gave Sully a 77-76 lead at 3:39.

Hollis knocked down another three ball two possessions later for an 80-76 lead at 2:30.

Sul Ross maintained the lead until Cress’ free throw finished off an old school triple to knot the game up at 84 with just over a minute left in the game.

Two foul shots by Conner Dawson broke the tie before Hollis went to the stripe and nailed two more free throws for an 88-84 Lobo lead.

Another free throw by Cress at 12 seconds narrowed the Cru’s deficit to one before a fast break layup by Otubu and a free throw by Hollis gave Sully a four-point cushion.

With nine-tenths of a second remaining, Cress returned to the line for a pair of free throws but the Lobos prevailed on the in bound pass for the 91-89 victory.

Fry and Licon led rebounders with nine and eight boards respectively.  Sul Ross was red hot from the free throw line converting 15-of-17 foul shots including 12-for-12 in the second half.

Sul Ross will face Howard Payne University in a February 2 rematch.  Tip off is slated for 3:00 p.m. at the Gallego Center and will be streamed live on the Sul Ross Sports Network.