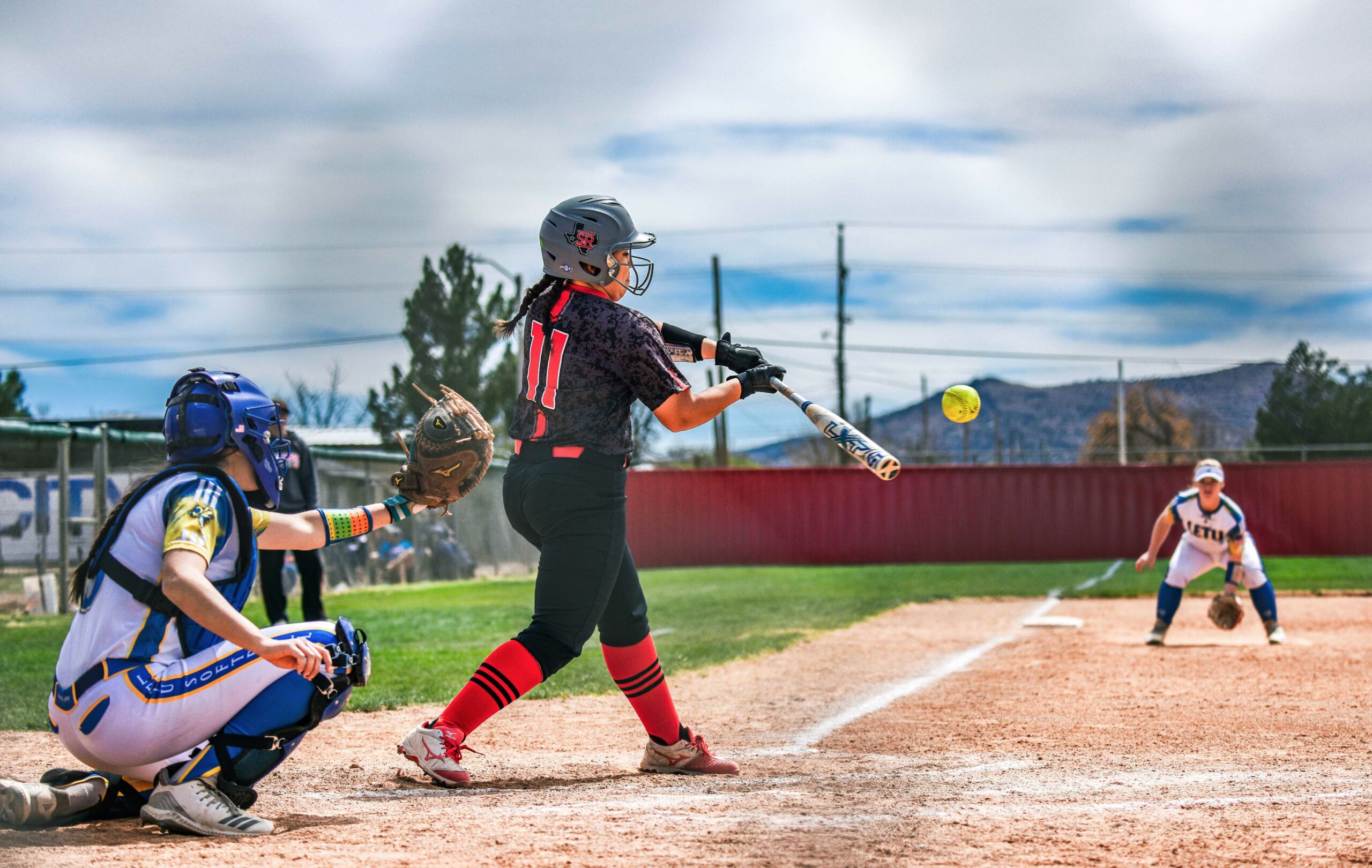 ALPINE, Texas- A 15-hit payload by the Lady Lobos paired with Jodie Vaughn’s three-hit shut out led to a 14-0 victory over visiting LeTourneau University in Saturday’s rubber match.

The home team drove five runs across in the bottom of the first inning as Camryn Hardin scored on a bases-loaded walk by Mary Villareal.

A three-run triple by Gabriela Raimondi then scored Villareal, Abbie Alvarado and Payslee Sims before an RBI ground out by Hailey Guillen plated Raimondi for a 5-0 Sul Ross lead.

The Lady Lobos exploded with nine insurance runs in the second as Annika Canaba scored on a single by Villareal.

A single up the middle by Raimondi then sent Alvarado and Tatum Lynch across for an 8-0 Sul Ross advantage.

Villareal then scored on a single by Guillen before a three-run double by Ashley Weatherford scored Guillen, Anaya Losoya and Raimondi.

Hardin doubled Weatherford across then scored on a wild pitch for a 14-0 lead and the eventual final after five innings.

Losoya finished at 2-for-2 while Sims posted a 2-for-3 showing.

Vaughn pitched a complete game in the shutout and struck out six opposing batters while allowing just one walk.

Saturday’s victory improves the Lady Lobos to 7-6 on the season and 5-6 in ASC competition. The Yellowjackets slump to 10-6 and 8-4.

Sully will visit Schreiner University for a Tuesday non-conference doubleheader before returning to ASC play March 15 and 16 in a three-game series at Hardin-Simmons.