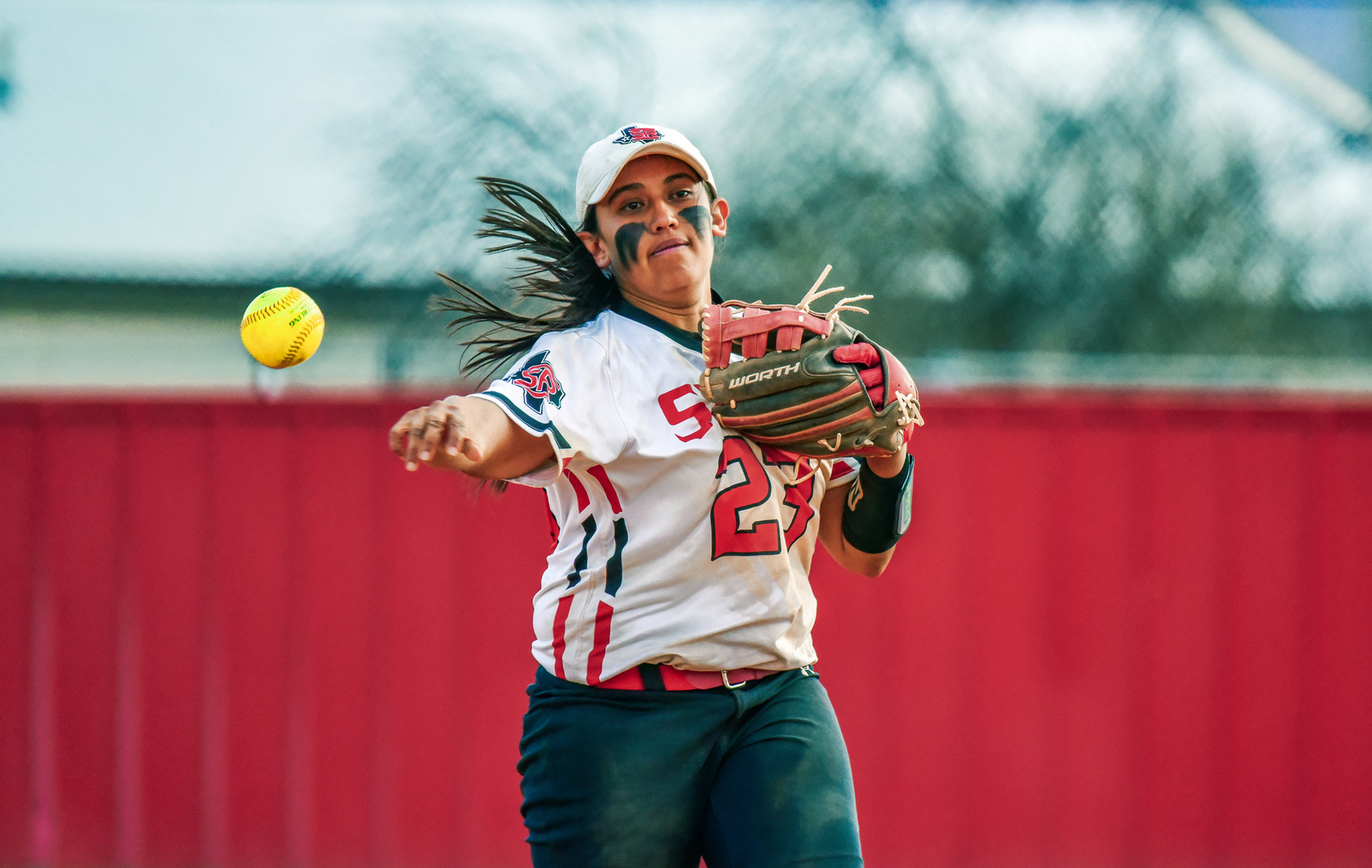 Sully rallied from a 2-0 deficit to defeat the Mountaineers, 5-3 in game one before posting 13 hits en route to an 8-1 victory in game two.

Schreiner scored the first two runs of the game in the bottom of the first and third.

The Lady Lobos took the lead in their half of the fifth as Anaya Losoya scored off a sacrifice fly by Hailey Guillen.  Another SAC fly off of the bat on Annika Canaba brought Ashley

Weatherford across to tie the game at two.

A single by Heather Rios then scored Payslee Sims to break the tie before the Mountaineers knotted the contest at three in the bottom of the fifth.

Sully posted a pair of runs in the seventh as Mary Villareal doubled scoring Sims and Abbie Alvarado for a 5-3 lead heading to the final score.

Freshman Jodie Vaughn improved to 10-9 on the season and threw her fourth straight complete-game victory.

Vaughn recorded five strikeouts on the afternoon while Rios led the hitting department batting 2-for-4 with a run scored.

The Lady Lobos dotted the second through the sixth innings with a run in each frame.

A single by Weatherford in the second scored Losoya for a 1-0 lead.

Canaba then scored on a sacrifice fly by Sims in the third before Rebecca Rodriguez singled Villareal across in the fourth.

In the fifth and sixth, Isabella Garcia came across off a SAC fly by Canaba before Rios reached on a single scoring Rodriguez for a 5-0 Sul Ross lead.

The Mountaineers mustered a run in the bottom of the sixth and trailed by four.

Sul Ross sealed the deal in the seventh with a three-run attack.

A double by Villareal scored Canaba before another double by Rodriguez brought Villareal in to score.

The visitors plated their final run of the contest as Losoya reached on a single scoring Rodriguez.

The three-game series will be streamed live on the Sul Ross Sports Network.