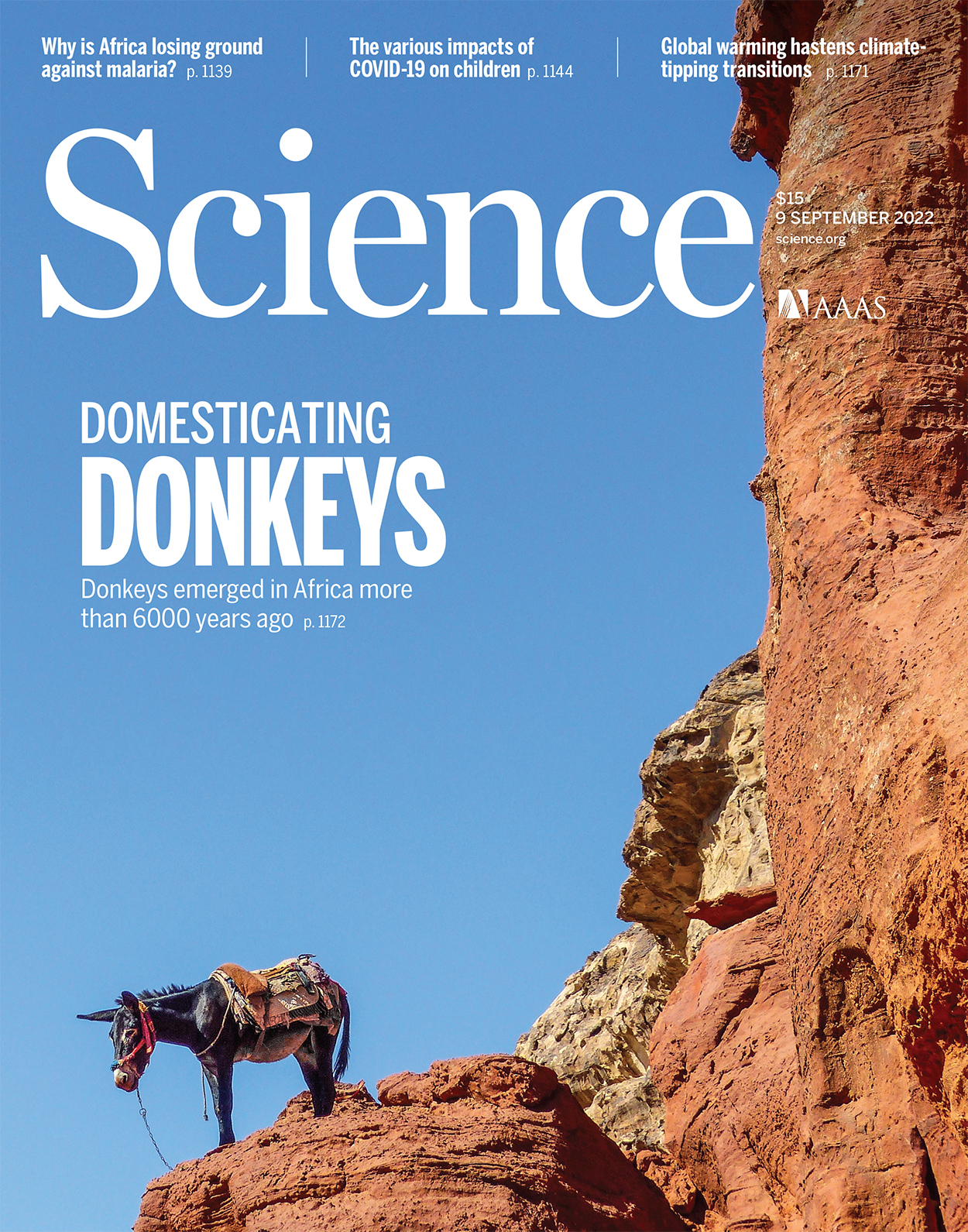 Donkeys generally strike us as stubborn, and not particularly fast animals. Yet, a new study released in the Sept. 9 issue of the journal Science now reveals that donkeys spread like a wildfire out of Africa around 4,500 years ago, reaching Europe and Asia within only a few centuries.

This demonstrates the key role that donkeys played in past human societies, especially as beasts-of-burden mobilizing people, culture and goods across arid deserts and steep mountains.

Surprisingly, where and when donkeys were first domesticated has remained a long-standing scientific mystery. Archaeological findings, as well as texts and iconographic evidence, have suggested the broad region of north-eastern Africa as a possible source. But they also pointed to regions outside Africa, possibly the Arabian peninsula, or even further away in Mesopotamia. Previous work aimed at tracking the evolutionary history of donkeys using their genetics failed to find significant support for any candidate region.

“We decided to sequence the genome of donkeys living in regions that were previously overlooked,” said Ludovic Orlando, CNRS Research Director at the Centre for Anthropobiology and Genomics of Toulouse (CNRS / University Toulouse III Paul Sabatier) and senior author of the study. “This was expected to reveal important missing parts of the puzzle.”

This provided the research team, which comprises 49 scientists from 37 laboratories around the world, with the most extensive genome panel of donkeys. However, mapping the genetic diversity of donkeys today may not have been sufficient as modern breeding and trade may have exchanged animals over very distant regions. Therefore, the researchers also ought to characterize the genomes of donkeys that lived in the past, leveraging state-of-the-art technologies in ancient DNA research.

Dr. Laura Patterson Rosa, assistant professor of Animal and Equine Sciences at Sul Ross State University, was part of the team that analyzed the genome of the donkeys as part of the study.  Dr Patterson Rosa’s efforts included sampling a unique South American donkey breed, the Pega donkey, that has been heavily selected for its smooth locomotion — as a “gaited” donkey breed — and endurance since colonization of the Americas. The worldwide and historical comparative genomic analysis demonstrated that the written historical accounts of the origin of this breed may not be entirely accurate. Furthermore, results enlightened the high genomic inbreeding, posing an issue for concern as conservation of the Pega donkey may require planned outcrosses to maintain health and population diversity.

“Modern donkeys living in different regions of the world show quite strong genetic differences, especially between the African, European and Asian continents,” said Dr. Evelyn Todd, first author of the study. In addition to striking geographic differences, the team found that the timing of the separation between the different populations followed a clear trend, starting first in Africa and spreading into Eurasia and Asia. The researchers report an African origin around 7,000 years ago, a time roughly close to when the once green Sahara region became one of the most arid deserts in the planet. They estimate that donkeys spread out of Africa at least 4,500 years ago, and rapidly expanded both east into Asia and west into Europe within 1,000 years at most. The expansion did not just follow one direction but also returned to Africa. For example, donkeys were already exchanged between Europe and Africa across the Mediterranean Sea by the Roman times, the study finds. While these exchanges went both ways and continued after the collapse of the Roman Empire, they left the most important genetic footprint in modern donkeys from western Africa.

Ancient genomes provide securely located time points, which helped the researchers track the expansion of donkeys across the world. They also revealed the presence of previously unknown genetic lineages. One such lineage was found in the Levant some 2,000 years ago, but probably inhabited a much larger geographic region, as the researchers could identify traces of their genetic legacy in modern donkeys throughout Eastern Europe, Central Asia and Eastern Asia. Furthermore, the researchers reveal that wild donkey relatives also contributed a fraction of their genes to various regions of the world. For Evelyn Todd, “This likely reflects free-ranging management of local donkey populations in some African regions and in the Arabian Peninsula.” Clearly, the study reveals an important difference between the donkey and their close relative, the horse. In contrast to horses, inbreeding in donkeys did not particularly increase in modern times, which suggests similar reproductive strategies now and in the past.

But the researchers went beyond just tracking global patterns of donkey management techniques. They found a mule breeding center at Boinville-en-Woëvre, a Roman site from Northern France dating to the second to fifth century. There, breeders appear to have produced particularly inbred families of giant donkeys at a time when mules provided the workforce for delivering military equipment and goods across an Empire that stretched over thousands of kilometers. Mating between those giant donkeys and horse females allowed breeders to produce highly-prized sterile mules. Here, the genetic evidence echoes the texts of Roman writers who described that selective breeding for animals of exceptional stature was already common practice and a lucrative business at the time. “This is the beauty of ancient DNA to provide data that allow us to test hypotheses from other classical historical sources,” concluded Orlando. The genetic study went one step further: the limited presence of horses at Boinville-en-Woëvre suggests either horse females brought in for mating, or donkey breeders visiting surrounding farms with their giant males. Another kind of journey, admittedly over a more limited region than the one that brought their ancestors outside of Africa thousands of years earlier, but that nonetheless contributed to building the powerful Roman Empire.