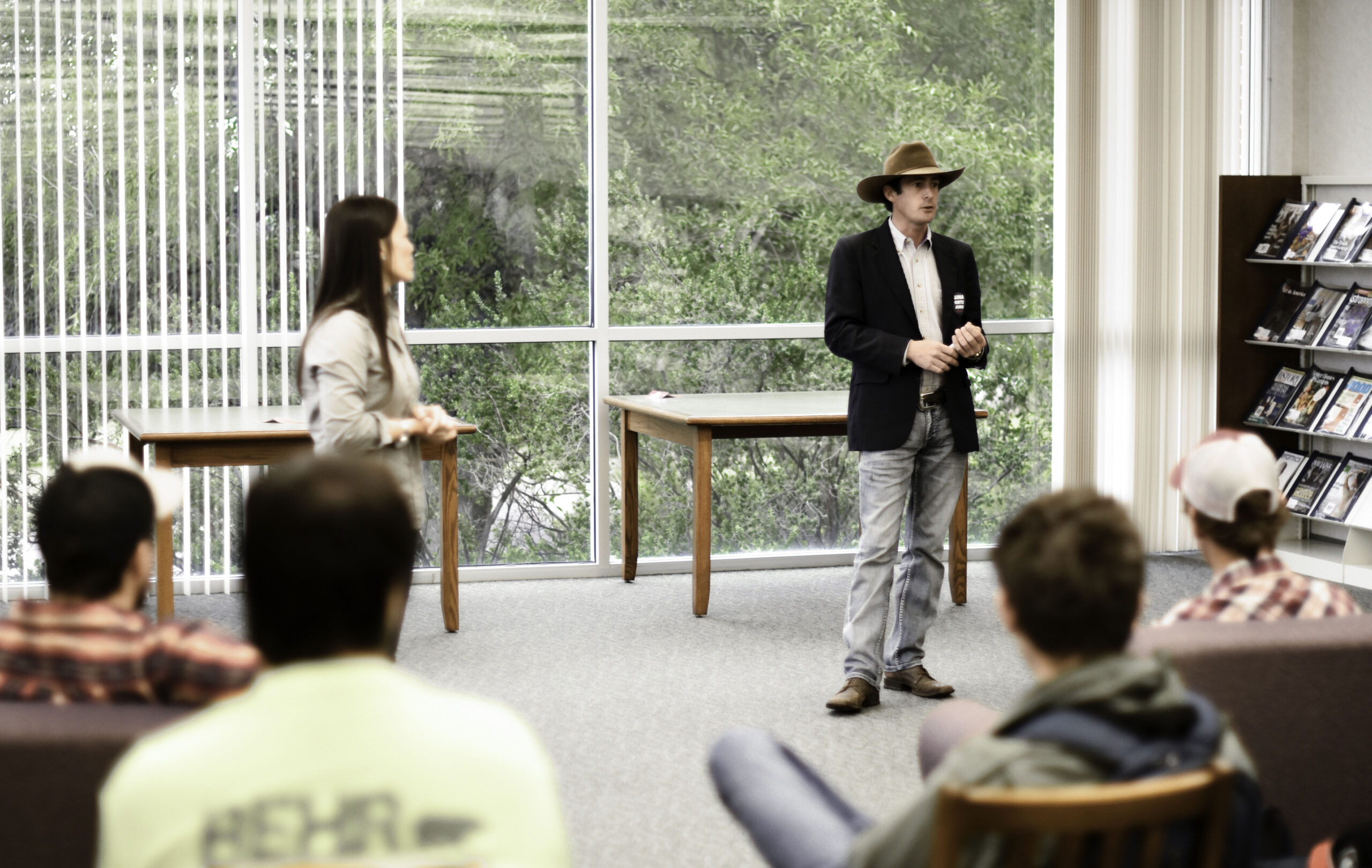 • by Oliver Pinckney and Paul Slocumb •

“I’m excited and honored,” said Buchanan.  “I’m very grateful to have my work acknowledged by TOWA members and to receive their financial support.”

Buchanan is a junior conservation biology major who initially chose Sul Ross to be close to his stepfather’s Marfa ranches.  He now views the Big Bend region as his home and an excellent place to hone his writing and wildlife photography.

“The Alpine campus is a unique setting,” he said.  “It offers an inspiring and intimate learning environment for studying ecology.”

The $2,000 TOWA scholarship recognizes student writers, artists, and photographers like Buchanan who can communicate the importance of appreciating and conserving Earth’s natural heritage.  The award’s namesake, Dan Klepper, was a highly regarded outdoor journalist for the San Antonio Express-News and a co-founder of TOWA.

“Brandt is already engaged in applied writing projects which promote tourism, resolve environmental issues, and improve the quality of life in Alpine,” said Francis.  “His background as a guide, hunter, and nature photographer have influenced a talented writing style which is kind and witty at the same time.  I’m looking forward to seeing his creative writing about the Big Bend landscape, and I think we’re lucky to see him begin his career as a writer here at Sul Ross.”

According to Judy Mills, co-chair of TOWA’s scholarship committee, the 2019 Klepper Scholarship received 19 applications from students at eight different Texas universities.  Buchanan, who learned of the scholarship opportunity from Dr. Ryan Luna, chair of the Sul Ross Department of Natural Resource Management, was one of two applicants selected for this year’s award.

“Brandt was selected as a winner because his career goals, outdoor activities, published articles and photographs, and letters of recommendations from people who know him well have all shown him putting his priorities and commitments into action,” said Mills.  “To phrase it tritely, he walks the walk and doesn’t just talk the talk.”

In addition to the check for $2,000, Buchanan received a student membership to TOWA which allows him to participate on the same level as professional members.  Buchanan and the other 2019 Klepper awardee, Joseph Richards of Texas A&M College Station, were presented to fellow TOWA members at their 61st annual conference in Corpus Christi on March 2.  In addition to being guests of honor at the awards banquet, the pair attended numerous information sessions provided by groups such as The Bighorn Society, Ducks Unlimited, Texas Department of Agriculture, Texas Parks & Wildlife, Texas Foundation for Conservation, and The Mule Deer Foundation.

Back in Alpine, Buchanan is preparing post-graduation plans which include attending law school in Austin or San Antonio.

“After that, I’d like to pursue a career that allows me to provide landowners and environmental-conservation organizations with the ability to defend our natural resources,” he said, adding that the conservation movement’s future depends on successfully communicating the importance of wildlife and natural resources.  “Storytelling is one of the best tools we can use as conservationists to inspire valuable relationships between people and the outdoors.”