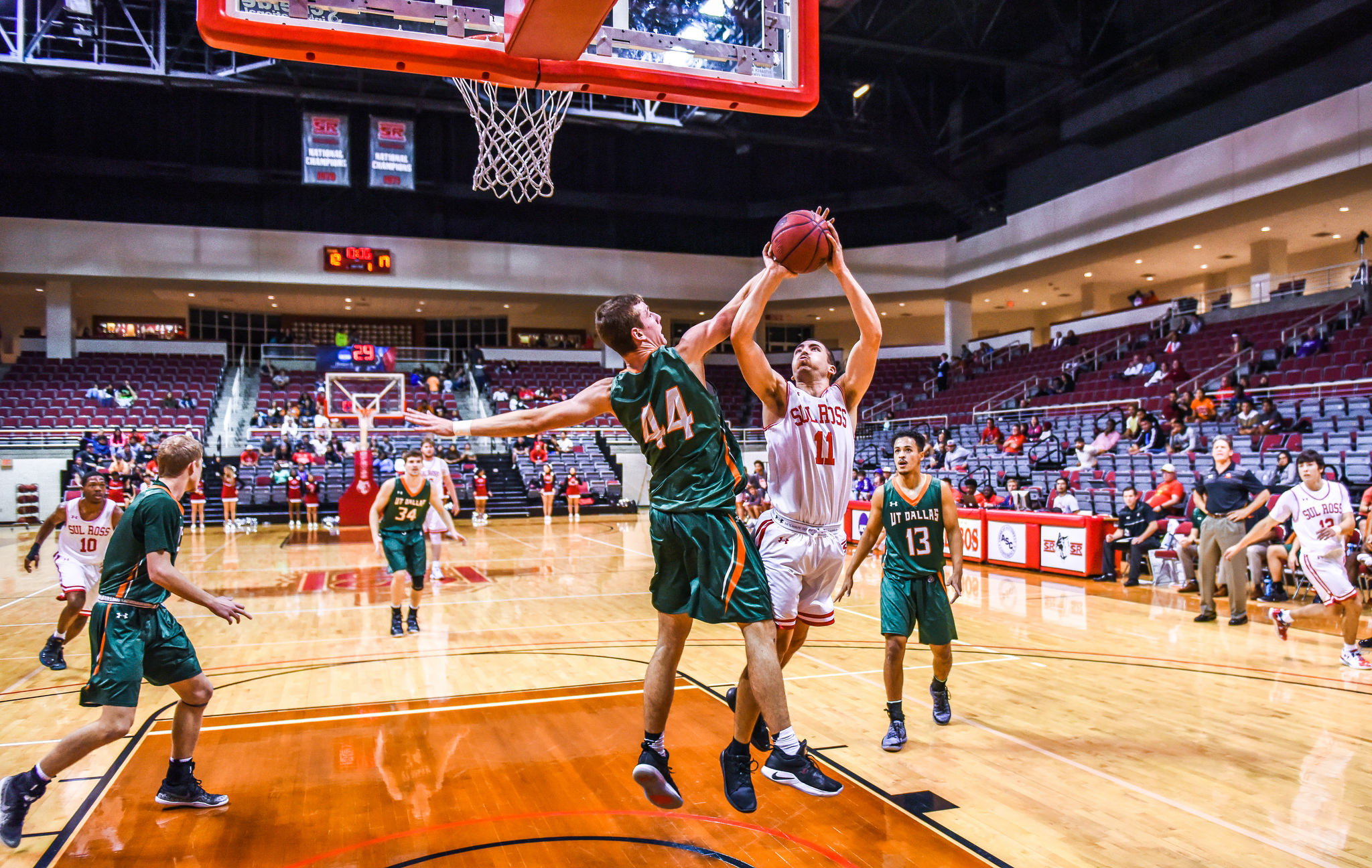 McMurry started the contest with a 4-0 run that stretched over the first two minutes of the opening half.

Hollis lit the board first for the Lobos on a long range jumper and pulled the visitors with within one at the 17:44 mark.

Two free throws by Jack Kirkpatrick gave Sully a brief 7-6 lead at 16:29 before the War Hawks’ Zacc Carter banked from midrange on the ensuing possession and swung the favor back to the home squad.

A three-pointer by Conner Dawson at 15:15 put Sully back ahead by a 10-9 lead before Jezreel Griffin converted a three ball 21 seconds later extending the Lobo lead to four.

Two lead exchanges followed before Avery knocked down a transition three-pointer for a 21-17 Lobo lead.

Sully would go on to sport a pair of seven-point leads before the War Hawks narrowed their deficit to one off a Carter layup with 4:54 left before the half.

A jumper in the paint by McMurry’s Mike Williams gave the War Hawks a quick one-point lead at 3:37 before Brayden Fry hit a long range bucket for a 34-32 lead for the visitors.

Fry then scored on a jump hook to extend Sully’s lead to four.

Sul  Ross would hold one more four-point lead with under a minute remaining before the War Hawks’ Khalil Butler drained a buzzer-beating three-pointer pulling McMurry’s deficit to within one, trailing 42-41 at intermission.

Williams gave McMurry a one-point lead 18 seconds into the second half off a layup.

The Lobos quickly regained the lead and went on a 5-0 run capped by a three-pointer by Avery at 17:22.

A three-pointer by McMurry’s Colin Taylor tied the game at 60 at 11:21 before Jordan Jackson broke the knot with another three ball for a 63-60 War Hawk lead.

Jackson struck again near the midway mark on another triple extending the home team’s lead to six.

Sul Ross tied the game at 68 off a layup by Tristen Licon with 7:36 remaining in the game.

Following a War Hawk tie-breaking bucket, Licon knotted the game again off another layup at 5:58.

One more tie would follow before the Lobos would hold a pair of three-point leads off of free throws by Fry and a three-pointer by Conner Dawson.

Trevin Ramirez then drained a three-pointer to tie the game at 79 at 1:50. Following a Lobo foul, Ramirez returned to the stripe with two seconds left and hit the tie-breaking and the eventual game-winning free throw for the 80-79 final score.

Fry finished the game with 11 points while Licon, Dawson and Griffin sported 10 points each.

The Lobos will face Hardin-Simmons University Saturday. Tip off is 3:00 p.m. from the Mabee Complex.