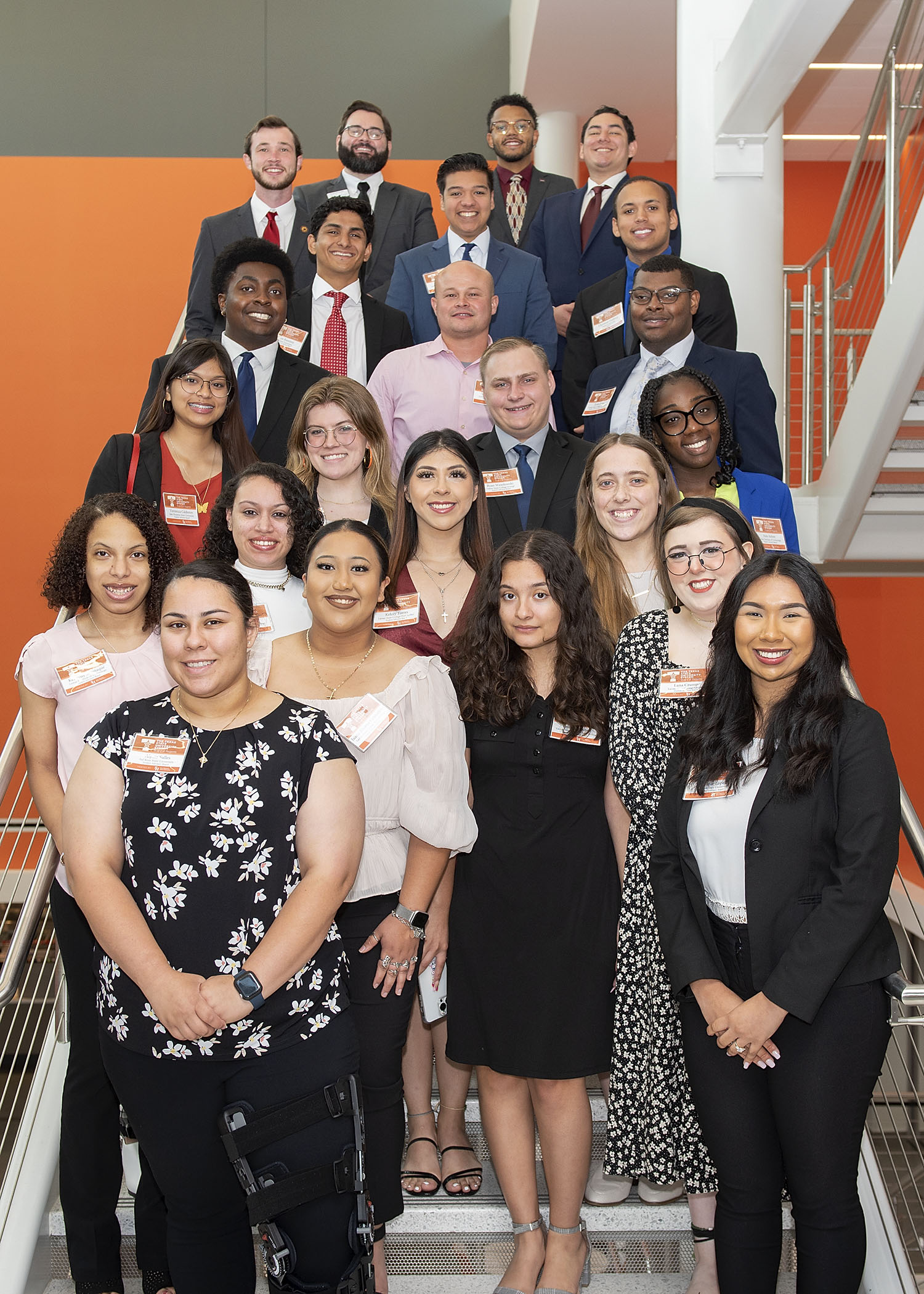 She was nominated along with students from Texas State University in San Marcos and Lamar University in Beaumont. Lopez follows in the footsteps of another Lobo woman, Monica Quiroga, an SRSU graduate who previously held the top post.

Lopez is a pre-physical therapy kinesiology major with plans to obtain her doctorate. She is also serving as the vice president of the SRSU Student Government and is the Student Support Services president, along with several committee assignments. The ability to get involved on campus is part of what drew Lopez to Sul Ross.

“I have been able to be involved in many things,” she said. “My goal when I leave Sul Ross is to be able to leave an impact on students and allow them to also be strong and not be afraid to be the change, make this campus their own so they have great memories to look back on.”

Ben Telesca, vice president for Student Affairs, said many of the initiatives of the TSUS Student Advisory Board align with goals that Sul Ross has for the benefit of its students.

“We are tremendously proud of the voice and leadership this Lobo will have in crafting directions for the TSUS and its member institutions,” he said. “Sul Ross can be proud of being represented by Aniqué, and she will ensure the voices of her fellow students will be heard.”

Over the last school year, Lopez said the Student Government Association has been advocating for more student focus on the Sul Ross campus. “We want this to be another family for students where they can have fun and live life while furthering their education.”

In a speech to Board of Regents and Chancellor Brian McCall, Lopez introduced the four main issues that the SAB plans to address over the course of her term.

The Texas State University System is the only state system that invites student leaders to the Board of Regents meetings.

Lopez will next report to the Regents at their November meeting. Her term ends in May 2023

Cutline: Aniqué Lopez (front right) was elected as the chairwoman of the Student Advisory Board to the Texas State University System Board of Regents at the May meeting. It is the first time an SRSU student has held the position. Sul Ross SGA President Alyssa Salles (front left) also attended the meeting in Huntsville.